Contemporary Native American music is a genre all its own and many of the performers have seen remarkable success. That success didn't come easy. Native American music has never received the attention it deserves. The artists and styles of music are as varied as their tribal ceremonies and traditions. I like it all. Whether it's the sound of a lone cedar flute or a more contemporary digitized sound, the music of Native American artists is my music of choice these days. In this hub, I will concentrate on the artists who have embraced a more contemporary sound.

Native American music has yet to be embraced by mainstream radio. You won't hear it driving down the road on Sirius. The genre was not recognized by the major music award shows until 2001 when the first Grammy for Native American music was awarded to Tom Bee and Douglas Spotted Eagle for the CD titled Gathering of Nations Powwow. In 1998, the Native American Music Awards (NAMA) was founded and annually rewards the achievement of Native American artists. Contemporary Native American artists are a new breed of talent honoring their traditional heritage with a more contemporary approach. It's quite good and I hope you will add some of the artists showcased here to-your music library. Many of them donate proceeds from their music to social and environmental charities.

I met Bill Miller in the early 90's when he performed in a small, very up close and personal venue at Lime Kiln Theater in Lexington, Virginia. He blew me away with his talent and more so with his ability to reach out to the audience and make them feel like an old friend. I've been a fan ever since.

Bill Miller was born in 1955 on the Stockbridge Munsee Reservation in northern Wisconsin. His Mohican name is Fush-Ya Heay Aka which means "bird song". Bill's early days were spent playing electric guitar in rock bands. 1994 found Bill moving to Nashville, wanting to change the direction of his career. As an awesome acoustic guitarist, Bill was often classified as a folk or world genre act and it kept him off the radar again for a major record label. His career as a Native American artist skyrocketed after Tori Amos showcased him as her opening act for over 200 shows during her "Under the Pink" tour.

Now, with some recognition and an audience, Bill made the decision to embrace his heritage and to dedicate his career to honoring his Mohican ancestry. Today, audiences are mesmerized by Bill's unique and haunting flute solos. He's one heck of a guitar picker too. Bill is a writer, story-teller, and spiritually awakened guy that connects with his audience on a personal level. He has become the voice for those who have no voice and is a three-time Grammy winner. 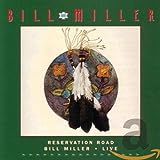 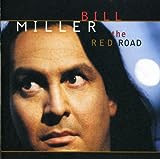 Most will remember Rita Coolidge as a stunning vocalist from the 70's but you probably don't know that Rita has Cherokee heritage.

In 1994, Rita returned to her Cherokee roots and teamed up with her sister Priscilla Coolidge and Priscilla's daughter, Laura Satterfield to form the group Walela. They made their debut as a group in 1994 backing up Robbie Robertson on his Music for Native Americans project.

I loved Rita Coolidge as a solo artist but the harmonies of this trio have one my heart. With deep roots in gospel, their harmonies and intertwining use of Cherokee language with English, give every Walela performance a spiritual tone that touches your soul. 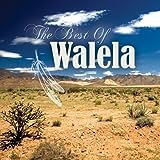 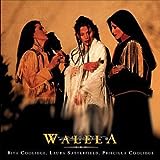 Acapella at it's finest ! Ulali is Pura Fe (Tuscarora), Soni Moreno (Mayan/Apache/Yaqui), and Jennifer Kreisberg (Tuscarora) and these women know what they're doing. The first time I heard them I was hooked. Ulali blends their traditional roots with a contemporary style to form a new genre of music. These ladies have rhythm, they've got soul, and they've got harmony. Each has a solo career that stands on it's own merit as well. Ulali performs on the soundtrack for the movie Smoke Signals as well as being featured artists for Weaving The Strands; Music by Contemporary Native American Women and Tribal Fires: Contemporary Native American Voices. 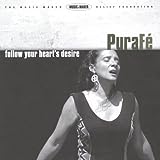 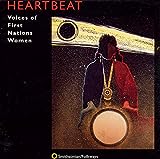 Brule may well be credited with bringing digitized sound to Indian Country but then, there is much about Brule that is unconventional. For starters, Paul LaRoche, the keyboard player for the group, only discovered his Native ancestry in 1993. Paul had been adopted off the reservation after birth and it wasn't until the death of his adoptive parents that he discovered his heritage. And, he was reunited with a brother and sister he did not know about. He reconnected with his roots and embraced the culture that he had been denied. More importantly, he turned the negative experience into one that has placed him in the category of top-selling Native American artists. Nicole LaRoche, Paul's daughter, is the extraordinary flute player for the band. Add Shane LaRoche, Paul's son and awesome guitarist to the mix and you can see why Brule has experienced such success. Lowery Begay (Dine') and Kurt Olson are the percussionists for the group. It is said that the drum beat is the heart beat of mother earth. These guys make you believe it. Brule's sound is electrifying. It is "feel good" music full of drama, percussion, and the passion of one who has found his place among the People. Each performance (including traditional dancers) declares - "I was denied who I was but now I know. I am a proud Brule Sioux!" 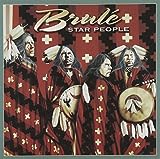 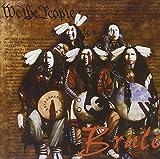 We the People
Buy Now

There is always controversy in Indian Country over mixed bloods embracing their heritage and traditions but I choose not to engage in the argument. Each of the artists profiled here are of mixed blood. They have chosen not only to "be" Indian, but they each, in their own way, are giving back to their Indian communities. They are proud of their rich heritage. In my opinion, there is no argument that they are taking something that doesn't belong to them. They are walking softly upon the earth in beauty, honor, and in the spirit of the Sacred. I hope you will enjoy them as I have.

Read more of my hubs here.