While dignitaries representing countries throughout the nations gathered in December 2010, the seat reserved for the winner of this honourable award remained empty, for the first time in 74 years. The 2010 Nobel Peace Prize was awarded to a man who was unable to accept. Not because he didn't want to, or couldn't afford to be at the ceremony but because he was in prison.

There is some irony in the fact that Liu Xiaobo was awarded the prize "for his long and non-violent struggle for fundamental human rights in China" yet his own basic human rights have been denied. His wife was held under house arrest as were other close family members, so that no-one could represent him in accepting the award on his behalf.

Liu Xiaobo has spent the past twenty years as a spokesperson for Chinese citizen’s rights. He took part in the Tiananmen protests of 1989 but was imprisoned for eleven years for “inciting subversion of state power”.

Imagine all the World Living Life in Peace

John Lennon's composition of the infamous song, Imagine, is powerful yet simplistic. Eva Cassidy's voice in the video below takes the lyrics to a new dimension. Hit the play button and let the music flow, while you read on and imagine. It is an important message that hasn't aged with time but has perhaps become more appropriate in an increasingly troubled world. The Nobel Peace Prize could be seen as a stepping stone to achieving a world that will live as one.

If you enjoyed the voice of Eva Cassidy singing John Lennon's Imagine and want to hear more from her click below. There are more Eva Cassidy albums at the end of this Hub. 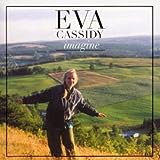 How are the Nobel Peace Prizes Determined?

Alfred Nobel left a substantial amount of his estate to the Nobel Prizes. In his will he cited the fifth of these awards would be for peace, in recognition of "the person who shall have done the most or the best work for fraternity between nations, for the abolition or reduction of standing armies and for the holding and promotion of peace congresses".

Each year the Norwegian Nobel Committee send out invitations to a select number of people asking them for nominations for the peace prize. 237 names were submitted for the 2010 selection but the identity of nominees are never released until 50 years have passed. Nominations are called for in September then short listed in February of the following year. The list is reviewed by advisers over the course of several months.

None of the above nominees ever received an award.

Kim Dae-Jung was recognised in the year 2000 for his outspoken views of democracy in South Korea and East Asia in spite of consistent threats on his life. Kim Dae-Jung spent long periods in exile but continued to speak out for democracy.

Kofi Annan in conjunction with the United Nations were jointly awarded in 2001 "for their work for a better organized and more peaceful world ”. Kofi Annan was recognised for his advocacy of human rights.

Former US President, Jimmy Carter received the award in 2002 for his efforts over many decades to bring about peaceful solutions internationally and improving human rights and democracy.

The 2003 Nobel Peace Prize was awarded to Shirin Ebadi in special recognition of her efforts to improve women and children’s rights.

Wangari Maathai, an environmental activist from Kenya and founder of the Green Belt Movement, received the award in 2004 for her contribution to democracy and peace. Wangari was the first African woman to be awarded the prize. She died at the age of 71 in 2011 after a long battle with cancer.

As director of the International Atomic Energy Agency in 2005, Mohamed ElBaradei was given the award jointly with the agency for “ efforts to prevent nuclear energy from being used for military purposes and to ensure that nuclear energy, for peaceful purposes, is used in the safest possible way".

Muhammad Yunus is a Bangladeshi economist and founder of the Grameen Bank, awarded jointly in 2006 for economic and social development efforts.

Martti Ahtisaari was recognised in 2008 for his work spanning more than thirty years and covering several continents to resolve international conflicts.

"For his extraordinary efforts to strengthen international diplomacy and cooperation between peoples" , the 2009 award was received by the US President Barack H Obama .

Thank you to the Ordinary People

In what seems to be an increasingly violent world it is somehow comforting to know there are those among us who strive to bring about change in human conditions, regardless of the personal sacrifices they may have to make. Around the globe, today, there are any number of people who will be nominated for next year’s Nobel Peace Prize. Unless they win in 2011, no-one will know who they are for fifty years.

On behalf of my grandchildren and great grandchildren, who have yet to be born, I take this moment to say, thank you from the bottom of my heart. These sentiments are for all the ordinary people doing extraordinary things in the name of human rights and peace. 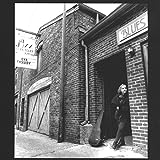