On the Multiple and Varied Sources of Resin, from the Hot Humid Amazon Forest, the Arid Sahel to the Sunny Australia

In a previous hub I talked about the origin, main uses and economic importance of resin and its derivative products. In this hub, I will describe the main sources of natural resin and the reasons behind their extraction and production. Although pine resin accounts for more than 90% of the world resin production, there are other resins and related products that are consumed over a variety of ways and for very different reasons. These “other” resins come mostly from angiosperms species, flowering plants, and these are vastly distributed throughout the planet under very different climate and conditions. Some of them have been bred and selected for a very long time and their importance and their value fluctuated according to human development and interest. I will start first with the resins obtained from conifers other than pine then move to the resins extracted and processed from angiosperms.

Sandarac (or sandarach) is a resin obtained from the small cypress-like tree, also called sandarac or the Barbary thuja, Tetraclinis articulata. Sandarac is endemic to the western Mediterranean region, most notably to the northwest of Africa in the southern Morocco part of the Atlas Mountains. The resin exudes naturally on the stems of the tree but it is mainly obtained from tapping the trunk. Historically, especially in the Late Medieval and Renaissance era, sandarac was highly valued as it was used to make varnish. Back then, in Renaissance Italy it was known also as Italian vernice. Today, its value still remains high, mostly due to its costly production. Sandarac varnish is still used as a protective coating on paintings and antiques. A similar resin is obtained in southern Australia from some species of the Australian cypress-like trees of the genus Callitris, locally known as cypress-pine, but the resin has not been systematically collected in Australia in order to become economically important. Bot Sandarac and the cypress-pine belong to the same family of the common cypress, Cupressaceae, which also produces resin like all conifers.

In New Zealand, specifically in the North Island, there is another conifer famous for its resin, the kauri pine, Agathis australis. Kauri pines are the biggest tree (by volume) found in New Zealand. Kauri gum, a fossilized resin, detracted from kauri trees is used for chewing or tattooing, and often is made into jewellery, similarly to amber. Kauri trees once covered much of the New Zealand North Island, before Māori and European settlers caused serious deforestation. Today is mostly found naturally on the northwest part of the New Zealand North Island. In north-eastern Australia, Queensland Kauri or Smooth-barked Kauri, Agathis robusta, was also explored by aborigine and Europeans for its resin and for the same reasons. Spectacular trees of prodigious size are much rarer than in pre-European times; despite this, the species as a whole is not endangered.

Jatobá, Brazil Copal, or South American Locust, Hymenaea courbaril, is a tree common to the Caribbean, Central, and South America. Throughout its American range, indigenous peoples have used and still use its resin for incense and as a cement. In the eastern African coast, namely in Zanzibar island, Zanzibar copal, Hymenaea verrucosa, 18th century Europeans found its resin to be a valuable ingredient in making a good wood varnish, similar to South American copal. Its peak of demand was in late 19th and early 20th century when varnish manufacturers in England and America were using it on train carriages.

Dammar gum is obtained from the Dipterocarpaceae family of trees in India and East Asia. As it is all natural resin, it is also obtained from tapping trees; however, some is collected in fossilized form from the ground. The gum varies in colour from clear to pale yellow, while the fossilized form is grey-brown. It is used in foods, as either a clouding or a glazing agent, in the making of incense, varnishing and in other processes. Dammar was first introduced as a picture varnish in 1826, in which is still used today in oil painting, both during the painting process and after the painting is finished. Hence, is commonly referred to as dammar varnish.

The resins extracted from the species of the genus Pistacia are very well known from early ages in the Mediterranean region. The expensive and rare mastic is a resin obtained from the mastic tree, Pistacia lentiscus. The rarity of mastic and the difficulty of its production make it an expensive product. From a similar and more common species, Pistacia terebinthus, known commonly as terebinth and turpentine tree, that is native to the Canary Islands, and the whole Mediterranean region from the western regions of Morocco, and Portugal to Greece and Iran, comes terebinth resin. It is used as a source for turpentine, and quite possibly is the earliest known source. Pistacia palaestina, a similar species, also common in the eastern Mediterranean countries, is also a source for terebinth. These trees are both known as terebinth. Due to its famous antibiotic properties, especially its ability to kill certain bacteria, terebinth resin was widely used as a preservative in ancient wine production and as an antiseptic for treating wounds, in eastern Mediterranean. Its use dates back to more than 5,000 years ago, according to archaeological findings in the Zagros Mountains of Iran, in what it is one of the earliest examples of winemaking. There, archaeologists found resin deposits in jars that also contained grape-juice residue.

Canarium luzonicum, commonly known as elemi, is a tree native to the Philippines, and also an oleoresin harvested from it. However, in the 17th and 18th centuries, the term elemi was also used usually to denote a resin from trees known as icica in Brazil, Protium icicariba, mainly used in traditional medicine. Before that, the word elemi was also used to refer to the resin extracted from Boswellia frereana that is native to northern Somalia. Elemi resin, from Canarium luzonicum, is chiefly used commercially in varnishes and lacquers, and certain printing inks. It is also used traditionally in herbal medicine as well.

From the trunk of several pinnate-leaved South American leguminous trees (genus Copaifera) comes copaiba, a stimulant oleoresin that is used in making varnishes and lacquers. The thick, transparent exudate varies in colour from light gold to dark brown, depending on the ratio of resin to essential oil that can vary among species.

Frankincense, also called olibanum, is a famous aromatic resin obtained from trees of the genus Boswellia. It has many uses and traditionally it was used in anti-inflammatories along with many other a pharmacological uses. Also, it is one of the most common components of incense and is very used in perfumes. The Biblical incense frankincense was probably an extract from the resin of the tree, Boswellia sacra.

Myrrh, as you may very well know from the Bible, is the aromatic oleoresin obtained from a number of small, thorny tree species of the genus Commiphora, most commonly Commiphora myrrha, which grow in dry, stony soils. Several of these species produce fragrant resins used for incense, perfume, and medication, like the balsam of Mecca obtained from Commiphora opobalsamum and bedlium that comes from Commiphora wightii. Commiphora wightii is native from Eastern Africa and Asia, more precisely in India where is known as guggal, guggul or Mukul myrrh tree. Its fragrant resin is similar to myrrh.

Bisabol myrrh or sweet myrrh is obtained from the resin of herb Opopanax chironium from the Mediterranean basin and Africa. The resin has been used in many medicinal treatments and is also used in the production of certain perfumes.

Benzoin resin or styrax resin is a balsamic resin obtained from the bark of several species of trees in the genus Styrax. It is used in perfumes, some kinds of incense, as flavouring, and in medicine (tincture of benzoin). Its principal component is benzoic acid.

Dragon's blood is a bright red resin that was used in ancient times in many ways from varnish, medicine, incense, to dye. Dragon's blood in fact can refer to any of the resins obtained from different species of a number of distinct plant genera: Croton, Dracaena (which includes the famous Canary Islands Dragon Tree or Drago), rattan palms of the genus Daemonorops, rattan palms (Calamus rotang), and Pterocarpus.

From the resinous exudate of sweetgum (Liquidambar orientalis), in the eastern Mediterranean, comes storax. It is used in incense or as an aromatic fixative in perfumery occasionally. Although well known in the perfume industry, storax became more popular to general public as it featured as the final ingredient for Amor and Psyche in the famous novel Perfume from which the movie Perfume: The Story of a Murderer was based.

Camphor is a waxy, white or transparent solid with a strong, aromatic odour. You may know it as natural insect repellent and a flea-killing substance. Nowadays, naphthalene substituted camphor as insect repellent and is the main component in mothballs. Camphor has been used for many centuries as a culinary spice, a component of incense, and as a medicine. Camphor is obtained from the camphor tree, Cinnamomum camphora, found in Asia (particularly in Borneo and Taiwan), and also from the Borneo camphor, Dryobalanops aromatica, a giant of the Bornean forests. However, camphor also occurs in some other related trees in the laurel family, Lauraceae, notably Ocotea usambarensis, from eastern Africa, and in smaller amounts in rosemary, Rosmarinus officinalis.

The western world well known Tolu balsam or balsam of Tolu (a variant of balsam of Peru) is the resinous secretion of trees of the species Myroxylon balsamum and of Myroxylon peruiferum native from. Peru balsam has many different uses in medicine, pharmaceutical, in the food industry and in perfumery. Peru Balsam can be found in diaper rash ointments, hair tonics, antidandruff preparations, and feminine hygiene sprays and as a natural fragrance in soaps, detergents, creams, lotions, and perfumes.

Kino is the name given to a variety of blood red resin produced by various plant species, notably the African species Pterocarpus marsupium, from the India and Southeast Asia species Pterocarpus erinaceus and Butea monosperma, and from the Australian eucalypts known as ghost gums or bloodwood of genus Corymbia. Kinos are used in medicine, tanning and as dyes.

Resin ducts in mango, Mangifera indica L., are also found in the fruit and serve as a defence mechanism against insects that could prevent the tree propagation, such as fruit flies. The resin obtained from tapping the mango tree trunk is used as a substitute for gum arabic, also known as acacia gum that is obtained from two species of the acacia tree: Acacia senegal and Acacia seyal. The gum is harvested commercially from wild trees throughout the Sahel from Senegal and Sudan to Somalia, although it has been historically cultivated in Arabia and West Asia. Gum Arabic is widely used in many ways from food industry, painting and art, photography, pyrotechnics, printmaking to just chewing gum.

There are several other angiosperm trees, of tropics mostly, that produce resin. However, their resin has little to no commercial value. All species of Prunus (almonds, cherries, peaches, plums and apricots) produce aromatic resins from wounds in the trunk; this is sometimes used medicinally in some areas. There are other minor uses including dye production. However, in most cases these trees only produce significant amounts of resin as signs of serious disease infection, e.g. bacterial canker. 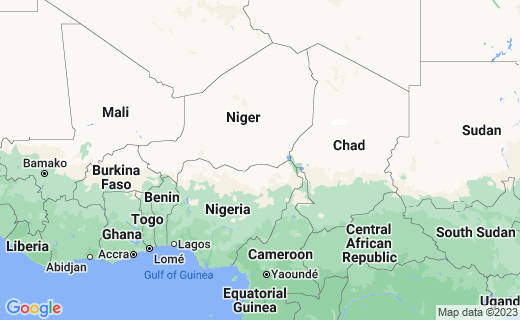 Production of Gum Arabic in Sudan