The Sweet and Deadly Trap of the Portuguese Sundew, Drosophyllum lusitanicum

Portuguese sundew or dewy pine, Drosophyllum lusitanicum, is shrub-like carnivorous plant endemic of Portugal, southern Spain and northern Morocco. It grows in pine forests, in dry, well drained soils under very arid weather. It is the only known carnivorous plant that grows in such adverse conditions. As most of you probably know, the vast majority of carnivorous plants grows in wet, water-logged, nutrient-deficient soils. This difference is one of the aspects that make the Portuguese sundew unique. Other than being similar to the more common sundews, of the genera Drosera, that resemblance ends there. Unlike Drosera plants, the leaves of the Portuguese sundew lack the ability of movement typical of sundews, in which their leaves coil themselves as to better get hold of the insects caught on their sticky stalked mucilaginous glands. Alternatively, the strategy of the Portuguese sundew is not less efficient although being considered more primitive. In fact the Portuguese sundew relies on the number of insects that it can prey. Its stem is thick and lignified, typical of a perennial plant, and tends to creep around the ground as it becomes longer. Around ten or more slender, needle-like, triangular shaped leaves distribute around an apical rosette. Usually the leaves reach about 30 cm long while the whole plant can stand up 1.5 m high, especially when it is blooming. As a whole the plant resembles and octopus with its body buried in the ground and its tentacles waving upwards. Apart from being immobile the Portuguese sundew leaves coil outward when they grow, unlike what happens with sundews, of the genus Drosera. The Portuguese sundew leaves are covered by mucilaginous glands that continuously produce a sweet fragrant exudate especially designed to attract insects, some say it smells like honey. And in fact, when observing these plants what impresses the most is the numerous and different insects that this plant can prey. When insects land on its leaves, they find themselves stuck to the mucilage secreted by the stalked glands on the leaves. The more the insects struggle, the more ensnared they become, ultimately dying of suffocation or exhaustion, depending whether or not their tracheae are covered by the sticky mucilage. Now, the whole plant is designed so perfectly that when insects die, and after some time, they eventually fall down drawn by their own weight. They land, mostly, on the base of the stem from where leaves originate and where there are specialized glands. These glands are the digestive gland that secret the enzymes necessary to break the insects’ exoskeleton and digest them all together. This digestive process is quite fast and usually it is complete within a day. Like all carnivorous plants this how the Portuguese sundew obtains the nutrients to supplement the nutrient-poor soil where it grows in. This is why the root system of the Portuguese sundew serves only for support and to absorb water, especially during hot and dry summers that are typical of the Mediterranean climate. Also and to better survive through dry summers the Portuguese sundew leaves accumulate and absorb dew water, in the evening and nighttime mostly. The irony is that the Portuguese sundew like most flowering plants depends on the same insects that it preys in order to survive and reproduce. Hence, not all insects attracted by the Portuguese sundew end up as food. From late winter to early summer, the Portuguese sundew produces big, fragrant and yellow hermaphrodite flowers located well above its deadly traps on its leaves. This way, the insects that serve as pollinators do not end up sticking themselves on its leaves. Due to its pleasant smell and ability to attract insects so easily the Portuguese sundew is popular in some local folklore. Some believe it has medicinal properties and use it to make remedies to treat body ailments. Others believe its holds the key to love and to hold someone you love the same way as it never lets go the insects it attracts. 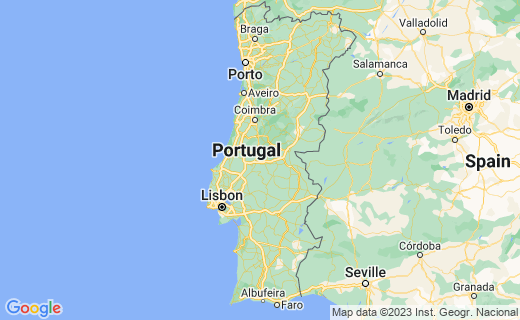 Have a look at: