This is part 2 of the "Important Dates in U.S. Post Office History" Series. If you would like to read the first article in the series, click here. It covers the time period beginning in early colonial times and progresses through 1869.

A statute for mail fraud was enacted by Congress in 1872. It stated, “Whoever, having devised or intending to devise any scheme or artifice to defraud ... for the purpose of executing such scheme or artifice or attempting to do so, places in any post office or authorized depository for mail matter, any matter or thing whatever to be sent or delivered by the Postal Service ... shall be fined not more than $1,000,000 or imprisoned not more than 30 years, or both.” This statute was made to fight a post-Civil War outbreak of scams and swindles using the postal system.

The General Postal Union, now called the Universal Postal Union, was established in 1874. It is located in Berne, Switzerland and it is the second oldest international worldwide.

In 1880, Congress established the title of Chief Post Office Inspector whose responsibility is to ensure that the mail is moved quickly and uncompromised. They were originally known as postal surveyors.

The postal system, Special Delivery, set up a system to handle urgent mail in 1885.

In 1889, special trains were set up to transport mail between New York City and San Francisco, California. They were able to make the trip in 109 hours!

The first issue of commemorative stamps rolled off the presses in 1893.

In the rural areas of Virginia, experimental free delivery routes were established for the first time in 1896. Rural Free Delivery (RFD) was soon established everywhere that could meet the requirement of having good roads. Hundreds of proposed rural routes remained closed because of poor road conditions. Soon, however, local governments stepped in and began improving the roads and highways. From 1897 through 1908, it has been estimated that these governments spent $72 million. It is documented that a group of farmers in Indiana even paid over $2,500 out of their own pockets for road improvements in order to qualify for Rural Free Delivery. These delivery routes later became permanent in 1902.

Airmail was first attempted in 1911. In addition to this, many post offices began providing people who did not have access to a bank, a safe and convenient place to deposit and save money. This program was called the postal savings system.

In 1913, a national service began that provided for the delivery of packages or parcels. This service became known as parcel-post. The Collect-on-Delivery system was set up which would allow the post office to deliver items where the payment for those items was received by the postal worker when delivered rather than in advance.

After parcel post service was introduced in 1913, at least two children were sent by the service. With stamps attached to their clothing, the children rode with railway and city carriers to their destination. The Postmaster General quickly issued a regulation forbidding the sending of children in the mail after hearing of those examples.

Postal Inspectors investigated and solved the last known stagecoach robbery in 1916. The robbers had murdered the driver and absconded with $3000 from the mail on the coach. They were captured within 5 days of the robbery.

Experimental airmail routes were established in 1918. The Army Signal Corps used their planes and their pilots to make these flights.

In 1920, a metered postage system is initialized. This system allows postage amounts to be imprinted on a package which functions as a postage stamp, a cancellation and a postmark, all in one.

In 1924, mail between New York City and San Francisco, California took just 35 hours by air! This was a huge improvement over the train postal service established in 1889 that took 109 hours!

Special handling of unusual mail items such as live animals became a service offered by the postal service. This "Special Delivery" program was set up in 1925.

After a 3 ½ -year investigation, post office inspectors successfully captured the D’Autremont brothers in 1926. These three train bandits killed 4 men and blew up a mail car. They mistakenly thought the mail car was carrying $500,000 in gold.

The transfer of $15.5 billion of the nation’s gold reserve was initiated in 1934. The transfer began in New York and ended at Fort Knox. It took several years and 500 rail cars to complete. It occurred without incident.

The V-mail program began in 1942. V-mail, otherwise known as Victory mail, was used during World War II. It entailed microfilming the letters and then enlarging them at their overseas destinations again before being delivered. This process saved valuable cargo space that could then be used in a more productive manner.

This time period included a vast amount of new technology being implemented into the mail system, including airplanes and automobiles. Also, it bears being noted again, that the second oldest international organization was formed in this time period - the General Postal Union, now called the Universal Postal Union.

This ends this installment of the "Important Dates in U.S. Post Office History" Series. To read the last installment in this series covering 1945 through the present day, click here.

To read the first article in the "Important Dates in U.S. Post Office History" series which covers the early colonial times through 1869, click here. 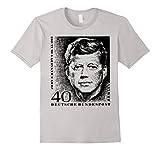