As a child my world was split in three. One thing my mother was adamant about was obeying the laws of the land. She sent me to school as was required any other American child.

My time away from school, spent both at her house, and in the wild was in training to be an Indian brave. Where we lived there were more Mexicans than whites. This was the third world. From these three backgrounds my life evolved. When school started my neighbors didn't go to the same school.

It was a struggle for me because English was not a language used anywhere around me. At home we spoke Cherokee. I had learned Spanish because it was either learn or have no friends. My mother spoke Spanish however it was not the language spoken in our home.

My grandmother had been born in Missouri. Her mother was more Cherokee than white. She was two generations from those who had walked the trail of tears. Members of her family had taught her the Cherokee language. My grandfather was part Mohawk, A promise my grandmother made him is why my life revolved around being raised to be an old school American Indian.

A day at age five

Today is an exciting day, grandmother is taking me to the woods for the weekend. It’s November, kindergarten had started for me in September, and my fifth birthday was in October. Not too long ago we took a long car trip. Mother says we are a long way from grandmothers house now.

We are closer to an Indian reservation than I have been other than driving through them on the way to California. My grandmother talked to the tribal elders and has permission to take me to the reservation to use unused land to teach me the way of my forefathers.

School won’t start again until Monday so we have almost three days to play. My mother as usual asks grandmother if my younger brother can go with us and once again grandmother says no. He is three and makes it hard to play games.

We took him with us once a while ago. We spent most of the time running after him. This meant there was no time to play and learn. Becoming Indian is mostly games. My big brother has never gone to the woods with us as he is needed at home to help with the other children.

We both have a backpack on our shoulders which contains some food and the things grandmother needs for cooking. We don’t carry sleeping bags or water because grandmother says the woods will provide what we need. My back pack always has snacks, mom and grandmother say a growing boy needs lots of food and water because it takes lots before you become a strong man.

Once we get to our place in the woods we make a fire. Every time we have been in the woods this is the first thing we do. This was to take care of our most important need. The water from the stream was not a trusted source of water unless it was boiled. Pots for boiling water were necessary at this time.My job is always to find lots of sticks to get the fire started.

Then we walk to the steam put in strings with worms on them. Food is the second most important thing we need. The worms we use are smaller than the ones we used at grandmothers river.

Grandmother says "you don’t need a big worm to catch a little fish." She says "if you don’t use little worms the fish will eat part of the big worm and swim away". “We don’t want to feed the fish we want catch them so we have food to eat“.

This afternoon we are learning to make trails which are easy to follow. Grandmother says "there are many ways to do this and we are going to do a few of them," This is good because playing with rocks and bending tree branches is fun. She says "never use sticks unless it is an absolute emergency."

The reason for this is animals can move them easily and people can either knock them over or pick them up for making fires. Rocks are more fun anyway. Bending tree branches to where they will stay bent without breaking is fun too. Sometimes they break which grandmother says "is a bad thing". “We are not trying to hurt trees just using them to show us the way home.“

Every time we leave the campsite she puts a little water in my mouth and tells me not to swallow it. More often than not, a few minutes later it is gone. She says it will get easier not to swallow in time and for now practice is important.

We go off in the direction the sun is moving across the sky. My job is to find rocks and bend tree branches so we can find our way home. Sometimes grandmother leaves me for a little while to put little strings out to catch animals. Grandmother says "your supposed to be able to see the last pile of rocks or bent tree branch when you make the next one."

She is also showing me the things like one side of the tree trunk a different color and telling me "you can tell which direction you are going just by looking at a tree." It is important to pay attention when grandmother says something because she does not say things more than twice. A new lesson has to be learned every time not enough attention has been paid.

We always have to be back to the campsite before dark because you can’t see the rock piles and bent tree limbs when the sun goes down. Today it’s especially important as we don’t have a bed made. We also need to check the strings we put in the water and fix supper.

It’s easy to tell when we are getting close to camp because the smell of the fire then the flames show us the way. We don’t go there yet, we have to find out if we are having fish for supper. At the stream we find six fish, they are mostly very small but it will be enough. The fish here are never as big as they were at grandmothers river but now there are only two of us to feed.

When we get back to the campsite we find one of the water pots empty. An animal had knocked it over., We have to go right back to the stream. This time grandmother brings another pot too because we need water to cook with. We are having tacos for supper. She boils beans for a while then adds the fish we have caught. She has shown me where to gather green things at the edge of our area to put in them also, today most of them get thrown away.

We have fun making the shells to put supper in, this evening grandmother says "a ghost would have more color." Her favorite saying when this happens is "you really are a white Indian", then she laughs a lot. She cooks the shells on a rock which she had me put into the fire a while ago.

After supper we make our bed, its easy here because there are lots of dry leaves. We have to be extra careful to make sure there are no ant homes where we put them cause its no fun waking up with ants crawling on you. This happened last time we camped and those bites itched for a long time.

Then we go to the stream to take a bath. The water here is cold so my baths are fast. It’s not fun when there is no sand within easy reach to get clean with. This place is special because there is more sand than those round rocks.

When my bath is finished getting back to the fire is the first thing on my mind. It's important to stand on the trail where grandmother says while she gets clean too. We don’t have any way to get dry other than sitting by the fire.

This time is special because grandmother gets out her special twigs and cleans our teeth. The twigs taste good and “do a good job of getting the uckies out of our mouths“. After this, when my body is dry my clean clothes go on. Grandmothers clean clothes are always a little wet when she walks back up the trail.

She always tells me "good little Indians go potty before they go to bed. If there is a wet spot we have to move to another place in the woods tomorrow." So it’s off to the potty tree for me. . This is one of my favorite places. The trees keep me warmer when the wind blows and the stream has a spot really close with lots of sand. We lay down together and grandmother tells stores of times long past until sleep overcomes me.

My home at age five 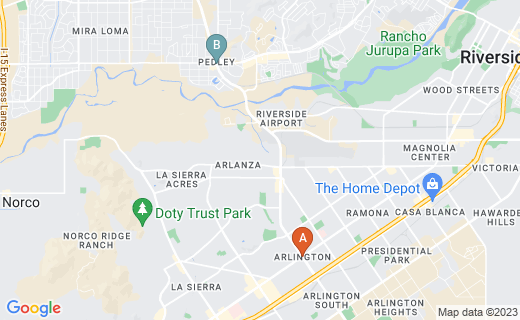