2019 has seen me concentrate less on twitching and more so on local patch birding. However, the temptation to go off and twitch is never far away, and a report of a twitchable Common Crane in Worcestershire on Friday 17th May, was far too tempting to pass up. Normally records of Cranes in the West Midlands region are of flyovers, but the bird being reported from Upper Bittell seemed to spending most of its time on the eastern shoreline. Moreover, it seemed in no hurry at all to move on, and my hopes of finally adding Common Crane to both my regional and Worcestershire county list rose significantly with each update. I received the last update at 15:40 in the afternoon; after that there was no news either way stretching into the morning of Saturday 18th. Even so, I kept a positive frame of mind, the bird was still there, I said to myself. it just simply hadn't been reported yet.

Interestingly, Worcestershire was the host of another twitchable rarity at the time. A Temminck’s Stint had been showing well for both the regulars at Upton Warren near Droitwich and any visiting birders. The plan came together nicely in my head, I would travel to Upper Bittell first to tick the Crane then move southwards to Upton Warren and year tick the Stint. But as we all know plans do not always work out the way we want.

On the morning of Saturday 18th May I set off across the region from my Birmingham home along the M42 in a south-westerly direction and into the modern county of Worcestershire. Coming off the Motorway at off Junction 2 near Hopwood and following signs for Barnt Green. Eventually I found myself travelling down a narrow single track road towards Barnt Green Sailing Club and parking up close to the open gate of the access road. The Sailing Club itself is private, but a public footpath offers access to the western end of the Reservoir.

Where is Upper Bittell Reservoir? 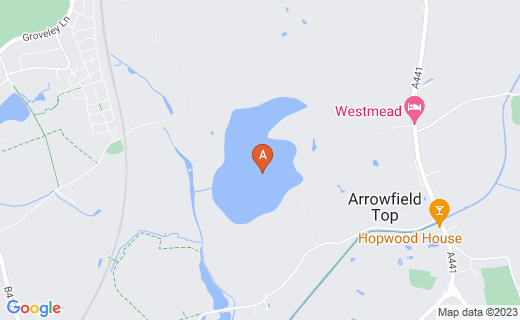 Following the footpath past the sailing club, round a bend and through a gate I came upon the Reservoir itself and began scanning both the northern and eastern shorelines, but there was no sign of the Crane. I scanned over and over again, but the closest thing I could find was a number of Grey Herons congregating on the shoreline straight ahead. I even moved further along the western shore, so as to get a better look at the north shore, but all I could find was a herd of Longhorn Cattle grazing. I naturally assumed then that the bird had moved on and promptly put out an update on Twitter. With a shrug of the shoulders, I packed up my gear and moved onto Upton Warren to add the tiny Temminck’s Stint to my year list. That bird had already been reported from the Flashes area of the reserve during the morning, so was surely a dead cert.

I made the 20 minute journey southwards, deeper into Worcestershire and after attempting to park in the crowded Aztec Sailing Club Car Park close to the reserve, resolved instead to park at the nearby Moors Car Park and walk through the Sailing Club towards the Flashes. However, no sooner had I turned the car engine off, a glance at my phone resulted in me reeling off a few strong expletives. The update from BirdGuides was clear ‘Common Crane still on the eastern shore this morning.’ How could I have missed that? I thought. Fellow birder Steve Haynes had responded to my earlier update, asking me if I was aware of the bird’s reappearance. I most certainly was, but what to do? Do I stay and take a look at the Temminck’s or do I go back to Upper Bittell? Temminck's Stint was a much needed life tick, but the chances of an unringed Crane appearing in the region again anytime soon were remote, so I took a calculated risk, leaving Upton Warren to go back for the Crane in the hope that the Stint would still be around later.

The Mad Dash Back

After another 20 minutes and a rather tense drive north, I was once again walking up the public footpath towards Upper Bittell Reservoir. With the time approaching high noon, the site was a lot busier than when I’d left. Several sailing boats were now drifting across the water, and a hiking group laden with bags almost as large themselves were loafing around on the western shore. Hastily I set up my scope, and in no time at all found myself observing a sub-adult Common Crane. I wasn’t quite sure how I’d missed it the first time round, but it seems likely that the bird had temporarily relocated to a nearby field before returning.

I examined the bird’s legs closely and found no evidence of any rings whatsoever. This meant that the bird had not been hand reared and was more than likely a genuine wild bird, part of a small reintroduced population that will hopefully continue to expand back to something like its former range. I admired the bird for around 20 minutes before heading back home for some lunch. Along the way, I bumped into West Midlands Bird Club chairman Roger Broadbent and gave him directions to the bird.

I had planned to go back to Upton Warren for the Temminck’s Stint in the afternoon, but the rather hectic morning had left me in need of a rest, so I decided instead to support a grand old British sporting tradition, the FA Cup Final. In all honesty, I wish I hadn’t bothered, as Manchester City recorded the largest margin of victory in the Final for over 100 years, and by the time I did travel to Upton Warren the next day (19th May) the Temminck’s Stint had departed, not to be reported again. The Common Crane however, would continue to both delight and frustrate local birders, often going missing only to return later on. The last report was on the evening of the 22nd May when it made a brief appearance after spending the day feeding in nearby fields.