Channel 4, the television channel that covered the excavation and identification of the king's remains in two excellent documentaries, has been given exclusive rights to broadcast the service live from the cathedral. The channel will also film many of the events before and that follow the ceremony. Please see the link section at the bottom of the page for more information.

Invitation to the Reinterment

In December it was announced that there will be three services to formally lay King Richard III to rest in his new Tomb in Leicester. The cathedral seats 600 people and each service would have 200 dignitaries, 200 locals from the county of Leicester and 200 allocated to other UK residents and overseas. Interested persons were asked to submit their interest by December 31st and the successful applicants were contacted in late January. To my delight and sheer joy, I received my invitation and I have received a response that my confirmation has been received. I am going to King Richard III's reinterment on March 26th 2014. There are two other services on March 22nd when the body arrives at the cathedral and 27th when the tomb is revealed. I will miss the arrival but I plan to also stay around to see the tomb in its final location.

Admission to the Cathedral

The admission card finally arrived on March 4th 2015. This will allow me to enter the cathedral grounds from 9:45am to be settled in place by 10:30am a full hour before the service begins. The ushers will thus have all 600 people in place by the start of the service at 11:30am.

Please note the actual days surrounding the service will be the subject of a new article. Please check back for links and enjoy the conclusion of this fascinating story.

Preparation for a Unique Event

Much has been made of the court challenge made on behalf of supporters wanting Richard to be buried at York. The judicial review delivered its verdict in early 2014 that there was no precedent that would deny Leicester Council the right to rebury him in Leicester. I do not want to debate the pros and cons of this argument suffice to say that the decision was made and the reinterment in Leicester Cathedral was announced on October 14th 2014.

After a short ceremony at Bosworth field on Sunday March 22nd 2015 the coffin will travel via several sites associated with the battle of Bosworth Field. It will arrive at Leicester Cathedral around 6pm when there will be a service to give the cathedral the official responsibility for the remains. The coffin will then remain at rest in the cathedral for three days to allow the public to pay their respects.

On Thursday there will be a service of the reinterment at 11.30. Six hundred invited guests will attend the ceremony and there will be large screen TV's outside for the general public. At this time I believe the service will be televised but I have no official confirmation.

On Friday there will be a final ceremony that is associated with the revealing of the official tomb where it resides inside the cathedral and there will be a service to accompany this.

When I arrive in Leicester I will update this article so that I can accurately provide information on what will happen or has happened.

My Personal Timeline of Events January to March 25th 2015

January 15th 2015. I received an email notification that my application to attend the service on March 26th 2015 had been successful.

January 22nd 2015. I received an email informing me that my acceptance (RSVP) had been received and that further instructions would be forthcoming.

I will add news here as I receive it of my personal journey up to the day of my attendance at the service.

The city is preparing for the big day which is approaching very quickly (Today is February 20th T-35) and there are some interesting related events. I will provide a list below for interest:

2 The lead lining for the coffin of King Richard III is being made by Leicester firm Norman and Underwood. They will technically be the last people to ever see the bones !!!

3 University of Leicester have identified an injury on the inside of the skull probably caused by a sword and would have been the killing blow to the kings head.

4 King Richard III's 10k run. There will be a race that will pass the Battlefield Centre and also through the historic town of Market Bosworth starting at 10am Sunday March 15th 2015.

5 King Richard III’s final journey on March 22nd will be overseen by A J Adkinson & Son, Funeral directors from Oadby.

6 Leicester Cathedral will open on Friday 27 March when the tomb of King Richard lll will be revealed. These times are 3pm and 6.15pm and large crowds are expected.

This is a very personal section of this page, purely subjective and very conjectural. Nevertheless it behoves me to lay my thoughts down and trust to the good nature of my readers. Beyond anything else I feel that a deep sense of history has been played out over these past few years. Something the like of which we may not see again: a ceremony in the presence of the remains of a plantagenet king. This raises for me two very important points.

First for the plantagenets, Richard will be the only king to have a ceremony in the modern age, TV, Radio, Film, Social Media even newspapers, none of this existed in his day, although there may have been leaflets printed on an early printing press. The reinterment gives the plantagenets an incredible connection with the present, it's like the very last chapter, dare I say epilogue on a line of kings that ruled for over 300 years.

Second for me, I am humbled by the fact that I will be present at the reinterment of a plantagenet king, how many people will ever be able to say that. I almost want to use the word funeral but I know that is incorrect. I never did well at history at school but I have absorbed it all through forty years of adulthood through books and more recently online sources. I have found the history of the Kings and Queens of England particularly fascinating and the late plantagenets in particular. For me to have the chance to be part of history, their history, is beyond fabulous. The Welsh youth of Cardiff have a word for it, I went to college in Cardiff and have a very strong attachment to that city. The word is ansbaradigaethus and means AMAZING. This event on March 26th is truly amazing.

Over the next seven weeks I will endeavour to share as much of my experiences as I can with my fellow colleagues and readers through these pages.

Links to other articles on King Richard III

Attendance at the Reinterment 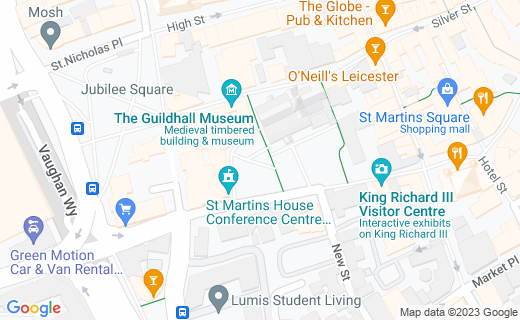