School rules and consequences are a necessity. While classroom behavior plans are common, school behavior and consequence plans are almost impossible to find, anywhere. This behavior intervention plan is intended to be implemented at the school or district level, but it can easily be adapted and made to fit the classroom as a highly effective classroom management system. 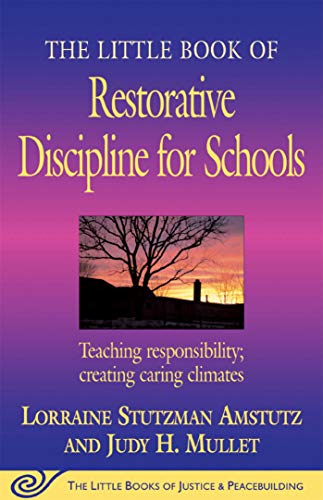 When I was an administrator, I noticed that there wasn’t a consistent method of dealing with behavior. Students, depending on how I happened to feel that day, got fairly random consequences. Sure, I followed district protocol, but ultimately, inconsistency was the word of the day. Because of this inconsistency, I developed a complete program to address misbehavior and consequences. This system, with a little work, could be converted into a very complete classroom behavior and consequence system, more complete than any of your colleagues!

After a few months, I realized that this system is flawed. As administrators, we tell teachers to post a list of rules and consequences in their classes and be consistent. We tell teachers that classroom control and class management are essential. Then, we don’t do it ourselves. Students are generally told about what they shouldn’t do, but they’re never told what the consequence will be. I’ve been through about twenty different schools, and I’ve never seen a school list of misbehaviors and consequences. It seemed wrong to me.

I’m going to include, free of charge, a demerit that I worked on several years back. This demerit, often called an office referral, took me about two hundred hours to complete. I referenced district policy, read articles and books, and reviewed state law. I even received legal guidance. The end result is a school behavior and consequence plan that I am very proud of making. I’m quite sure you won’t find anything like it, anywhere.

Use the behavior and consequence plan in at least three different ways:

First, make a large copy, perhaps a sign, and post it several places in the school. This permanent posting will easily show students that there are expectations and there are consequences for misbehavior. I would certainly put a copy in both the principal’s office and the assistant principal’s office.

Second, make smaller versions, and distribute copies to the teachers, assistants, and any other school personnel responsible for student behavior. These should be in triplicate, utilizing carbon paper. Each of the three copies should be a different color. When somebody writes a referral, they keep the first copy, give one copy to the student for parent signature, and provide the third copy to either the assistant principal or the principal. Establish protocol. Administration should be speaking to students who cause a class-two, three, or four misbehavior. Administration may want to speak with students who continually cause a class-one misbehavior. Obviously, serious consequences, suspensions and expulsions, should be dealt with by administration, the principal or assistant principal.

Third, get ambitious, and try to promote district acceptance of the program. There’s strength in numbers.

I do want to address one last thing, the importance of encouraging positive behavior. Ultimately, this program does lack positive reinforcement. Many reward systems work well, and I would encourage you to utilize both this behavior and consequence system and a reward system. I've seen a lot of schools randomly reward students, with small prizes or calls home, for being caught behaving. I've also seen some schools with more elaborate systems where students are sent to the office at a designated time each week. At that time, students can receive prizes or calls home. There are so many ways to reward positive behavior. Coupled with these rules and consequnces, a positive behavior plan would be very effective.

Category I infractions are typically everyday infractions that should be dealt with in the class most of the time. Documentation here is key. Sending home notifications of category I infractions is necessary in order to document ongoing problems with behavior. Once documented at least three times with an incident report, an official demerit can be issued. This results in a trip to see administration.

Failure to do work, repeatedly

Playground infractions (behavior or improper use of equipment)

Possession of toy or inappropriate item at school

Rock or other object thrown (no target-no damage or injury)

Spitting on ground or object

Category II infractions are more serious than category I. These infractions, like category I, are typically handled in the class and documented with an incident report for the first violation of school rules. After the first infraction, a demerit is issued and the student is sent to see administration.

Encouraging other to break rules or fight

Rock or other object thrown at student

Kenson Kids "I Can Do It" Reward and Responsibility Chart, 11 X 15.5-Inch
Buy Now

Category III infractions start to get serious. Consequently, there are no incident reports. A demerit is immediately issued, and the student is sent to see administration.

* Seriouis threats or injuries may be considered category IV. 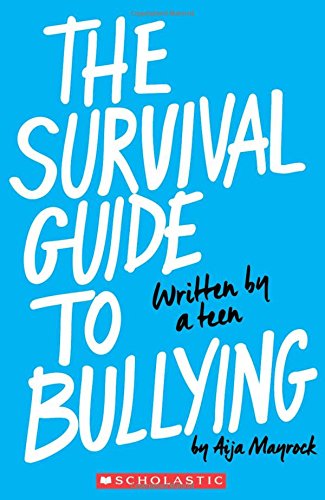 The Survival Guide to Bullying: Written by a Teen
Buy Now

Category IV infractions are the most serious violation of the school rules. They instantly result in a demerit and serious consequences that must be administered by administration.

Serious injury to others

Self-Defense and the Law

Students often say, "My parents told me that I should hit somebody if they hit me first!" Because students are often being taught that they can "defend" themselves, I include the following statement :

Arizona Revised Statute (A.R.S. 13-404) states that self-defense is only justified when physical force is immediately necessary to protect oneself because of continued unlawful physical force against that person. The threat or use of force is never condoned and will result in disciplinary action.  Any reported behavior that appears to be a violation of either our school rules or the law will be investigated.  Disciplinary action may result.

Comments About School Rules and Consequences