Sir Francis Drake was an English Explorer that was the first Englishman to navigate around the world. He was known as Queen Elizabeth’s Pirate and in recognition of the riches and fame he brought to England Drake was knighted by Queen in 1581. Drake’s voyages brought him wealth, fame and an ever lasting place in History. Some three centuries later, Drake’s famous name and the prospect of collecting on his fortune was used in the one of the most elaborate hoaxes ever perpetrated.

Francis drake was born in Devonshire and at an early age became an apprentice to a ship captain. During his early career Drake make to voyages to the West Indies. His first notable voyage occurred in 1567, when he commanded a ship that was attacked by the Spanish Armada. Five years later, with only two ships Drake led an expedition that took over the Isthmus of Panama and captured riches for the English Crown. Drake’s success brought him instant wealth and fame.

In 1577, Drake set out to take over Spanish holdings on the West Coast of what was called the New World. In that campaign, Drake navigated the Straits of Magellan, the first Englishman to do so. Drake then traveled up the coast of South America and is believed to have traveled as far north as WashingtonState. During this voyage, Drake also made port in San FranciscoBay and took possession of the Port in the name of Queen Elizabeth.

Drake the crossed the Pacific, rounded the Cape of Good Hope and arrived in England bearing riches. Queen Elizabeth Knighted Drake for his efforts. 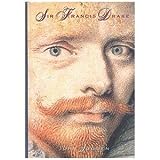 In 1913, those with the last name Drake were sent a letter claiming there was a fortune of over 22 billion left over from the estate of Sir Francis Drake. To claim a part of the estate, the “descendents” would have to pay for legal expenses to trace their lineage to Sir Francis Drake and move the claim through the legal system. In all, approximately 2 million dollars was collected.

However, the letter and the organization, the Sir Francis Drake Association, was a hoax. An Iowa Farmer, Oscar Merrill Hartzell, was behind the letters. His mother had been conned in a similar hoax. After Hartzell had tracked down the swindlers and learned how much money they had made, Hartzell decided to try it for himself.

By the time Hartzell was caught, he had conned approximately 70,000 out of approximately $2 million. Many of those who had donated, however, refused to believe they had been conned and donated nearly $350,000 towards Hartzell’s legal fund. Despite being able to afford a good legal defense, Hartzell was convicted of mail fraud and was sentenced to 10 years in prison. He was later transferred to a mental institution where he remained until his death in 1943.

The Lost City of Z: A Tale of Deadly Obsession in the Amazon
Buy Now