NASA Voyager Recordings of The Music of The Planets

In 1989 NASA approached Dr. Jeffrey D. Thompson and asked him to listen to the recordings which Voyager I & II Spacecrafts had recorded and sent back to Earth. The scientists who were listening to the tapes were so affected by them that they called them Primordial Sounds.

These were natural sounds with no manipulation of any kind. In other words they are exactly how our Planets produce music. They are caused by the Solar wind and ionosphere of all the planets.

We are all aware that there is no sound is Space. But when the vibration of the planets is played through specialised recording equipment in Voyager NASA recorded the sounds and they were relayed to Earth.

What you are going to hear is truly the most amazing and wonderful sound in all the Universe.

It is the Music of the Planets.

Explaining How It Works. 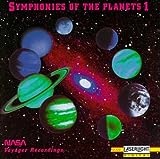 Sound As A Vibration. Radio Waves.

As we know, all sound is a vibration. If we placed a musical instrument in a room and sucked out all the air to produce a vacuum the actual vibration can still be felt.

Each Planet in our Solar System has a magnetic field that constantly changes. This changing produces radio waves, rather like when we turn on the radio and pick up our favorite station. The electromagnetic radio waves convert the wave to sound. In other words mechanical vibrations.

NASA have something called WAVES which is a radio astronomy instrument that is on the WIND Spacecraft. This has picked up radio waves from the Sun and all our Planets. And of course we have Radio Telescopes constantly pointing outwards towards our Galaxy.

The sounds that you hear in the videos are the recorded sounds that are a mixture of charged electromagnetic particles that come from the solar wind, planetary magnetosphere and ionosphere.

In plain English this means that NASA takes the radio waves from the atmosphere of the Planets and converts them into sound. Obviously there would be a slight difference if we could hear the Planets for themselves, such as faster speeds or slower sounds, but basically this is pretty much how these Planets sound.

They are natural singers. Each sound is unique to the Planet.

Mercury has a really guttural lonely feel to it, and definitely gives you the shivers. It also leaves you with a feeling that something is actually living down on the Planet, which of course there isn't!

With its flapping and creaks it feels like the whole Planet is shifting and stretching! Along with its eerie loud moan its definitely one of the spookiest planets!

The Planet was named after the Roman Deity Mercury. This being because the Planet moves around the Sun in only 118 Days. The Romans believed that it was the fastest in the sky, so therefore they named it after their fast flying messenger, Mercury.

Listen and Learn from the Masters of Meditation. 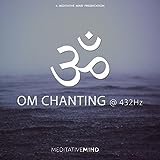 Venus -The Sound of OM?

Does this one sound familiar? Yes that's exactly what I thought. Om is the mystical sound of a Hindu Mantra.

It began in the region of India where Hindu was the main religion, but it now is used by many other religions such as Buddhism, Jainism and Sanatana Dharma.

The actual word or sound is also known as omkara.

Om or Aum is the sound that is used at the beginning of a prayer or when reciting Hindu Texts.

The origin is fascinating. Evidently Hindu's believe that at the beginning of Creation, the all encompassing God or Divine Consciousness took the first 'breath' or vibration that manifested itself as the sound Om.

The Mantra or Om is in fact the name of God. In other words, its the vibration of the Supreme Being!

The Sound Of Whales?

The sound of our beautiful Planet Earth. How awesome is this? The sounds that you hear from Earth come from the planet's magnetosphere, and the interaction with the Solar Wind.

And being Earth with all its radio waves flying around the sound comes from the trapped radio waves that are bouncing between Earth and its inner surface.

Don't know about you, but I feel that I can hear the sea too, but that's just romancing the Earth with the idea that we can hear the ocean and the whales singing too. Along with the desert winds and the sound of birds. Wonderful.

Its hard to fathom the idea when listening to these amazing sounds from Mars that its all come about because of some clever guys, physics and a bit of maths.

The wind speeds of Mars, and the sounds of the actual planet have been cleverly recorded by scientists who were amazed by the different sounds coming from each Planet.

These are all totally natural sounds that have been converted from vibrations to music. It never fails to amaze me when I was listening to each and every Planet how they could all be so different.

If you have ever listened to Holst's The Planets Music he calls Mars the bringer of War. Not sure I agree, but he did have the right idea! 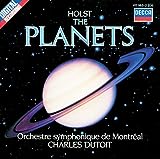 Gustav Holst wrote his own wonderful musical composition called The Planets Suite. His music is his own interpretation on how he saw all the different Planets in our Solar System. Each piece of music is named after emotions based on the influence of the Planets, but also Roman Gods such as Mars the God of War and so on. I have had this album for many years and still enjoy it immensely.

The song of Jupiter. To me it sounds like an orchestra tuning up and getting ready to launch into an amazing film score.

Jupiter in Roman Lore was the God of Light and Sky. He is the son of Saturn and the brother of Neptune and Juno.

By the sound of its music I believe Jupiter is a soothing soul who would listen, but not judge. In fact the music of Jupiter is so calming I could easily listen to it before going to sleep.

Here is a more in depth explanation of how these sounds were made. You can read the words as you watch the video. They are also reproduced here:

'On the 25th August 1981, the probe voyager 2 approached the Saturn system.

all this electromagnetic phenomenon can be transformed into electrical signals which can, in turn be amplified and used to excite the membrane of a loudspeaker, thus making audible to the human ear the rustling or sound of the cosmos.

I love the sound of the planet Uranus. Its so unlike the other planets. With its whooshing sound it reminds me of the winds in the desert, the chattering of birds and maybe even some sort of alien Spacecraft descending to earth.

With its ghostly swirls and loud acoustics it definitely is one of my favorites.

If you listen closely it sounds rather like an airplane taking off!

Uranus is the seventh planet from the sun and was the first planet to be discovered by using a telescope as its not visible to the naked eye.

Uranus is tipped over to one side, and has a strange way of 'rolling around the sun' with its tilt of 98 degrees.

The Rings of Uranus was one that I added purely because of the beautiful variation in the sounds emanating from the narrow rings circling the Planet.

When these were first discovered, scientists were amazed that Uranus had rings as they didn't believe it was possible. They named them, Alpha, Beta, Gamma, Delta and Epsilon. Since then they have discovered that actually they have thirteen rings in all.

The wonderful thing about the music of Uranus is how it changes from one second to the next. There are so many different notes being produced by these amazing singing rings.

Neptune is surprising in its vivacious and loud music. It brings to mind a huge airplane flying low in the sky, then fading off into the distance and disappearing into the wind. Along with the sound of the sea, it encompasses every sound that we hear in our day to day life.

At one stage I can hear a chorus of voices singing in the background, as though humming to the tune of flight.

Suddenly the winds of the desert blow up and push towards the sea where the waves crash onto the beach, leaving you running for shelter.

Neptune is known as the water planet, which is very appropriate. It is in fact made up of an icy atmosphere with hydrogen and helium.

It's a gas giant, and has no definite surface layer, but the gas transforms into a slushy ice and water layer. The water and ammonia ocean which is the planets mantle has more than ten times the mass of Earth!

I called this Gods musical chorus, as a play on words because the sounds of Earth that we hear on this article was the result of the Radiation Belt Storm Probes sent out by NASA to record the Chorus of Earth as they liked to call it.

The sounds emanate from the charged particles of the sun as it hits the earths magnetic field.

Then again, I think God has a great taste in music! What do you think?