The realm of the Kraken - Mythical or Real

The Kraken is probably most commonly known as the sea creature from the film "Clash of the Titans".

The legend originated from Norway and Scandinavia, where the Kraken began its mythical life as a giant sea creature that terrorised sailors.

The Kraken was described as a giant octopus or squid like creature often relayed as the size of a small island. A truly daunting sight to any sea fearing folk.

The Kraken was said to rise from the sea depths and encircle ships with its tentacles, dragging the vessel to the bottom of the sea.

As dangerous to the sailors was the colossal whirlpool which was formed as the Kraken sank back into the depths. Any ship lucky enough to escape the grasp of the Kraken was said to have suffered an horrific fate due to the strength of the whirlpool.

During the  17th and 18th century the Kraken began to cross over the line of mythical to real. Sailors stories were commonplace  and  universal in description of the beast. In 1782 the rumour abounded that a Kraken had been responsible for the disappearance of 10 British warships. No other explanation was put forward the quell this fear.

The biggest breakthrough however, came in 1861 when a portion of a giant squid was discovered by the French gunboat Alecton.

It now looks more and more possible that the Kraken legend is derived from the reality of the Giant Squid, which poses another question? Just how long has this giant creature been around? 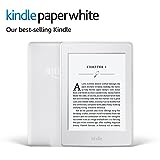