One of Eight Irish-American Signers

Of the fifty-six signers of the Declaration of Independence, eight were of Irish descent. Three, Matthew Thornton, George Taylor and James Smith were actually born in Ireland while the other the sons or grandsons of Irish immigrants.

One of these eight Irish signers was Thomas McKean who was born in Pennsylvania to Irish parents on March 19, 1734 in New London Township, Chester County, Pennsylvania.

His parents, William and Letetia Finney McKean were Scot Irish Presbyterians who had immigrated to Pennsylvania from the North of Ireland. Thomas was their second son.

As a child in New London, McKean was educated by Presbyterian clergy and then moved to New Castle, Delaware where he studied law.

McKean's first professional position was as clerk for the protonotory of the Court of Common Pleas in the county of New Castle while he was still a student. He completed his law studies and was admitted to the bar in Delaware before his twenty first birthday.

From this point onward McKean held numerous legislative and judicial offices in the present day states of New Jersey, Delaware and Pennsylvania.

It should be noted that, until 1776, the three colonies of Pennsylvania, Delaware and New Jersey were administered as one colony even though each had a separate legislature.

Because of this McKean is claimed by both Pennsylvania and Delaware and was able to hold offices in all three states, often holding different offices in two of the states simultaneously.

Very Active in the American Revolution

Since the Articles of Confederation were the constitution under which the national government operated during the Revolution and years leading up to the Constitutional Convention in Philadelphia and, since the Articles made no provision for an executive, the President of Congress was, in effect, the country’s President.

It was during McKean’s term as President that he received the dispatches from George Washington notifying him of the surrender of the British forces under Lord Cornwallis at Yorktown, Virginia on October 19, 1781.

Thus Thomas McKean not only voted for independence on July 4, 1776 but was the presiding officer of the government when that independence became a reality with the defeat of the British forces. 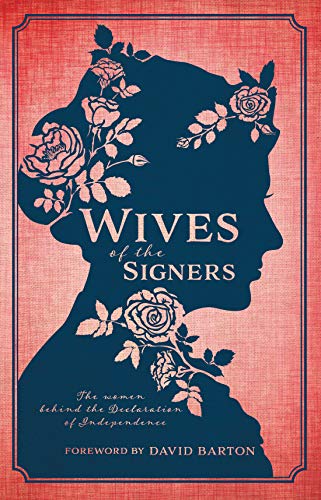 Wives of the Signers: The Women Behind the Declaration of Independence
Buy Now

Served in Government and the Army

Thomas McKean was present in Congress as a delegate from Delaware on July 4, 1776 when the Congress voted to declare independence.

However, immediately following the July 4th session, he left for New Jersey where he accepted the commission of colonel in command of the 4th Battalion of the New Jersey Associators.

While the unit saw no action while under McKean’s command, they were among the units George Washington had among his reserves at the battle of Perth Amboy.

His military career was cut short in August of 1776 when he was called back to Delaware to preside over the convention that drafted Delaware’s first constitution.

He soon found himself temporarily serving a Governor of Delaware while at the same time serving as Chief Justice of Pennsylvania. Further complicating his life at this time was the fact that the main theater of war during this period was in the very states where he was most active forcing him to constantly be on the move in order to avoid himself and his family being captured by the British.

In a letter to his friend, John Adams, he described himself as being hunted like a fox by the enemy, compelled to remove my family five times in three months, and at last fixed them in a little log-house on the banks of the Susquehanna, but they were soon obliged to move again on account of the incursions of the Indians.

Many of his fellow patriots, he served and sacrificed mostly without pay.

Was Among the Last to Sign the Declaration of Independence

Given the complications in his life at this time it is little wonder that he did not find time to sign the Declaration of Independence during the summer of 1776 like the other fifty-five signers.

While Congress voted to declare independence on July 4th the actual signing took place over the following weeks with many of the signers not affixing their names to the document until August 2nd.

Links to My Other Hubs on Ireland and the Irish

Despite the frantic pace of his public life, Thomas McKean did find time for family and business. On July 21, 1763 Thomas McKean married Mary Borden (July 21, 1744 to March 13, 1773), who was reputed to be one of the most beautiful women in the colonies, of Bordentown, New Jersey. Mary’s sister, Ann, married Francis Hopkinson, another signer of the Declaration of Independence.

Among the Last Signers of Declaration of Independence to Die

Following the Revolution, Thomas remained active in politics but also devoted time to business ventures and investments which made him a rich man.

Thomas McKean died at the age of 83 on June 24, 1817 and was buried in the McKean family plot in the Laurel Hill cemetery in Philadelphia. At the time of his death only five  of the original fifty-six signers of the Declaration of Independence remained alive.