Bunker Hill
The Battle of Bunker Hill took place on June 17, 1775. It is technically a British victory as they achieved their objective, but with the huge number of losses (nearly a third), including a significant number of general staff as opposed to the relatively few losses by the colonials the battle is seen as a Pyrrhic victory (a victory with devastating cost to the victor) and most importantly it proved that the volunteer militias of the colonials could stand up to regular army British forces in the heat of battle.

Yorktown
The decisive victory by the colonials led by General George Washington and French troops led by Compte de Rochambeau over the British led by General Lord Cornwallis and resulted in the the surrender of the British. This would lead to the Treaty of Paris being signed on September 3, 1783 officially ending the war and paving the way for the birth of the United States of America.

Battle of New Orleans
Beginning on January 8, 1815, the Battle of New Orleans pitted Andrew Jackson's ragtag group of volunteers, pirates, Indians and militia (with very few having any military training) to take on the professional, veteran soldiers of Great Britain. Ironically, the Treaty of Ghent, ending the War of 1812, was signed on December 24, 1814 but would not reached the combatants in New Orleans who had already begun fighting until February. The battle is considered the greatest American victory of the War of 1812 and made a national hero of Jackson, catapulting him to the Presidency. It again proved the tenacity of the American will to retain it's freedom, regardless of the sacrifice. The losses for the British, while not staggering, were enough to force the retreat of the British and would be the final battle of the War of 1812.

Antietam
The Battle of Antietam or Sharpsburg, was fought between Union and Confederate soldiersduring the American Civil War on September 17, 1862. More Americans died on this day than on any other day in the countries military history with somewhere around 23,000 casualties. The Civil War could have theoretically ended here had Union General George B. McClellan pursued the retreating Confederates under General Robert E. Lee. But McClellan as usual was overly cautious and allowed Lee to escape into Virginia. This would end McClellans command by the hand of President Abraham Lincoln. The Union victory however did present the much needed opportunity that President Lincoln needed in pressing forward his Emancipation Proclamation which not only was allowing freedom for slaves, but would be a stumbling block for the South as it prevented any possible intervention into the Southern cause by the British and French.

Gettysburg
The series of battles fought in June and July of 1863 in and around the small town of Gettysburg Pennsylvania would be Lee's last effort at an offensive to try to force the hand on the Union into allowing their secession and ending the Civil War. Gettysburg would be the site of gallantry and heroism on both sides (in men such as Joshua Chamberlain and George Pickett for example, and many others) and it is considered the turning point in the war and was most certainly the largest battle of the entire conflict. The Confederates lost a large number of men, men that they truly could not spare and this defeat put them on the run for the remainder of the war, and ultimately ensuring a Union victory. Lincolns famous speech would redefine the conflict and set America on a new road to freedom for all.

Battle of the Little Bighorn
Famously known as Custer's Last Stand, the Battle of the Little Bighorn took place during the Great Sioux War of 1876-1877. This is one battle where the US lost, and it's loss was not for a greater purpose, but is included due to the fact that the battle has lived on throughout history and made the name of George Armstrong Custer known throughout the civilized world. What should be noted is that, even by Indian accounts, the bravery of the men of the 7th Cavalry is beyond compare. Another very important note is that it can be considered one of the first battles where investigations and actual battle data was suppressed by the government out of concern for Custer's widow, Elizabeth. Elizabeth would finally pass away in 1933, a long time after the battle thus hindering any real battle research from being done. Many theories abound, and to this day no one is certain about many of the facets of the Battle of Little Bighorn, but most agree that while Custer most likely made a serious command error, there can be no doubt that his soldiers did their duty, followed orders and in the end fought as brave as their Indian counterparts.

Normandy
Known since as D-Day, the Normandy landings were there largest amphibious invasions ever with over 160,000 troops hitting the beaches of Normandy France on June 6, 1944. These landings stretched across five areas of the Normandy coast: Utah, Omaha, Gold, Juno and Sword beaches. Omaha beach was the most fortified of all the beaches and saw a large number of Americans killed straight off the transports. The official record stated that, "within 10 minutes of the ramps being lowered, [the leading] company had become inert, leaderless and almost incapable of action. Every officer and sergeant had been killed or wounded [...] It had become a struggle for survival and rescue". The success of the Allies would cause a second front to be opened up for the Germans to fight and would take the pressure off the Russians on the eastern front. Having to split their forces on two fronts the Germans would be at a disadvantage and would ultimately lead to the final battles of the war.

Battle of the Bulge
Fought from December 16, 1944 until January 25, 1945 the Battle of the Bulge would be the single bloodiest battle that the American soldiers would face during World War II. It would be a major defeat for the Germans. It would see the depletion of their reserve forces, the air force would be decimated and any remaining German forces on the ground would be forced to retreat back to the Siegfried Line. Even with the large loss of life, this battle would lift the allies to finish of the German army and would lead to the end of the war

Midway
The Battle of Midway is the most important naval battle in the Pacific during World War II. The battle would see American naval forces decimate and soundly defeat the Imperial Japanese Navy, causing damage to the Japanese that was beyond repair. It would see the expert use of military code breakers to counter the Japanese plans to lure the American fleet into an ambush and would set up the Japanese for an ambush of their own. This would be the American Navy's finest hour is considered the turning point in the Pacific. This would also allow the US to land at Guadalcanal and the Solomon Islands and allow the Allies to stay on the offensive for the remainder of the Pacific war.

Tet Offensive
The Tet Offensive campaign during the Vietnam War took place on January 31, 1968. Both North and South Vietnam announced that there would be a cease fire for two days to recognize the Tet Nguyen Dan holiday, however the Viet Cong (North) launched a series of widespread attacks in the early hours of the morning, taking US and South Vietnamese troops by surprise. The US and South Vietnamese troops were able to beat back and inflict heavy casualties on the Viet Cong, however, the fighting would rage on for months. It would ultimately show the massive firepower superiority, strategic mobility and lack of understanding by the Viet Cong of US and allied forces. It should be noted however that on the American home-front, the political and psychological aspects of the Tet Offensive weighed heavily on the American people and would further escalate the tensions that the war already had imposed on them. In the end, however, US soldiers would step up and win in a situation where they were blindsided. 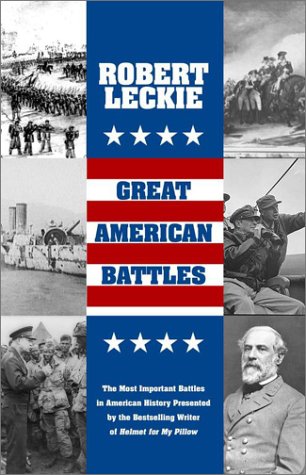