US Space History: Exploration Opens to Teachers, Students and the Public

Getting To Know Asteroids, Comets, and Meteors

Planetary Resources, the leading asteroid mining company in America, took the first half of 2013 to bring together a powerful panel of individuals to help open space exploration to the public (see "Crowdsourcing and Time-Sharing Telescopes" below). This panel includes:

Brent Spiner and Robert Picardo are to Planetary Resources what Nichelle Nichols (Lt. Uhura) has been to the NASA recruitment program since the 1970s.

Spiner and Picardo will help the Planetary Resources to institute a global initiative to allow teachers and students in classrooms as well as the general public to access NASA's resources for use in studying actual celestial bodies.

Would you like to explore outer space without leaving the ground? Of course, if you'd like to become an asteroid miner, you can do that, too!

Visit Planetary Resources, Inc. at http://planetaryresources.com for more information. Look for live stream webcasts and archives of those broadcasts after special events like those occurring morning at 10am and afternoon at 3:30pm PST on May 29, 2013.

Do you want to see part of outer space?

Planetary Resources opened a Kickstarter initiative to raise $1,000,000 for telescopes for use by students, teachers and the public and they received half a million dollars in their first 24 hours! people are excited about this project. And soon, the American public will have access to these telescopes and data gathered from them. Author Sir Arthur C. Clarke would be thilled that his own concept of the communications satellite has progressed to such a point.

First, the time required to reach the International Space Station from Earth has been drastically reduced. We saw that for the first time in March and were startled around the world. On May 29, a team of a cosmonaut, an Italian astronaut, and a NASA astronaut made it to the ISS in just six hours. Previously, the trip required two full days to complete. Now, it takes about the time it requires me to drive from Ohio to Washington DC. Space tourism may become less expensive that it was in 2012 as a result of this development.

Second, we know that the Google LunarX program resulted in several viable lunar landers produced two years yearlier than expected, in early 2013. In addition, the first private lunar telescope is about to make space observation available to all of the American public. How? - In April, NASA launched three smartphone satellites for us. Further, Naveen Jain is the president of Moon Express, which has developed a lunar telescope the size of a shoebox and unveled it in Vancouver BC. His Lunar Telescope ILO-X will be used by what NASA and others call "Citizen Scientists": students, teachers, and the public. Stay in contact with Jain as he unveils more infomration at https://twitter.com/Naveen_Jain_CEO (Reference: Forbes looks at Moon Express).

Third, the plans of Planetary Resources previously mentioned include crowdsourcing satellite telescope observation. This is the company backed by Google, James Cameron, and others to mine near-Earth asteroids. Inexpensive telescopes called cubesats have been developed for time-sharing with the public. Amassed data from the cubsats can be posted online. At the same time, NASA is making some of its resources avaiable to students, teachers, and the public as well - and Planetary Resources in one of the members of the NASA Commercial Crew.

Planetary Resources is recruiting Planetary Community Vanguards interested in volunteering to help advance the cause of space exploration. You can Apply Here.

We can be at the ISS in the time it takes to drive from Ohio to DC. 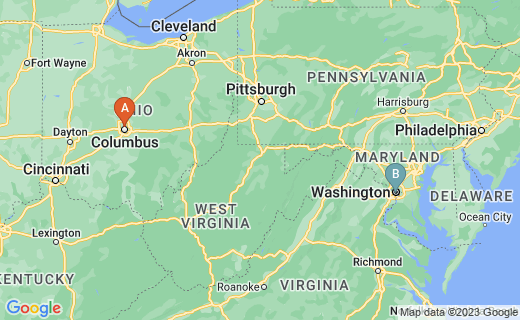 It doesn't matter where you're from...

Message from Peter Diamandis and Eric Anderson on Space Exploration

All I ask is a tall ship and a star to steer her by.

Captain Kirk liked to repeat that sailing a starship and sailing a tall ship are very much alike in the excitement and the looking forward to the future each brings.

The excitement generated by the aerospace accomplishments of NASA and the Commericial Crew illustrate the truth of that statement. Where once explorers took the wheel of the tall ship and sailed for somewhere in the New World, today, they steer increasingly advanced space vehicles in search of new worlds and new life and resources. The difference is that Citizen Scientists can come along!

It's all been done just 110 years after the Wright Brothers first flew at Kitty Hawk, North Carolina.

Conquest of the Air - Wright Brothers near Kitty Hawk NC