Despite plans and publicity published about Google, SpaceX and NASA and their ventures into partnerships for privatized space flight, much of the American public felt in 2012 that the American Space Program died with the last Shuttle launch during July 2011. However, this is incorrect. Partnerships between NASA and private designers, astronaut trainers, and manufactures overlapped the end of the US Space Shuttle Program by at least a year, with astonishing results.

On April 30, 2012 a manned mission to the International Space Station (ISS) was scheduled with the SpaceX privately built Dragon and Falcon vehicles, in partnership with NASA.

In 2010, Google had supplied $30,000,000 incentive money for privatized design and manufacture of prototype Lunar Vehicles to be launched and used in 2015. Some pioneers in this LunarX project contest beat the deadline by readying their spacecraft for an early 2013 launch.

We could have privatized sooner, because the prize monies and business incentives in the private sector and speeding our way to commercial space business within the lifetime of the Baby Boomers. We may just need to re-read

The Moon Is a Harsh Mistress and

Back to the Moon to examine what events and problems may occur on the moon and in the asteroid fields past Mars.

Planetary Resources Inc. made American and World History in 2012 when it incorporated under the leadership of billionaires, retired NASA scientists, and Google in order to mine asteroids for mineral resources.

Those who did not previously believe this accomplishment to be possible had to take a second look.

Before any thought was given to mining the Asteroid Belt just beyond Mars, offices Planetary Resources decided to mine the asteroids that pass near the Earth. This calls for updated mining machinery and equipment, Earth-orbit space vehicles and other items, along with new jobs in a variety of fields.

About 9,000 asteroids near Earth, containing Platinum and other precious metals and minerals, will be mined first (reference: NASA ongoing research). However, the most important item to be mined from asteroids may be water that astronauts need to drink in space to sustain life. 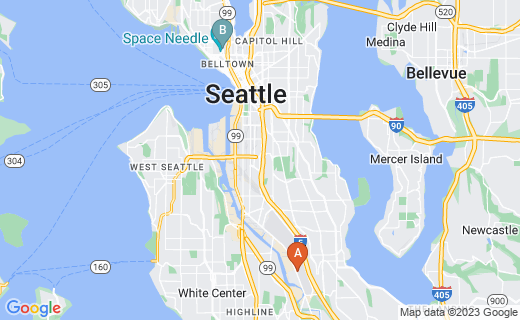 The first press conference of the new company officers was held on April 24, 2012 just days before the historic April 30 launch of the SpaceX Dragon to the ISS.

One other important advisor is astrophysicist and planetary scientist Sara Seager of Toronto and MIT.

The conference was held at the Museum of Flight in Seattle, the city where Paul Allen's Science Fiction Hall of Fame is also located.

The writers and the stars of space operas of the Golden Age of Science Fiction through the 1970s would have been ecstatic to see this progress. Senator and former astronaut John Glenn is certainly ecstatic, still teaching at the Ohio State University in his 90s.

Could the Starfleet Corps of Engineers be far behind?

Confidence In the Success of Google

Google is such a successful company that it's association through its co-founders to Planetary Resources, Inc. and other investors in the new company likely ensures the viability of Planetary Resources' plans for asteroid mining.

NASA's launching of the Dawn spacecraft on a Delta II rocket into the Asteroid Belt in order to gather initial data about the asteroids was accomplished in 2007, with partners:

Investors in Planetary Resources seem confident with the Dawn results and are willing to pursue their goals in asteroid mining. We can expect the company to become rather protective of information in the future, because it is a private company rather than a government agency. America wishes it full success for the sake of national and global economy and space exploration.