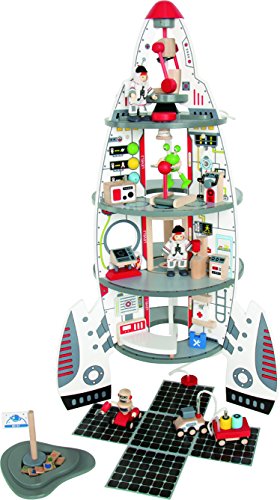 Update: NASA have now confirmed that this new planet is Formalhaut b - http://www.examiner.com/article/zombie-planet-fomalhaut-b-back-from-the-dead

Ever since the publication of my hub entitled Is Planet X / Nibiru Now Visible? I have had conversation after conversation with several various people about the object who have all noticed it and are curious as to what we are seeing. Today I was informed that what we are seeing in the skies is actually the International Space Station. In fact, several reports on several websites have mentioned that the ISS was due to become visible in the skies from the UK.

However, if this really is the International Space Station we are seeing then why is it that many, if not most, night skywatch websites are reporting the object as Jupiter? According to many various astronomy websites the large bright prominent star we are seeing next to the moon is Jupiter, then the other bright not-so-distant star is Venus. So which is it? Jupiter or the ISS? I am more inclined to believe it is neither. Although it was reported that the ISS would be visible from UK this was only supposed to last for a brief period and many people took photographs which have been posted online - in these photographs you can clearly make out the shape of the ISS.. but the star is continuously getting brighter and more prominent. Jupiter has never appeared this brightly before and the shape of the object appears to be spherical.

Recently plans to dump the International Space Station into the Pacific ocean in 2020 were announced by NASA. They claim that this is to prevent the build-up of space junk. They spent $150B dollars of tax payer's money building the space station and now they're calling it space junk! Why on Earth are they dumping it after all that time, effort and money was spent on it?

Do they already have much more efficient technology hidden away?

With the stories circulating of Comet Elenin, Niburu (Planet X) and satellites falling to Earth it makes you wonder just how much disinfo/misinfo we are being fed. Does anyone else get the feeling we are being lied to? I have personally seen many UFOs travelling to and from the bright object, they light up a bright orange color zooming through the night sky. These are definitely not conventional aircraft.

Recently astronomers confirmed that ex-NASA employee Richard Hoagland's claim that Comet Elenin had not disintegrated, as claimed by Dr Michael E Salla, was in fact true. During CME/solar flare activity Hoagland claims that Comet Elenin displayed a tetrahedal energy shield - a triangular geometric formation briefly appeared during the event - which protected the 'comet' from solar radiation. Hoagland claims that Elenin is definitely some kind of artifical structure.

So what's this in our skies? Jupiter? Venus? ISS? Elenin? Niburu? If TPTB are to be believed then it's probably all of them at the same time (except Nibiru of course!). As pointed out by commenter scottcgruber, this cannot be the ISS because it would not remain in the same position all the time. Jupiter and Venus, amongst other planets, are already visible to the naked eye. This object has appeared from nowhere and a lot of people on the streets are talking about it.

But with three eye witnesses to an alleged extraterrestrial presence all originating from the same constituent country of the United Kingdom plus Ecuador admitting a UFO presence, Brazil and Mexico following suit and all the controversy surrounding America and the reverse engineering of such technology we can be sure that we're not being told the whole truth.