The Ho-Chunk are better known as the Winnebago Indians. Although, according to the New World Encyclopedia, Ho-Chunk is the more accurate English name from the original native name which meant “big fish people,” probably referring to the Sturgeon which was once an abundant fish in Lake Winnebago. The name Winnebago was given them by some Algonquian tribes and meant something like “people of the stagnant water,” The French name was Puans which came out as “Stinkards” when translated to English. According to Wikipedia the Algonquin words don’t have the negative overtones the other names seem to have. The names used seem to refer to the places of origin, not the places they lived. This was probably Green Bay. They now live primarily in Wisconsin as the Ho-Chunk Sovereign Nation. They farmed corn, hunted and fished. They also believed in spiritual beings and had a reverence for nature. Some of their rituals were dedicated to war and they were dangerous enemies. In 1827 they were participants in the Winnebago War and in 1832, the Blackhawk War.

French explorer Jean Nicolet was the first white man to contact them in 1634. At that time they were in the area around Green bay, Wisconsin beyond what is now called Lake Winnebago to the Wisconsin River and the Rock River in Illinois. Although they grew some corn well as hunted, fished, harvested wild rice, and gather maple sugar. Their oral traditions don’t indicate any homeland except Wisconsin, Iowa and Minnesota. These traditions show a large and dominant group in Wisconsin before Nicolet’s visit. Their language is Siouan, their culture more like the Algonquin.

Ethnologists, according to Wikipedia, think the Winnebago and other Siouan peoples originated on the east coast of North America. H.R. Holand thinks they originated in Mexico where they had contact with Spanish people and learned about horses. On the other hand, they could have had contact with the Spanish on the Gulf of Mexico. Current Ho-Chunk assert their people have always lived in present day north central United States.

Written history of the Ho-Chunk people begins with the records that came from the reports of Jean Nicolet, according to The New World encyclopedia. He was the first white person to make contact with the people in 1634.The Ho-Chunk, at that time were in the area around what is now Green Bay, Wisconsin and going beyond Lake Winnebago to the Wisconsin River and to the Rock River in Illinois. The use of a Siouan language would suggest contact or common origin with other groups using the language, Ho-Chunk oral history makes no mention of any other homeland than parts of Wisconsin, Iowa, and Minnesota.

Some elders suggest their pre-history may be connected to the mound builders of the region. According to oral history in the mid-1500s the influx of Ojibwa peoples in the northern part of the their range caused some shift to the south, friction with the Illinois and a division of the people as the Chiwere group, which includes the Iowa, Missouri, Ponca, and Oto tribes moved west due to the difficulties of the range supporting the large population.

Approximately 5,000 Ho-Chunk warriors entertained Nicolet. He estimated from these numbers that the total population in 1634 was 8,000 to 20,000. By the 1650’s the French trappers and traders returned but little is written. However, we do know that the population was drastically reduced, possibly as low as 500 people. As a result of the reduced population the Algonquin tribe was able to move in as they escaped from problems caused by the Iroquois in the Beaver wars.

Three causes have been given for the decline in the Ho-Chunk population:

1. Hundreds of warriors were lost in a storm on a lake, possibly Lake Michigan, during a military effort. Others say it was on Lake Michigan after turning back an attack by the Potawatomi from the area now known as Door County, Wisconsin. The numbers vary but another reason given was 500 were lost on Lake Winnebago in a storm during a failed campaign against the Fox, another says it was the Sauk.

2. As mentioned in the New world Encyclopedia, R. David Edmunds expressed the idea that the loss would not be enough to cause the near decimation of an entire people, aAnd thinks other causes must have added to it. Disease was probably an added factor.

3. The Illinois, who were a traditional enemy of the Winnebago, came to offer help to the Winnebago who were suffering from famine.”…however the Winnebago repaid the kindness by adding their beneficiaries to their diet,“ from Wikipedia. The resulting retaliation nearly wiped out the Ho-Chunk.

According to New World Encyclopedia the Ho-Chunk population now is about 12,000.

Some significant leaders of the Winnebago were:

· Glory of the Morning, the first woman described in the written history of Wisconsin, according to New World encyclopedia. In 1727 she became the Ho-Chunk chief in 1727 at the age of 18 years. She married a French fur trader in 1728. While she was chief the Ho-chunk and their French trading partners were having conflict with the Fox tribe. Under Glory in the Morning’s leadership the Ho-chunk joined with the French to fight the Fox during the 1730s and 1740s.

· Red Bird was a war chief of the Ho-chunk who was born in 1788.His name was derived from the two preserved red birds he wore as badges on his shoulder. As the leader of the tribe against the United States in the Winnebago War he was captured and died in prison in 1828.

· Yellow Thunder was also born in 1724.According to some historians; he and his fellow chiefs were persuaded to sign lands over to the whites without realizing what they were doing. After signing the land over, they were given eight months to leave. Yellow thunder along with other chiefs went to Washington, DC in 1837, but President Jackson wouldn’t meet with them. Yellow Thunder refused to leave the land, but in 1840 troops came to force them to. The soldiers chained him but he was released. The chief, realizing resistance would bring retaliation against his people, he agreed to cooperate.

Two Ho-chunk/Winnebago tribe’ s are recolonized by the U.S. Bureau of Indian affairs as of 2003. They are the Ho-Chunk Nation of Wisconsin and the Winnebago tribe of Nebraska.

other hubs about Indians

This tribe, which was previously known as the Wisconsin Winnebago Tribe, is headquartered at Black River Falls, Wisconsin. As of 2001 there were 6,159 tribe members. They own 4,602 acres across parts of twelve counties in Wisconsin and one county in Minnesota. They operate six casinos in Wisconsin, according to Wikipedia.

The tribe has reservations in northeastern Nebraska and western Iowa. There are about 2,588 persons living on these lands as recorded in the 2000 census.

The Ho-Chunk Indians have been generally known as the Winnebago, but Ho-Chunk is the name preferred by them. They have been located primarily in Wisconsin and nearby states, especially near the Green Bay area near Lake Michigan. A Northern Wisconsin Lake is named Lake Winnebago and is in Winnebago County, Wisconsin. The tribes were first contacted by Jean Nicolet. In1634 the tribe was almost wiped out when their population was reduced to about 500 in the 1650s.Today,the tribes have a larger population and have established several casinos in Wisconsin and Nebraska. 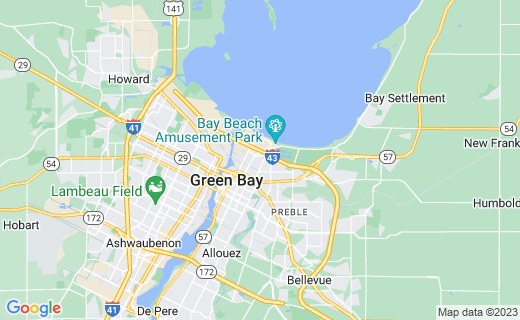