Black Confederate Soldiers In The Civil War: Fact or Fiction?

Bill Watson has authored 3 books and many articles online and for print publications such as Sports Afield, Income Opportunties and more.

Did Blacks Really Serve On The Confederate Side?

Black troops serving on the Confederate side, fighting willingly, to enslave themselves? It may seem ridiculous. But is it?

Over the last thirty years it's slowly come to light that there were black soldiers who fought on the Northern side. We now know about ten per cent of Northern troop rosters were filled by black men. But no legitimate history book would document such a silly idea as black troops fighting for the Southern cause. Is it possible it happened but it's been purposefully hidden?

We can't go back in time and witness the truth so all we can do is gather facts, listen to each side then make up our mind based on the preponderance of the evidence. What I'll try to do here is present the facts as I know them, both for and against. I will offer my opinion. But ultimately, it will be up to you to decide the question posed in the title of this Lens: Black Confederate Soldiers In The Civil War: Fact or Fiction?

My first thought after creating this title was the knee-jerk "this sounds like the search for Bigfoot or something, somebody's making this up" reaction. But applying logic you'll realize that even if black, fully armed soldiers fighting for the Confederacy is not extremely plausible, it is indeed possible.

Do you really think every person who shares the same color of skin thinks alike? I'm white but I don't agree with every white person on every issue and I'd be slightly offended if someone said, "All you white people think alike." In fact, I agree with only some white people on any issue and very few of them on every issue. I'm sure you can sub in American Indian, Mexican or Japanese for "white" above, and the same would be true. And I'm positive just about every person of color who reads this will agree it applies just as much to them.

So is it too much of a stretch to say that maybe black folks back in the 1800's had differing opinions on whether seceding from the Union was a good idea or not? How about slavery itself? Is it possible to assume that some blacks back then felt abolishing slavery would be bad for them?

How could that be?

Slavery, like prison, looks like a pretty bad deal from the outside looking in. Yet some people in prison do all they can to not be paroled. They are so used to prison life they know nothing else and prefer not dealing with the world outside prison.

While some slaveholders were nasty men who treated slaves horribly, perhaps there were some slaves who's daily life wasn't that bad. Perhaps they had a "good" master who treated them decently and/or perhaps they were afraid of leaving the security of the plantation for the unknown of trying to make it in a world they knew little about, especially considering most were forbidden by law to learn to read and write. Would you fear trying to make it on your own if you were crippled by illiteracy?

Or maybe they were getting older and felt they couldn't easily self-support? Or perhaps it was others in their family they feared for.

Maybe they had a bond, a relationship, or even a love relatationship with someone in the master's household? Historical records show those things did happen. In some cases blacks and whites didn't just act as family, they were family, literally. If war broke out would you fight with your family or against it?

There were freedmen in the South, legally freed by the wills of their former owners, some of whom owned slaves themselves. They'd have every reason to fight on the Rebel side. And in the last two years of the war some slave owners reportedly offered freedom to slaves if they fought for the Southern cause. That would mean they'd be free regardless of which side won. Strong incentive.

But if blacks fighting in combat for the Confederacy occurred, the biggest most likely reason would be: Many slaves were born and raised in the South. If they had any loyalty to a region, it was to the South. I can see why a slave or freeman might be willing and eager to pick up a gun and fight someone coming in to their territory to destroy the life they knew. People tend to defend what's theirs against all intruders, It may be as simple as that.

I'm not positive if it did happen, just that I can see why it might.

There are two groups of people who are on extreme ends of the discussion. One side wants us to believe blacks fought on the Confederate side in numbers as high as 65,000, the opposing side says no, it never happened. A third group, a subset of the "no wayers" say, "Well, perhaps it happened, sort of, but only a few dozen maximum, very near the end of the war."

The stakes? One side battles the idea of blacks serving as regular troops because it casts the Southern cause in a slightly more favorable light and eliminates the "Confederate flag is a racist symbol" concept. It promotes the thought that there was at least a small degree of racial harmony in the 1800's deep south, and that would inflict harm to their promotion of hatred for Southerners and all things Southern.

The other side defends the concept and is just as intent on proving it did happen, seemingly for just about the exact same reasons.

65,000 black troops on the Confederate side? Some historians claiming there was a maximum of about sixty total after the war was almost over? No black troops at all?

Didn't scientists tell us the coelacanth was extinct for millions of years until a fisherman caught one in 1997?

Maybe the truth is somewhere in the middle. 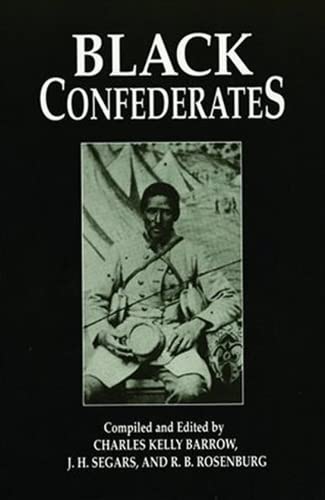 Visit the links below to view the enourmous amount of purported documentation of this subject. The evidence brought forth to date includes:

2. Historical documentation in the form of quotations, hand written letters and newspaper accounts.

Ask any good lawyer, the problem with evidence is that any single piece can easily be refuted. Perhaps it isn't what it seems to be. Maybe someone had a reason to fake it. Perhaps an expert can be summoned who can sway the jury with a different interpretation than the obvious.

Today, you're the jury. Is the evidence presented to date sufficient? If not, would one more piece of solid evidence truly prove anything anyway, or would it just be another target for the naysayers to discredit at all costs if possible?

As for my opinion, when I first started reading about this fascinating subject I was shocked to think that history was covered up. That a lot of men who apparently fought bravely and sometimes died in combat were being denied their rightful place in history. We may not understand why they fought and we may not at all agree with the cause they fought for. But we can and very well should respect that they did what they thought was right and did so heroically. Certainly, the truth should be told.

Then as I got deeper into the subject, the "nowayers" got my attention. I realized this whole subject may be like believing there's a monster dinosaur fish swimming around in Loch Ness.

So it's decision time. Did black men serve in the Confederate ranks or not? I give first hand accounts handed down from black ancestors some weight; stories change over time but kernels of truth remain. People don't often lie about things their dead grandfather or their great grandmother told them.

Monuments? I give those some extra weight. Lists, letters and such can easily be created. But it takes an incredible amount of work and no small amount of money to create, transport and erect a large statue. Why would anyone go that much trouble to make a monument that falsely depicts black Confederate soldiers? Wouldn't it be a lot easier and cheaper to fake a newspaper article or something? You can tell me that monuments erected in various places throughout the United States are inaccurate and intentionally misleading, but I have a lot of trouble buying it. It sounds like a bigger fairy tale than the Black Confederate story that some are attempting to squash. No, instead tell me that someone or some group was so moved by what they knew to be true that they felt compelled to commemorate it.

But the material evidence plays the smaller role in my decision. The opening few paragraphs of this article carry the bulk of it. Human behavior, like family behavior is rarely uniform. Just becase we arrogantly assume a black man should not have a reason to fight for the "wrong side" and therefore wouldn't, doesn't mean they saw their position in this great conflict the way our pre-conceived notions dictate they should have. And there's always the faction that splits from the group, the bad boy that does the opposite of what he was taught. There's always the spy, there's always the Judas, always the person who acts contradictory to what would be expected.

In a war so huge, so complex, with unreliable communication, involving so many people from so many walks of life, a war where brother literally fought brother you're telling me that magically, for several long, incredibly bloody years, human nature and all the crazy paths it can take decided to take some time off? You want me to believe that something as superficial as skin color made blacks so inherently different than any other group in history that none of them ended up as combat troops willingly firing a weapon in defense of themselves, their families and their homeland from the Northern intruders?

My verdict? I think it's extremely likely that there were black Confederate gun carring soldiers used in combat, serving willingly, often, and throughout the war. I don't believe enlistment was systematic in most cases except toward the end as the South became desperate for soldiers. And perhaps there weren't 65,000 of them, but as sure as there was a need and a man willing or forced to fill that need, almost surely there were black Confederate soldiers. Hopefully as time marches on, more facts will emerge, truth will prevail, and the history books will reflect the stories of these men and bestow the credit they deserve.

But that's my opinion.

Now it's up to you to decide.

Please do your research then return and cast your vote.

Do you believe blacks served in the Confederate ranks as gun carrying soldiers?

If you have a family story, other evidence for or against the idea of black troops fighting for the southern cause, or any other comment on this subject, please do post!

It's moderated so if you post anything nasty, racist or whatever, you're wasting your time, it will be deleted before posting.