Hurricane Sandy to Superstorm or Frankenstorm

Storm of the Century

Hurricane Sandy begun with a powerful force as it crashed into the Atlantic coastline. The first clouds and wind formed in this giant tropical storm within the Caribbean area on October 22, 2012. Growing as it moved its way north. The Atlantic summery warm waters combined with the gust of strong winds, continued to grow. Making Hurricane Sandy into one of the largest hurricanes recorded in history.

So Nice to Name a Hurricane After Me

Everything a family of four would need in case of any natural disaster with this survival kit. Comes with everything listed here under their product description.

Predictions from Scientist - How Did Hurricane Sandy Begin

Due to a sharply decline of sea ice quantities in the North Atlantic, scientist suggest that this had something to do with the formation of the hurricane. This is all part of global warming. Unusually dry summer and droughts across the Midwest part of the United States. Fires in Texas and Colorado and other extreme weather related disasters in many regions around the world. All suggest a change in our environment, which we have contributed to these changes with air pollution, thinning out the ozone layer.

What Makes Hurricane Sandy Different - Not a Typical Tropical Storm

Hurricanes drift northward as they enter the Atlantic. Winds that travel from west to east normally push the storm eastward out to sea. However, with the case with Hurricane Sandy, a high-pressured cold front over the East Coast slammed into this powerful storm. When they collided, the storm jogged westward as it traveled to the north. The air moved clockwise, giving the atmosphere a different steering pattern.

Sandy is the largest storm to hit the East Coast since 1988. This is when the government satellite technology became into effect.

With the storms slow progress and enormous 940 miles wide size, havoc to approximately two-thirds of the East Coast from Virginia to Massachusetts and up into Canada.

Wind Speeds of Hurricane Sandy hit Virginia Beach at 90 mph and New York at 80 mph, downgrading it to Superstorm Sandy or Frankenstorm (best name for Halloween). As of Oct. 30, 2012, twenty-four states been affected with Sandy storm and eight million people out of power.

Hurricane Sandy has brought in flooding, snowstorms, power outages, 100 homes burnt down in New York. The first time the New York Stock Exchange has closed down for two days since the 1880s.

The subways in New York are closed with debris and water that has flooded the tracks. It will take at least a week to pump all the water out and clean up the mess.

An Inside Look at Hurricane Sandy

Shown on Sandyspider Gifts are three different designs of this horrific hurricane. Own a product that represents this part of history. Shown above are t-shirts, hat, necktie and mug with these designs. Find many more products of this storm on mugs, bags, electronic skins and cases, key chains, pin-back buttons, coasters, clocks, pendants and ornaments.

Storm Surge: Hurricane Sandy, Our Changing Climate, and Extreme Weather of the Past and Future
Buy Now 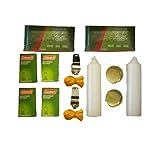 Shown above are water bottles and sweatshirts from these two pages on 3DRose below.

Find more of these products of nature when you scroll down the individual product index pages until you find Sandy Mertens Natures Fury, which is about 3/4s down the pages.

Devastation and Rebirth at the Jersey Shore Hardcover

Surviving Sandy: The Superstorm That Reshaped Our Lives
Buy Now

Promote My Shops as an Affiliate

Go tot the two Zazzle links above on this page for Sandyspider Gifts and Galaxyofstars Gifts. As a Zazzle associate promote any gift ideas from these shops or file more shops from my profile page there. Add these to your sites with your referral link. Earn 15% commision when it is sold from your link.

Gifts You Treasure Blog Join to be featured.

What is Your View on This Hurricane/Storm?