Mammoth Spiders: Urban Legend or Actual Monsters Among Us?

Mammoth Spiders: the Stuff Urban Legends are Made of

Images of giant spiders eating birds, creeping over your bed at night, throwing hairs into your flesh, and sinking their fangs into your flesh have invaded the human psyche for ages. Urban legends about these eight legged freaks abound...but are they really legends? Urban legends after all, are usually based on truth, many times exaggerated via the nature of oral tradition.

However, spiders, giant or otherwise, have played an integral part in the cosmology of many cultures. For example, Anansi the spider is prominently featured throughout Africa as a trickster or a great god. The Japanese believe that Spider Woman can ensnare careless travelers, and many many Southwestern Native American tribes believe that Spider Woman created the Universe. Iktomi, the trickster spider of the Lakota, is associated with the famous legend of the dreamcatcher. In addition, the Greeks and Norse looked upon Spiders as connecting the past with the future and with weaving the fates of people.

Photo is of a Wolf Spider defending its egg sack. This photo is licensed under the Creative Commons Attribution ShareAlike 3.0 License.

Now you know you've got to be one big mamma jamma to eat a bird...

The Goliath Bird-eating Spider is generally considered to be the largest spider (by leg-span) in the world. Apparently, the spider freaked out some explorers from the Victorian era, who witnessed one eating a hummingbird and as a result, named the spider the Goliath Bird-eater.

Native to the rain forest regions of northern South America, Goliath bird-eaters are the world's largest species of tarantula. Tarantula is a generic name for hairy spiders. These spiders have up to a 10 inch leg span and can weigh over 4.2 ounces. Wild Goliath bird-eaters are typically found in marshy or swampy areas, where they live in underground burrows.

Despite its notorious reputation for eating birds, their diets consist mostly of either insects and smaller creatures. On the other hand, the Goliath birdeater is one of the few tarantulas which can capture and eat a full-grown mouse.

Giant Bird Eating Spider! - Can you flippin' believe this?!!!

There are several ways in which spiders and monster spiders defend themselves. There is strong evidence that spiders' coloration is camouflage that helps them to evade their major predators. Many spider species are colored so as to merge with their most common backgrounds, and some have disruptive coloration, stripes and blotches that break up their outlines. Of course there's the obvious tangled or beautiful orb webs they weave that catch their prey, and then there is the Golden Nambian spiders that cartwheel down sand dunes to get away from predators.

Let's face it - it's the powerful venom, large jaws and irritant hairs that scare the daylights out of most of us. Large spiders such as tarantulas and baboon spiders, have bristle type hairs with barbs on the tips on their abdomens and use their legs to flick them at attackers. Yikes!

Photo of a male Sydney funnel-web Spider photographed November 2004 at the Reptile Park at Gosford by www.takver.com, retrieved from:

In hoodoo, the spider is not viewed as such a lucky omen. It is believed that spider eggs can cause live things to live inside you and spider webs, spider nest-balls, and dead spiders are commonly used as ingredients in goofer dust, a hoodoo powder that is used to harm people.

I guess not all Monster spiders are scary looking. The Theridion grallator, also known as the "happy face spider," has what looks like a smile or grinning clown face on its body. These spiders live in Hawaii. Maybe they don't eat birds, but that smile reminds me that creepy grin on that creepy doll Chucky's face.

Why a Spider has Eight Eyes

Then Earthmaker appointed Spider to watch over the world. Spider was without any passion, so no one feared her. Her voice was so small that only Earthmaker himself could hear her. Because she could climb, Spider was able to see far and wide. In the beginning, Spider had only two eyes like everyone else, but just to make sure that she could see everywhere, Earthmaker gave her six new eyes, one eye for each direction. Ever since, spiders have had eight eyes.

West Africa is the home of Anansi, a folk hero, who is both spider and man to the Ashanti people. He is a trickster, a provider of wisdom and a keeper of stories. His role is both lighthearted and profound, often providing the link between people and the supreme being.

One of the stories is about Anansi's involvement in the creation of the world. Anansi was ordered by the sky god to spin the fabric from which people would be made. Anansi then acted as the messenger between people and gods. Through Anansi's skill as a messenger the sky god gave people day and night, rain and wind.

In another story, Anansi put all wisdom in a pot to keep it safe But the pot was so big he couldn't carry it. When his son wisely suggested that he put the pot on his back, Anansi realised that all wisdom wasn't in the pot. In a fit of temper he tipped the wisdom out of the pot. Now wisdom is available to all people.

Iktomi, Spider Trickster of the Lakota - Teacher and Culture Hero

In Lakota mythology, Iktomi is a spider-trickster spirit, and a culture hero for the Lakota people. Alternate names for Iktomi include Ikto, Ictinike, Inktomi, Unktome, and Unktomi. These names are due to the differences in tribal languages, as this spider deity was known throughout many of North America's tribes.

According to the Lakota, Iktomi is the son of Inyan, rock. Inyan is a creator god similar in form to other male creator gods. Iktomi has a younger brother, called Iya, who is a destructive and powerful spirit. One story of Iktomi goes that in the ancient days, Iktomi was Ksa, or wisdom, but he was stripped of this title and became Iktomi because of his troublemaking ways. He began playing malicious tricks because people would jeer at his strange or funny looks. Most of his schemes end with him falling into ruin when his intricate plans backfire. These tales are usually told as a way to teach lessons to Lakota youth. Because it is Iktomi, a respected (or perhaps feared) deity playing the part of the idiot or fool, and the story is told as entertainment, the listener is allowed to reflect on misdeeds without feeling like they are being confronted. In other tales, Iktomi is depicted with dignity and seriousness, such as in the popularized myth of the dreamcatcher.

His appearance is that of a spider, but he can take any shape, including that of a human. When he is a human he is said to wear red, yellow and white paint, with black rings around his eyes.

Photo is of Artist Gertrude Spaller's rendition of Iktomi in the story Iktomi and the Ducks (1917) and is in the public domain.

The Native Americans are not the only ones with a spider for a culture hero. The dominant culture has done a pretty good job of creating their own Spider-Man, one of the most popular and commercially successful superheroes.

Spider-Man is a fictional Marvel Comics superhero. The character first appeared in Amazing Fantasy #15 (August 1962), and was created by scripter and editor Stan Lee and designed by artists and plotters Steve Ditko and Jack Kirby. Lee and Ditko conceived of the character as an orphan being raised by his Aunt May and Uncle Ben as an ordinary teenager, having to deal with the normal struggles of youth in addition to those of a costumed crime fighter. Spider-Man's creators gave him the ability to cling to walls, shoot spider-webs using devices of his own invention which he called "web-shooters," and react to danger quickly with his "spider-sense," enabling him to combat his many foes, including Doctor Octopus, the Sandman, the Lizard, the Green Goblin, Venom and many others.

The Spider-Man series broke ground by featuring Peter Parker, a teenage high school student to whose "self-obsessions with rejection, inadequacy, and loneliness" young readers could easily relate. In the comics, Spider-Man is often referred to as "Spidey," "web-slinger," "wall-crawler," or "web-head."

Similar to Iktomi and other indigenous trickster figures, Spider-Man has been used as a vehicle for teaching. For example, a unique comic book featuring the superhero was co-sponsored by the U.S. Department of Education and the National Dairy Council to offer a wide range of literacy and health related activities for children in kindergarten through sixth grade. Kids can work on the activities, which range from simple to complex, by themselves, in the classroom, or with their family. Called SPIDER-MAN IN AMAZING ADVENTURES, the comic book was developed as part of the Clinton Administrations' AMERICA READS CHALLENGE: READ*WRITE*NOW! initiative. While in office, President Clinton proposed the AMERICA READS CHALLENGE to help children read well and independently by the end of third grade.

SPIDER-MAN IN AMAZING ADVENTURES provides a range of activities for educators, parents, and learning partners to do with children from kindergarten through sixth grade. These activities engage children in fun with words, help sharpen their reading skills, and improve their oral and written communications skills. Children learn about nutrition, problem solving, and team building as they work through the booklet.

Check out this link to get a free copy of Spider Man in Amazing Adventures to help someone you know to learn how to read with enthusiasm.

A trickster is an example of a Jungian archetype that crosses many cultures and appears in a wide variety of popular media.The trickster can serve a dual role as a teacher.

In later folklore, the trickster is incarnated as a clever, mischievous man or creature, who tries to survive the dangers and challenges of the world using trickery and deceit as a defense. For example many typical fairy tales have the King who wants to find the best groom for his daughter by ordering several trials. No brave and valiant prince or knight manages to win them, until a poor and simple peasant comes. With the help of his wits and cleverness, instead of fighting, he evades or fools monsters and villains and dangers with unorthodox manners.

Who would you rather have for your third grade teacher?

What Would You Do If You Came Face to Face with a Monster Spider? 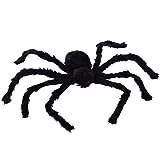 At the request of my spider loving son, I am including a list of spider games on this lens. He will personally check them all out and give you his unbiased opinion.