10 Proofs that YG is a Master of PR and Marketing

The Korean entertainment industry is really a game of marketing. With every group and entertainer starting to look and sound the same, it's all a matter of knowing how to package the product better and make it more appealing to the public. SM has been pretty darn successful in marketing their artists but YG is the king of marketing itself. When it comes to building an image for the company itself, YG does like a dang god from Mt. Olympus.

YG has built such a pristine image for itself that almost every young kid wants to be in YG even if their favorite artist belongs to JYP, SM or other smaller management companies. Many fans will think I am bashing YG. I am not. In fact, this is one post where I am really fanboying over something. Being a marketer myself, I am at awe at how YG has managed to become the most desired entertainment company.

Click here if you are looking for the funniest romantic comedies from Thailand.

Below are 10 proofs of YG's marketing genius.

#1- Unable to develop anyone popular after 2NE1 and Big Bang

YG hit it big with Psy's Gangnam Style. That song catapulted YG's revenue to heights unimaginable to Korea. The other cash cow is Big Bang and perhaps, the most consistent one. Aside from group activities, Big Bang members have pursued individual activities and experienced various levels of successes. Mostly, their individual success has been influenced by the popularity of Big Bang as a group.

2NE1 is a far third but a contributor nonetheless. However, YG has not really launched anyone successful after the three. In fact, I don't think they have launched anyone at all. Oh yeah, there is the Akdong Musicians who are getting less promotions than Se7en.

Yet, YG is still the most desired entertainment company. Imagine being an entertainer who wants to become a celebrity and join a company who seems incapable of launching a successful entertainer or artist. Why? How? WHAT?

#2- How on earth did CL become a rapper?

I remember talking with a VIP member (VIP is the name of Big Bang's fans) once and told her that CL and GD should be together. Being in the same company, being "badass" rappers and being leaders of the flagship groups of YG give them a lot in common. My friend was so upset and said that it was an insult to GD. She said CL does not know how to rap and is nothing but a product of great marketing. She said CL was created to counter the preppy image of Taeyeong of SNSD but is nowhere near the artistry of GD.

I don't know much about CL but have listened to almost all her songs as I try to do on all artists I want to write about. Nothing stands out. Her lyrics are ordinary at best. Her rhymes are juvenile and there is absolutely no poetry in her lyrics. There are no new ideas or insights either and her style maybe bought 3 for $1 in every street in LA.

I will leave it at that.

Do you think GD and CL should date?

Yeah yeah... we've all heard it before. Sampling Sampling. Where do you draw the line. I don't know about you but when it exceeds two more lines, it would universally qualify as "not sampling".

Next, when you claim something to be your own but is obviously a copy of someone else's work, that is so not sampling.

Third, when you don't acknowledge the artist's original work and the original artist, definitely not sampling.

But nobody notices. He is still hailed as a great musician. I don't know how YG does it but they do it goooooood.

When I got to YG, I must admit the food is great but it is not available 24/7 and not everyday of the week. For the record, SM food is just as good, is open longer hours and all days of the week.

Yet, YG managed to make theirs a famous attraction and desired destination.

These Japanese idols/actors made being bad look so goooood. Click here.

There is also the mystery of why Park Bom's drug problem has not been talked about. People dismiss it as if she's just addicted to Gatorade and not actual prohibited drug. She has been caught several times and only the recent one was talked about but only barely.

On the other hand, Sulli gets caught dating Choiza and it is as if it 104 volcanoes in the world are about to erupt.

This is one for the books.

I am not trying to be all holy and divine but I have never smoked weed. Up until I started working, I was never even around one. Amazing, right? It is true though. However, when someone first smoked it within my vicinity, I immediately knew it was the big ole maryjane. I knew because smell was so distinct.

I have been around cigarettes and smoked it at one point and marijuna is nowhere near it. Not even close. Not even in the same time zone.

Yet, when GD was caught smoking, he came up with this excuse of thinking it was a strong cigarette and people believed it. YG told the story over and over again and made GD appear like the victim. They pulled out GD from all activities for a while and then bam! Everyone believes there is cigarette out there that could smell like a maryjane. 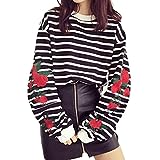 Last year, YG made headlines when it announced that 18 of its artists are going to be given the chance to be stockholders of the company. That's a really good thing. People hailed YG for being a company that "serves" its artists and someone that truly cares. Alright.

Except SM did it first five years ago and then again two years prior to YG. YG gave away a little over $81,000 shares while SM gave away more than $880,000 worth of shares. More than that, SM artists such as BoA, DBSK and Kangta have long been a members of SM's management.

Yet, YG managed to beat those drum so loud that it appeared as if the artists are real owner of YG.

#8- No one notices Epik High hasn't made a comeback

YG signed Epik High to gain some legitimacy in the hiphop world. There is nothing wrong with that. After all, Epik High crawled through the underground mud to achieve some respect in the hip hop world. When Epik High signed with YG, everyone said it proves that "real artists" go to YG.

Well, they may have been real artists when they joined YG but I don't know what to call them now. People may claim that they are actually making their comeback with Shoebox but unless you know their music pre-YG, don't say anything.

They put out a great defense - nobody can prove that the man isn't dead yet when Daesung ran over him. You can't kill a dead man.

So, YG isn't just great in marketing, they also have great lawyers.

And it really is... I mean... depending on your values but for many, pre-marital sex is okay. Except, they asked Seungri to do some self-reflection. Why?