15 Lessons Everyone Should Learn From Idols Part 1

Lesson #1 Looks Isn’t Enough, You Still Have to Work Hard

Click here for part 2 of Lessons about Success We Should Learn from idols.

Idols work hard to create and maintain their look. Some are blessed to have naturally good genes and some need the assistance of doctors and technology. They spend hours on the gym and thousands on their skin just to look radiant and glamorous.

Willingly or unwillingly, it’s a necessary step towards stardom.

But that’s not enough. No matter how pretty, no matter how sexy they get, that’s not enough. Most of them need to train for years, some train for 10 years, before they get the chance to be launched. After they are launched, they go for days without sleep, years without going home and decades without seeing friends to carry on one performance after another. They learn dance steps, lyrics, scripts and go from interview to another.

They need to work just as hard as the others. They don't get to slack off just because they are pretty. Their looks is just the beginning. What will keep them going is their hard work.

Do you think Korean Netizens are unreasonable and do more harm than good to their odols? Click here. 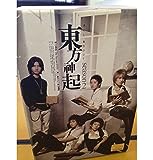 Lesson #2 Everyone Pays Their Dues

You will not get to the top unless you spend time in the bottom.

Many idols were back up dancers for years before being launched. They were stand ins for idols. Some of them were given the "bestfriend's lonely sister" role. They were sent to be bit players in commercials. They were back up singers.

When they finally get launched, not everyone gets the spotlight. Only a few members shine. They become known as the talentless members. They get criticized, they get ignored and they need to learn how to deal with it if they ever want to have a chance at getting to the top.

They don't earn enough to afford their own car and when they do start earning, majority of their earnings go back to company to pay the company for all the investments they put in building their image and their brand. They don't get enough money for food so they eat their leftovers for dinner, they don't get vacation time so they don't see their family for months.

Everyone pays their dues. No become an idol overnight.

What many don't understand that is that all these entertainment companies actually put in a lot of money to build an idol. All those times they pay producers and composers to write music, create clothes for the idols to wear, hairstylists, fashion stylists, production designers, the props and the stage plus the media they utilize and connection to get all the idols the necessary exposure they need to develop a fanbase.

Their music videos cost thousands of dollars to produce and more often, it takes years for a group to be profitable.

Many people think that all these "slavery" contract is just about the company getting more than what they deserve. It's about getting their investments back or breaking even. The idols need to put in years of work in order to earn enough to pay the initial investment back. Once they pay it off, that's when they start earning, that's when they start raking the money in.

Click here and read about the impressive transformation of Japanese idols to bad boys in movies that proved they are more than just a pretty face.

They need to work hard for years and only then will the money start coming in.

Lesson #4 Learn From the Seniors

Shinhwa lasted long because they made a lot of sacrifices along the way. They were faced with many situations that forced them to make difficult choices. They are not shy about the sacrifices they had to make to continue what they started. They were open about the fact that they were oveworked and underpaid. They worked under harsh conditions and the knew they deserved more than they were getting.

There are other idols who offer more lessons, more stories, and more insights on the life of an idol.

The problem is that no one is listening. They get into the business expecting to be treated like kings and queens. They don't hear what the seniors are saying - you will start at the bottom of the foodchain before you move up.

Lesson #5 You Can’t Have Everything

Idols get the same amount of time as we all do, 24 hours a day. At the height of their promotions, they can have three to five schedules everyday. They don't have time to sleep, how will they find to do anything else?

As they gain popularity, interest about their lives grow. They are followed around. Things that they do on and off the stage are interpreted. Every bracelet, every jacket, every dang keychain they carry around are examined and connected to other idols.

Lesson #6 Ambition is Greater Than Friendship

Jessica Jung and the Girl's Generation made headlines when it was announced that Jessica was being ousted from SNSD, just months after the whole group renewed their contract for another three years.

Jessica claimed that the girls asked her to choose between her fashion label or SNSD, a claim the group didn't deny. Many believe that it was SM who asked the girls to Jessica to choose. Those are fans being fans. The fact is that the girls felt Jessica was getting ahead of them by preparing for a career outside of SNSD by using the current activities of SNSD. This group has been together for more than 10 years but they all chose to kick this girl, this family member, this friend out of the group in order to take care of their own interest. There's nothing wrong with that. They became idols because of their ambition, not because they want to have friends.

Jessica is not unique. There have been a lot of times in the past when ambition and career have been chosen over friendship, One of the most famous cases is TVXQ who separated at the height of their career. There is also Jay Park who decided not to return to 2PM despite the other members asking him to.

Click here and read about the case of TVXQ / DBSK Split and who is more successful between the two now.

Idols, although mocked and criticized by the elite, are the hardest working celebrities in the world. They work not in their own phase. They stretch their physical limitations to get to their ambition. Sure, we may not agree with their kind of music or career path but it doesn't change the fact that they work hard.

They pay their dues, they devote their time to their career and make necessary sacrifices in order to achieve what they set out to do.

We should all learn their work discipline.

Click here for part 2 of Lessons About Success We Should Learn from Idols.