Ska is a music genre that originated in Jamaica in the late 1950s.  Ska was the precursor to reggae and combined elements of Caribbean mento and calypso with Jazz and Rhythm and Blues.  The current version of ska music is known for its high tempo pace and high energy and generally creates a fun atmosphere wherever it is played.

Ska's history has been divided into three waves by music historians.  The first wave consisted mainly of the original Jamaican scene of the 1960s.  The second wave consisted of the Ska revival of the 1970s, mainly in England.  The third wave was the resurgence of ska in the late 1980s.

Out of the third wave came Ska punk which combines ska and punk rock.  Ska punk became popular in the United States in the 1990s.  For the first time, several ska punk bands achieved great success on the mainstream charts.  The following is a short list of the some of the great ska bands of the 1990s.

However, the Bosstones were not well known for a long time.  They mostly played shows around Boston until the early 1990s when they began forming a national following after the release of their best albums Ska-core, the Devil and more. By 1994 the Bosstones were playing on national television and opening for bands like Aerosmith.  They even appeared in the movie Clueless.

The Bosstones went on hiatus in 2003 and claim they left on friendly terms.  They have done a few reunion shows since but have not toured or released any new albums.

The Impression I Get 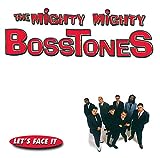 The Impression That I Get
Buy Now

Save Ferris was a great touring band with a great horn section and great vocals by lead singer Monique Powell. They opened for other big names of the day including, Sugar Ray, The Offspring and Reel Big Fish. By the end of the 1990s however the original members of the bank began going elsewhere and the band finally broke up in 2002.

Less Than Jake gained success quickly. After releasing their first album Pezcore, they were signed to Capitol Records. Then they released Losing Streak. They then released The bank which was very popular and Less Than Jake toured the Country with the Descendants, Guttermouth and Blink-182.

The Science Of Selling Yourself Short

Reel Big Fish was formed in the early 1990s in Southern California. Reel Big Fish is best known for its 1997 hit song Sell Out. Sell Out received mainstream acclaim and airplay on MTV and radio stations across the Country. The band still tours and releases new music but there only remains one original member and their most recent releases do not feature the horn section which may take them out of the ska genre. 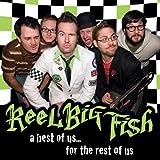 Buck-O-Nine was formed in 1991 in San Diego, California.  Buck-O-Nine received mainstream success in the late 90s with the release of their Album 28 teeth and its most successful single My Town.  Worldwide, the album sold nearly 400,000 records.Buck-O-Nine stopped touring in 2000 but still releases new music every now and then and still tours regularly around California. 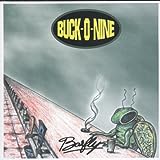 The third wave of the ska punk scene began to lose popularity in the late 1990s.  No Doubt, who started as a ska band moved to mainstream pop.  Sublime, perhaps the most talented ska/punk/rock band of the genre lost its lead singer.

Despite the genre's departure from the mainstream,  ska music is simply fun.  The horns and beat give it energy and life.  For a good night out, seeing anyone of these ska bands is a good idea. 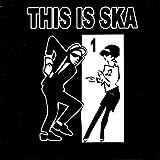 This is Ska
Buy Now