The 2012 Dove Awards Song of the Year Nominees

The Dove Awards is a celebration of Christian music of all kinds, including contemporary, rock, hip hop, blue grass, urban, country, inspirational and southern gospel. This year's Dove Awards ceremony will be taking place on April 19, 2012 at Fox Theater in Atlanta.

Laura Story's song, Blessings won the 2012 Grammy Award for Best Contemporary Christian Music Song. Will she also win the Dove Award for Song of the Year?

Here are the 2012 Dove Awards Song of the Year nominees:

From the Album: Music Inspired by The Story

the only One I fall before
I am His because He is alive.

The song Alive is one of several songs on a compilation album called THE STORY. Those in the Bible are brought to life as each song is attributed to someone in the Bible.

The song Alive is about Mary Magdalene, a woman who was transformed by Christ. She was devastated when Jesus died on the cross and she was the first one to appear at the empty tomb.

What a wonderful and amazing moment it must have been for Mary Magdalene to see that Jesus was Alive! 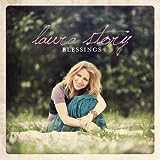 From the Album: Blessings

Cause what if Your blessings come through raindrops

What if Your healing comes through tears

What if trials of this life are Your mercies in disguise

The song Blessings is a true testament to what singer/songwriter Laura Story went through as a newlywed when her husband was diagnosed with a brain tumor.

After the operation, her husband suffered vision and memory loss and had been kept alive by a breathing tube at one time.

Truly, the words "what if trials of this life are your mercies in disguise" is something that Laura Story not only wrote but lived.

Celebrate Me Home by The Perrys

From the Album: Blue Skies Coming

Celebrate me in that land of wonder

where nothing can compare.

Celebrate me in that place

Celebrate me saved by grace

The song Celebrate Me Home is a song that creates a first-person account of a Christian who finds himself at the Gates of Heaven and then enters into eternity.

Instead of being a sad event for those left behind, it is to be a joyous occasion and one that is cause for celebration. 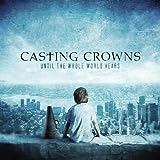 Glorious Day (Living He Loved Me) by Casting Crowns

From the Album: Until the Whole World Hears

Living He loved me,dying He saved me

And buried He carried my sins far away

The song Glorious Day (Living He Loved Me), is actually a remake of the old hymn, "Oh Glorious Day" written by Rev. John Wilbur Chapman who lived from 1859-1918.

This song that was written over 100 years ago proves that Jesus is the same yesterday, today and forever and that His message or His love for us will never change.

From the Album: One Song at a Time

Oh, I love the way You hold me, by my side You’ll always be

You take each and every day, make it special in some way

I love the way You hold me, in Your arms I’ll always be

You take each and every day, make it special in some way

I can’t imagine even loving You less
Lord, I love the way You hold me

The song, Hold Me, is co-written and performed by a new rising star in Christian music. This 19-year old has struggled with Tourette's syndrome and as a result began TS - Teens with Tourette's in order to create awareness.

Jamie says that she hopes people who listen to her music have a relationship with God but also that they know that no matter what, God is always there for them. 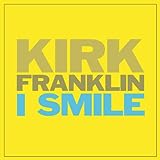 I Smile
Download I Smile a 2012 Dove Awards Song of the Year nominee!
Buy Now

I Smile by Kirk Franklin

From the Album: No Fear

I smile, even though I'm hurt see I smile,
I know God is working so I smile,

Even though I've been here for a while
I smile, smile

It's so hard to look up when you've been down.

Sure would hate to see you give up now
You look so much better when you smile.

The song I Smile is Kirk Franklin's dedication to those who have been struggling through tough economic situation this country has been facing.

In the intro to the song Kirk Franklin says, "I dedicate this song to recession, depression and unemployment. This song’s for you." 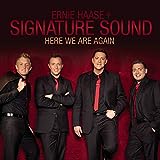 I've Been Here Before by Ernie Haase & Signature Sound

From the Album: Here We Are Again

I've been here before

And I'll be just fine

I've been here before, time after time

God steps into the fight and settles the score

So it is shown, I don't fight alone

I've been here before

The song I've Been Here Beforee is a song that shows God will always be there for us in any situation, no matter how many times we find ourselves fighting the same battles or trying to overcome the same challenges.

Ernie Haase says of their music, "As we travel, it just re-enforces to us that we live in a hurting world. A world that needs Jesus more desperately than ever. And I can honestly say that that's why we're here. We want to impact that world for our Savior" 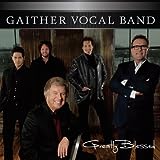 Please Forgive Me by the Gaither Vocal Band

From the Album: Greatly Blessed

Forgive me, I'm so sorry

I love you, I always will

This hole in my heart Lord,

only You can fill

The song, Please Forgive Me is one of many beautiful songs on this album, the first one produced by the collaboration of Bill Gaither, Michael English, Wes Hampton, Mark Lowry and David Phelps who came together to create an album in January 2009.

This particular song truly reminds us of all Jesus has done and that when we let Him down, all we have to do is come to him and ask for His forgiveness. 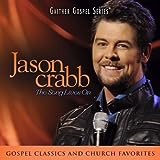 Who Am I (With Sonya Isaacs Yeary And Becky Isaacs Bowman)
Download Who Am I a 2012 Dove Awards Song of the Year nominee!
Buy Now

Who Am I by Jason Crabb

From the Album: The Song Lives On

Who am I that the King would bleed and die for?

Who am I that He would pray, not my will, Thy Lord?

The answer I may never know,

why he ever loved me so

But to an old rugged cross He'd go for, who am I?

The song Who Am I is one of eight Dove Award nominations for Jason Crabb. The Southern Gospel singer says, "I'm just blown away." All of the songs on his album, The Song Lives On is a tribute to the little country church in which he grew up. "This album is something really close to my heart," he says.

Jason Crabb performs Who Am I with Sonya Issacs Yeary and Becky Isaacs Bowman.

Your Great Name by Natalie Grant

From the Album: Love Revolution

Jesus, worthy is the Lamb that was slain for us,

Son of God and Man

You are high and lifted up,

and all the world will praise Your great name

The song Your Great Name has the potential to be one of the greatest worship songs ever written. Natalie Grant says that one of the reasons she really loves this song is because of its message that nothing matters more than Jesus.

Natalie says, "What’s important to remember is that we can’t get to God except through His Son, Jesus. It’s so exciting to sing a song which proclaims the name of Jesus. God is great, but there aren’t a lot of songs that really proclaim the name of Jesus."

What's Your Choice for Song of the Year?