The 2011 Dove Awards Song of the Year Nominees

The Dove Awards celebrate the best of Christian and gospel music and are presented each year by the Gospel Music Association (GMA). This year, the GMA will be celebrating its 42nd year of the Dove Awards which will be presented during a ceremony on April 20, 2011 in Atlanta, Georgia. For a song to be eligible for a Dove Award the lyrics must:

There are many different genres of Christian music that are represented at the Dove Awards. These genres include: Rap/Hip Hop, Contemporary, Rock, Southern Gospel, Traditional Gospel, Bluegrass, Inspirational, Country, Urban, Spanish Language, Praise and Worship and Christmas.

There are so many awards that I decided to focus on just one award given out: That of Song of the Year. And in no particular order, the nominees are: 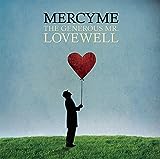 "All of Creation" by MercyMe

From the Album: The Generous Mr. Lovewell

According to Bart Millard, the song, All of Creation was written on the premise that "we love because He (Jesus) first loved us." In writing the song, Millard set out to write a sort of confessional that discussed the life, death and resurrection of Jesus. 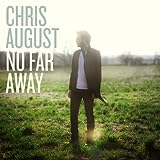 No Far Away
Buy Now

From the Album: No Far Away

On January 18, 2009 Chris August wrote "Starry Night" as a part of his re-dedication of his music and his life to Jesus. 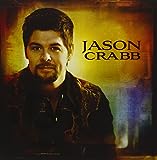 "Sometimes I Cry" by Jason Crabb

From the album: Jason Crabb

Jason Crabb says, “‘Sometimes I Cry" is different from 98% of everything I’ve sung before. It’s a slow song. There’s no modulation at the end, no rousing note at the end; but the first time we did it live, people stood to their feet. They needed to hear it, to be reminded that’s it’s okay to be honest about where they are.”

He also says that people in this world are hurting and times are tough and we need to remember we're human and we can't always live up to everything we want to be. 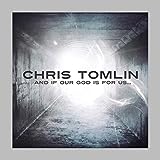 And If Our God Is For Us
Buy Now

"Our God" by Chris Tomlin

From the album: And if Our God is For Us and Passion: Awakening

The song "Our God" was part of some new music that was released on the live worship album, Passion: Awakening. The song then became the source of the title for Chris Tomlin's studio album, "And if God is For Us."

In writing "Our God," songwriters tried to capture everything they believed God to be. The result was a powerful anthem sung in churches all over the world.

In 2006 the song "How Great is Our God" by Chris Tomlin won the Dove Award for Song of the Year. 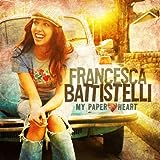 From the album: My Paper Heart

Like sunlight burning at midnight
Making my life something so beautiful, beautiful
Mercy reaching to save me, all that I need
You are so beautiful

Battistelli says the song "Beautiful, Beautiful" is about second chances and the beauty of God's mercy and grace. She also says that whenever she performs the song someone comes up to her and says, "Thank you. I really needed to her that song and be reminded that every day is a day to start over."

It is her desire that this song means something to everyone who hears it.

In 2009, her song, "I'm Letting Go" received a Dove Award nomination for Song of the Year. 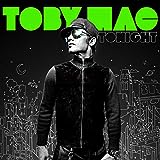 "Get Back Up" by tobyMac

From the album: Tonight

TobyMac says that he tries to write honest songs - songs that talk about what we all go through in life and how faith plays a role in that.

He says that "Get Back Up Again" was inspired by a friend who was going through some tough things. TobyMac wanted to remind his friend that we all go through things in life at one time or another and the most important part of that journey is the ability to get back up.

In 1996 the song "Jesus Freak" which was co-written by tobyMac and performed by DC Talk (of which tobyMac was a part of) won the Dove Award for Song of The Year. 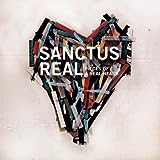 "Lead Me" by Sanctus Real

Written by: Matt Hammitt and Chris Rohman of Sanctus Real and Jason Ingram

From the album: Pieces of a Real Heart

So Father, give me the strength
To be everything I'm called to be
Oh, Father, show me the way
To lead them
Won't You lead me?

The song "Lead Me" was written after lead singer, Matt Hammitt's wife told him that she wanted him to be a better spiritual leader. He said he accepted the challenge with humility because he knew it was true.

Hammitt says, “My wife and I aren’t shy about sharing that we’ve had some pretty major struggles with me being on the road so much. Every marriage has its struggles, and we’re committed until death do us part. But we actively have to work through our issues.” 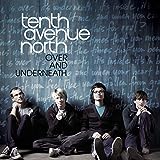 Over And Underneath
Buy Now

From the album: Over and Underneath

One life is all I am
Right now I can barely stand
If You're everything You say You are
Would You come close and hold my heart?

The song "Hold my Heart" is about the struggle to continue to trust in God when there doesn't seem to be any answers. Lead singer and one of the writers of the song, Mike Donehey says it is also a song about needing to hurt when others hurt just as Jesus wept alongside those who were suffering.

Tenth Avenue North's Song, "By Your Side" won the Song of the Year at the 2009 Dove Awards. 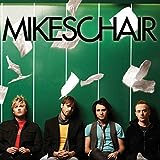 "Let the Waters Rise" by MIKESCHAIR

Written by: Sam Tinnesz and Mike Grayson of MIKESCHAIR and Ben Glover

According to lead singer Mike Grayson, the song "Let the Waters Rise" started out as a song about the struggles of teen pregnancy but ended up making it a general song about hardship. The band says that the song is based on the "response we should have to God in any situation"

After finishing a show at a venue in Missouri, a man came up to them and said this song literally saved his life. He was thinking about committing suicide but when this song came on the radio he decided not to end his life. The man told the members of MIKESCHAIR, "My kids still have a father thanks to your song." 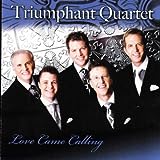 From the album: Love Came Calling

every doubt and fear erased

Never be the same again

With a mission to spread the Word through song and share the good news of Christ with other believers, the Southern Gospel group, Triumphant Quartet" does just that when singing about the love of Jesus in their song "Love Came Calling." The group proclaims that "Christ is the reason we sing."

In the song "Love Came Calling," Jesus calls to people such as Peter and Lazarus during Biblical times and also to those living in sin in today's world.

What is your vote for Song of The Year?