I am that special freak, the man with the child inside who remembers all.

His prolific works handled many topics in ways that we had not imagined before he approached them with his singular talents. Coincidentally, they even included community, home, and health.

I will never forget his TV scripts for I Sing the Body Electric/The Electric Grandmother, or his stories about Uncle Einar, the vampire. In the first, an android took care of children in a family when their mother died and came back when they were old to care for them again. In one of the latter, Uncle Einar allowed his nieces and nephews to attach him to rope and fly him as a kite in a kite flying celebration when their own kite was ruined. Ray Bradbury wrote for over 71 years, not quite as long as did Lilian Jackson Braun.

You don’t have to burn books to destroy a culture. Just get people to stop reading them.

Mr. Bradbury wrote his famous novel Fahrenheit 451 in the same manner that I had to write my first college papers, in light of the fact that I had no computer or even a typewriter of my own. He typed that book at the UCLA library basement on electric typewriters that charged 10 cents per 30-minute session.

That was my favorite quality about Ray Bradbury besides his imagination - he made things happen. He once said that he believed that the Universe created us, that it literally shouted us into existence and that our whole lives should be shout in return. Even after a stroke that required the use of a wheelchair, Ray Bradbury continued to write every day of his life until he died. He probably took his pen with him.

At age 91. Bradbury was still going out to literary conclaves - bookstore events, library fundraisers, anything to help literature, reading, and people that need and want to read. We can do the same in our own communities.

Space travel has again made children of us all.

The other favorite quality of this author concerns his wife as well. Marguerite Bradbury worked full-time so that Ray could have the freedom to write at any hour of the day or night - at the same time as raising four daughters.

Mr. and Mrs. Bradbury provided a community of fantasy-horror-Sci-Fi-humor enthusiasts with unmatched literature and poetry while they built one of the finest examples of a home that I can imagine.

The four Bradbury daughters are all alive today in 2013, but Mrs. Bradbury died in 2003. The author and his wife were married for 56 years and her loss must have been one of the most difficult for him.

Carnivals, Side Shows and the Circus

Born In Waukegan, Illinois In August, 1920 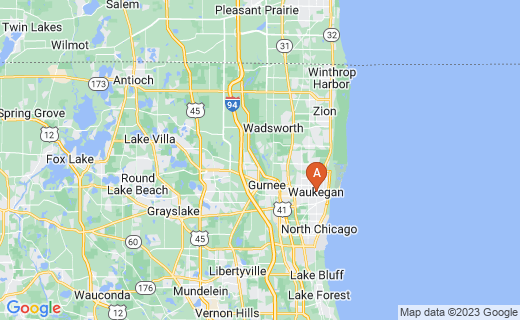 Circuses rolled up to the outskirts of smalltown Waukegan & Bradbury had a look. The world of the circus inspired him to write things to last fore

Running Away with the Circus

Bradbury wrote about the circus, one of my favorite events, and he wrote about horror. Sometimes he combined the two, as in Something Wicked This Way Comes and Dark Carnival. He wrote the Martian Chronicles and made us want to find another human-like civilization on Mars...too bad we found only rock and dust, some bacteria, and a few drops of water. There's mining to be done though, and we'll be our own Martians - that scenario appears in another story, by the way: They Were Dark and Golden-Eyed.

Ray wrote the script for Moby Dick in the 1950s and he wrote for the Twilight Zone. How fortunate we are to have all of that on film! All this while, science fiction is not yet fully respected by The Overseers, such as the Academy of Motion Picture Arts and Sciences and all the rest.

Considering Bradbury, who nows which of us might achieve a writing career of 30, 60 or 71 years?

Choose a day of remembrance and write in honor of your on favorite author. Dedicate something to him or her.

Ray Bradbury became a fulltime writer in 1947 at the age of 27. His first major work was completed in 1950 as a novel - The Martian Chronicles. It was filmed as a 4-hour miniseries and is in high demand as a collector's item, often seen at certain science fiction conventions.

The Martian Chronicles
A tale of Mars and Martians as we imagined them before the first rovers set down planetside and discovered wastelands of fine sands.
Buy Now

Influences On the Bradbury Writing

When Bradbury Began to Write

Bradbury often told the story of how, at age 12 during the Great Depression, he met a wonderful carnival magician. This Mr. Electrico ended his performance that time with young Ray probably in the front row, because the magician reached out with his sword to the boy,

Electro touched Ray with his sword as if knighting him and commanded, "Live forever!"

The youngster became exited by the idea of such longevity and began writing every day until he was 91. Thus, Ray Bradbury acutally wrote for 79 years, although the earliest pieces of his childhood script are gone to dust somewhere.

You must write every single day of your life... You must lurk in libraries and climb the stacks like ladders to sniff books like perfumes and wear books like hats upon your crazy heads... may you be in love every day for the next 20,000 days. And out of that love, remake a world.

What is your favorite novel, short story, TV episode, movie, or speech by Ray Bradbury? Feel free to leave it or them in the Comments below!