Aboriginal Dances and Tributes In The 2010 Vancouver Winter Olympics

Ice dancing gold medalists Dominia and Shabakin report that they wanted to pay a tribute to Australian Aboriginal cultures by deriving an ice dance routine and costuming from their Internet research. They eventually won the gold medal of the ice competitions, but the media blasted the pair for having supposedly angered actual Aboriginal peoples.

However, one Aboriginal descendant found it humorous. It seems the experts in the research are the ones angered more severely than the Aboriginals. This is likely true, since researchers place a large investment of time and effort into their findings and are dismayed by such gaffs as the Russians made. The Aboriginals may just laugh and shake their heads. However, the act was not malicious, but the ice dancing pair needs better guidance in their cultural competence.

After watching the clip below, I found the first 20 seconds shocking and wondered if the skaters had been watching jungle movies from the 1920s with their inauthentic portrayals of Africans.

Maxim Shabalin in costume in films and photos resembles an Iroquois brave and Oksana Domnina looks to be wearing a backless bikini top and short shorts; both seem festooned with Christmas decorations. Apparently, inadequate research led to inappropriate costuming. By the end of the skating competitions, the costuming had been streamlined, but remained untrue to the Aboriginal Peoples it was to represent.

Messages From Down Under 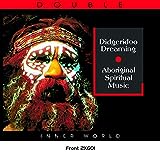 Opinions of the Performance

The first 20 seconds of the reoutine are straight out of the 1920s and 1930s club performances of Blacks before white audiences. It smacks of the old minstrel show and discrimination new and old. For evidence, you might be able to find the rare photos of the actress and singer Nichelle Nichols (Star Trek's® Uhuru) dancing on stage in a grass skirt and a banana necklace in the 1940s.

Domnina and Shabalin were picked as favorites for Gold in the 2010 Winter Olympics at Vancouver before the European competition. Though they won the Gold in the European event, some Australians – Caucasian and Aboriginal - were insulted. They see no resemblence to Aboriginal culture, but rather an attempt to exploit it for medlas and cash prizes. The routine seems to resemble a parody or cartoon but does not go so far as a Saturday Night Live skit that would included infamous cheerleaders Will Ferrell and Cheri Oteri or Darrell Hammond and Kirstin Wiig.

Of the many Aboriginal groups in Australia, the Bangarra spoke out most loudly -- Mr. Stephen Page is the artistic director of the Bangarra Dance Company, a much-respected dance troupe and artistic community. Various press reports concluded that Mr. Page feels the Aboriginal tribute contained no traditional movements, imagery, or music. This points to one more misinterpretation of Aboriginal people and culture, perhaps not quite as low-wrought as the totally fictional book Mutant Message Down Under, exposed as an advertisement for a tea-tree oil sales scheme (see link to the right).

The Original Ice Dance requirement was to write and perform a number honoring a specific culture or folk tradition and stict authenticity was not required. Some authenticity would be appreciated.

The American duo Belbin and Agosto did a Moldavian folk dance for the Silver at the European event in Estonia. Americans Davis and Davis won the Grand Prix Final in their Asian-Indian derivative dance. There were no complaints about either these numbers or of that done by the Italian couple that won Bronze in Estonia for an Italian folk dance.

Traditional Russian or former-USSR member nations' dances on ice would have been spectacular. As it was, the Russians' costumes also resembled Ukrainian “gingerbread” decoration, delightful on Ukrainian national attire and Easter eggs (pysanki/pysanky, et.), but not on an Aboriginal person. Perhaps this is the mistake – Aboriginals with a Ukrainian flavor.

The memorable Opening Ceremony of the 2000 Summer Games in Sydney, Australia, shown in part below, featured Aboriginal performances that made an appropriate and engaging presentation to worldwide veiwers. Many tributes were paid to Aboriginal Peoples throughout the Summer Games.

The Aboriginal-or-not tribute performance of Domnina and Shabalin tends to mar the memory of the historic 2000 Summer Olympics, as well as the traditions of Indigenous Peoples globally. An actual recent picture (to the right) of an Aboriginal man and child in 2008, is a better indicator of the general appearance of Australian Aboriginals in natural surroundings.

Bangarra Dance Theatre opened in 1989 to honor and celebrate Australia’s Aboriginals. Mr. Page has served as artistic director since 1991 and is a recognized authority. The company's dances, costumes, hairstyles, and makeup are all authentically true to Aboriginal designs. Domina and Shabalin and their handlers can not have viewed Bangarra's website examples. Mr. Page sees to it that the company adheres to Aboriginal and Torres Strait Island traditions and stories with some modern influences to connect Dreamtime from the past to the future. Bangarra Dance Theatre headquarters itself in Sydney' art district at The Wharf, Walsh Bay, on Sydney Harbour. The Wharf itself is a national historic site in Australia that dates to the early 1800's. Everything about Bangarra suggests tradition and authenticity. The artistic director has poured himself into it as an investment into maintaining authenticity and is insulted by commercial knockoffs.

No doubt, the "Aboritional tribute ice dance" will show up in parody Saturday Night Live and many other comedy and comedy-news programs and will possibly become a cult phenomenon. It may be depicted in Halloween costumes and classroom skits. It may lead to PhD dissertations on Authenticity and Cultural Competency. It might provinde a long-running become a Saturday morning cartoon show.

The possibilities bring comic images to mind: a Russian ballerina dancing a French ballet with a giant Eiffel Tower embroidered on her back and buttocks – a bit gauche and cloying, as well as oddly comic; parody Aboriginal bobbleheads; Hiawatha and Pocahontas doing The Twist...