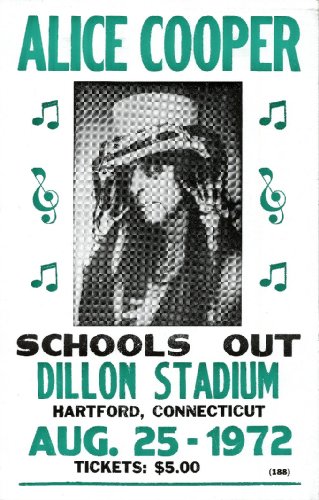 It was Alice Cooper posters that I had all over my bedroom walls when I was a teenager.

This outrageous entertainer enthralled me, with his wild log dark hair and his eyes black with stage make-up. Plus who could fail to fall in love with his first big music hit back in 1972, School's Out.

Born Vincent Damon Furnier on February 4th, 1948 in Detroit Michigan, where his father, Ether Moroni Furnier was a lay preacher in the fundamentalist Church of Jesus Christ. Young Vincent himself was also very active in the church before he turned to the rock world.

He was a sickly child, and his family eventually moved him to Phoenix Arizona where the young Vincent Furnier attended Cortez High School. In 1962, aged just 16, Vincent and some school friends formed a group and called themselves the Earwigs, in order to enter a local talent competition.

Unfortunately none of them could actually play a musical instrument, and so they went on stag doing a mime act, with Beatles songs playing in the background.

They won apparently (the rest must have been REALLY bad!) and through their brief stint on stage caught the entertainment bug. Afterwards they went out and bought musical instruments second-hand from pawn shops, and started teaching themselves to play.

By 1965 they had renamed themselves as The Spiders, and were getting gigs all round Phoenix using a black spider's web on stage as a prop. The band had a lead guitarist, a base guitarist, a rhythm guitarist, a drummer and of course, Vincent himself on vocals. In 1965, they recorded their first single called "Why Don't You Love Me".

The following year the band members graduated from high school and achieved a local Number 1 hit with their second single called "Don't Blow Your Mind".

In 1967 the band had started getting regular work in the big show bars of Los Angeles, they renamed themselves The Nazz and released another single called "Wonder Who's Loving Her Now". By the end of that year they had relocated to Los Angeles. 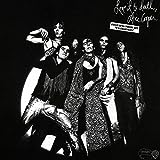 Love It to Death
Buy Now

The name Alice Cooper was born

In 1968, the band learned that there was another band called The Nazz, and so they had to change their name again. This time they came up with the name Alice Cooper, which Vincent decided to claim for himself as well.

The Alice Cooper band were showmen, and they had decided they needed a name that would make them stand out amongst the many show-bands that were around at that time. Using a girl's name for an all-male band was certainly different.

Then they put out press releases to say that the name had been chosen by playing a ouija board, and that Alice Cooper was really a 17th century witch who had been reincarnated through Alice Cooper himself.

This set the stage for Alice Cooper to put on outrageous acts that included guillotines, fake blood, decapitations and a boa constrictor.

The Alice Cooper band met Frank Zappa after music manager Shep Gordon spotted their potential one night during a disastrous gig where the patrons had walked out only 10 minutes after they started playing.

Gordon arranged for the band to be auditioned by record producer Frank Zappa, who back then had a liking for signing up unusual bands. Zappa signed them up on the spot to his new music label, Straight Records.

Their first album "Pretties For You" was a complete flop, only briefly touching the US charts at Number 193. Their second album "Easy Action" released in 1970 was also a commercial flop.

Meanwhile Warner Bros Records bought the Straight Record label from Frank Zappa and the band relocated to Detroit where they spent the next couple of years gigging in the bigger clubs there.

Alice Cooper was still contracted to Straight Records and at the end of 1970 they recorded their third album. A single was taken from this album called "I'm Eighteen" and it achieved some minor success in the US charts, reaching No.21 on Billboard Hot 100. The album release that followed "Love it To Death", reached No. 35 on the US Billboard 200 album charts. 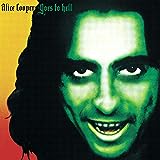 From the Inside, Constricted and Trash. Alice Cooper Music albums on Amazon 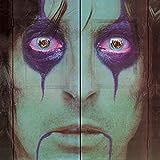 From the Inside
Buy Now

This success encouraged Warner Bros to sign the band up on a multi-album contract, and in 1971 the Killer album was released and singles taken from that album "Under my Wheels", "Halo of Flies" and "Be My Lover" all became hits.

The summer of 1972 saw the release of the single "School's Out" which went to number 1 in the UK and into the US top 10. The School's Out album reached No, 2 in the US charts.

By this time the Alice Cooper band's live performances were the most talked about in the press and within the music business, with Alice Cooper chopping heads off dolls with the liberal use of fake blood to shock the audience.

Alice Cooper himself made out he was maniacal drug-crazed psychopath, and teenagers like me loved the anti-establishmentarianism of the group. After the 70s were over we were all quite disappointed to learn he was actual a nice law-abiding citizen who even went to church.

Alice Cooper Billion Dollar Babies and Welcome to my Nightmare

February 1973 saw the release of the Billion Dollar Babies album which reached No. 1 in both the UK and the US. "Elected" was a top 10 hit in the UK, as was "Hello Hooray" and "No More Mr Nice Guy"

Muscle of Love was released towards the end of 1973, and the it single from that album "Teenage Lament '74" proved to be their last successful UK hit of the 70s.

The band were arguing a lot around this time and they took a break for a year or two to get away from the pressure which must have been huge, and in 1975 Alice Cooper launched his solo career with his album "Welcome to my Nightmare". The single taken from that album was Only Women Bleed and it was a US top 20 hit.

By this time, however, Alice Cooper was an alcoholic and his drinking bouts began to affect his performances. Concerts got cancelled and gradually Alice Cooper stood back from the spotlight, and despite some TV and film appearances, Alice Cooper's career was on a downward spiral. Warner Bros kept him to his contract and throughout the early 80s several albums were released, none of which were memorable to write about, and he was finally released from his contract in 1984. 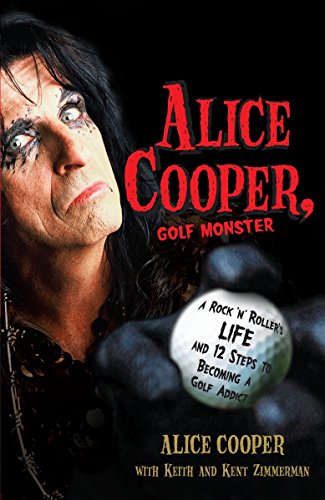 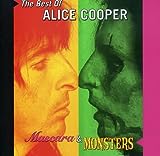 Alice Cooper at the Glasgow SEC

Just to finish off this article - I drove a taxi in Glasgow for 18 years on the night shift, and one night the controller was calling for a taxi for the SEC (Scottish Exhibition Centre). I was close by, but the streets were really busy with clubbers and people going places on their night out.

Three times the controller called the job out which I ignored. Three calls means that the first taxi to answer with his call-sign gets the job, regardless of where he actually is at the time.

I was devastated when he gave the job details to another taxi driver. It was to pick Alice Cooper up at the end of their gig and take him to his hotel.

I was always his biggest fan. What a job that would have been! 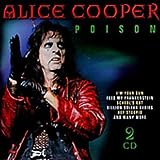 Poison was the name of Alice Cooper's last hit single, in 1989. Taken from his 18th studio album album 'Trash', Poison went on to achieve #7 spot in the US singles chart, #2 in the UK and#3 in Australia.

There are two videos available of Poison - Alice Cooper. In both, Alice Cooper himself is featured chained up in a bizarre situation, while a ghostly woman leans over him.

The 'ghostly woman' is actress/model Rana Kennedy and in the first video she is wearing nothing more than a black thong. This led to the video being banned from public performances during hours when children might be able to view it.

The video was therefore revised to include Rana Kennedy covering up by wearing a corset.