Bajofondo, formerly called Bajofondo tango club, is an eight member band (seven musicians and a VJ) of South American origin. At first they were not a band at all, but a studio project created by the Argentine producer and musician Gustavo Santaolalla together with producer Juan Campodónico. The idea of the project was to generate contemporary music of the Rio de la Plata. So they brought together a group of Argentine and Uruguayan musicians and singers that in 2002 released the album “Bajofondo tango club”. This album, along with “La revancha del tango” of Gotan project, led the way in what had been known as “Electronica Tango” or “electro tango” a fusion between acoustic tango and electronic music. As time passed and performances and releases multiplied the group evolved to become a true band “Bajofondo” or as they prefer to be referred: “a collective of composers, singers and artists.”

At present they have released four albums. All of them through Vibra a division of Surco dedicated to launch electronic music with Latin American roots:

Bajofondo tango club (2002): the most impressive and successful album at present. It shows all the creative possibilities in the reinterpretation of tango. A must for anyone interested in the evolution of contemporary tango. It won a Latin Grammy as "Best Instrumental Pop Album" and sold more than 300000 copies.

Supervielle (2004): in spite of featuring only compositions of keyboardist Luciano Supervielle, this album is clearly a continuation of the project. In it we find the same successful attempt to fuse traditional tango and electronic music. Besides the CD is obviously a collaborative work, with a number of guest artists in addition to the members of the project themselves. It won in Argentina a Premio Gardel as the "Best Electronic Music Album.” 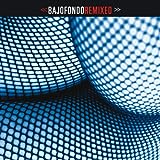 Bajofondo tango club remixed (2006): with remixes of the previous two albums. It is, without doubt, a commercial release with more electronic than tango to try to catch something of the success of the previous ones. Perhaps it is worthwhile only for fans. Be aware that the first ones were just great for dancing.

Mar dulce (Fresh Sea) (2007): Mar dulce refers to the original name of Rio de la Plata. The title sums up the concept behind the project: to make Argentine and Uruguayan contemporary music. In this Album the members of the collective make an effort not to repeat themselves broadening their style. Not only tango is present, but also rock, rap, hip hop, and Uruguayan milonga are present too. In the quest to reach more public, the group has invited a number of international musician and singers including: Canadian singer, but with Portuguese origin Nelly Furtado, British singer Elvis Costello, Spanish rapper Mala Rodriguez, and the Japanese bandoneonist Ryota Komatsu.

Members of the group:

Join HubPages and start making money with your writings. Click here to join!