I kind of debated about doing a review of the latest release by the newly reformed spectacle that is KISS! You want to let people know that they should hear, and experience KISS if they are not familiar with one of the biggest rock bands in music history. But, how do you do it a way that doesn't upset their hardcore fans, while attempting to open the door for thousand of new ones? By giving them the best review you possibly can!

Some hardcore fans are saying that KISS is no longer KISS without drummer Peter Criss and Ace Frehley. Well, if they are at all familiar with the band, they would know that Eric Singer, the bands current drummer, is a Kiss veteran, and has performed with the band for many years. Eric's time with the band include several albums, including: KISS ALIVE 3, KISS: Smashes, Thrashes and Hits, and KISS: MTV unplugged. You can also see Eric Perform with KISS in the DVD. KISSOLOGY Volume 3 1992-2000. I'm sure there is probably a lot that I missed, But, I have everything I mentioned in my KISS Collection. So I know.

As for Tommy Thayer (Lead Guitar), I really don't know that much about him. However, all you have to do is watch, or listen to the recent KISS SYMPHONY, (KISS ALIVE 4) And, you will see why he is a member of this legendary rock band. IT is because he fits in Flawlessly. I can not say that he will ever be as well admired as ACE FREHLEY, But, I can tell you that is not only as good as ACE, but, might be even better. But, that is just my opinion.

But, every major KISS fan knows, that it is not just the albums and the merchandise, that made KISS one of the biggest legends in music history. It is their incredible live shows that make them more memorable than any other band. I have seen a lot of rock bands, and none of them have left me as blown away as KISS. Probably one of the reasons why I have went back to see them again and again. KISS: The Reunion Tour, KISS: The Psycho Circus tour, and the Amazing. KISS: The Farewell Tour! Nobody puts on a show like KISS!

My review of KISS: SONIC BOOM

This is probably the best music deal your will ever find! Sonic Boom is currently only available at Walmart stores. It is a great deal because it is a multiple set. Sonic Boom features Kiss newest music to date, which I will review in a moment. It also includes a 15 track CD of Kiss Klassics, and a bonus live concert DVD from Buenos Aires. All of this for only $13.00!

KISS is going all out with promotion of this release including a large assortment of KISS merchandise. My favorite has to be the Mr. Potato head Kiss figures. There also throw towels, t-shirts, boxer shorts, KISS m&m's, collectible cards, and the list of new merchandise continues to grow every day. KISS also has gone as far as showing up at a Walmart store, throwing on Walmart name tags, and making a funny promotional Video of them working in the store! Including Gene Simmons as a cashier! Hilarious!

One thing KISS has always done is give 100 percent of their attention to their projects, and I think Sonic Boom has received 200 percent. Wether it is putting a huge amount of effort into their promotions, or slaying audiences with the incredible live shows. KISS will go out of their way to make sure that their fans are getting what they pay for. And Sonic Boom delivers!

I think KISS is trying to re-invent itself with the SONIC BOOM cd. This is their newest album since Psycho Circus. But, unlike Psycho Circus, Sonic Boom dares to be different, where as Psycho seemed like a something for everyone CD. If it wasn't for the awesome 3D live shows that followed the Psycho Circus album, I don't think it would have went over well.

Like my other reviews I am going to list the songs on the CD from the ones I like best down to the ones that are just ok. keep in mind, that the new releases are only part of the set. Like I said, it's a great deal, with some really good new music on it, and a lot of great classics. Let's get started...With SONIC BOOM!

This song sounds like it could be the evil sibling of the "God Of Thunder." It's loud, and is probably the only song on the album that truly sounds like KISS

This song also has that old KISS vibe. It is a little edgier, more like 80's KISS. Something you might hear off the "Crazy Nights" Album. Only better.

Once again, this sounds very much like Classic Kiss

This has a great beat, and makes you want to Dance.

For some reason, this song reminds me of Something made for Ace Frehley. It reminds me of "Into The Void." from the Psycho Circus album. But this is better.

This sounds more like 80's KISS. But, a little more daring.

This song is one of those sold out arena songs, where you will be expected to Shout it out loud! It has that crowd feel to it. However, it doesn't have the energy of most KISS crowd pleasers like "Lick IT Up." "I love it loud." or "Rock and Roll All Nite."

This song probably most represents the reformed KISS. because it just is so different than most KISS tunes. It is true to some classics, while mixing in more modern lyrics and music.

This is one of those feel good songs. Kind of sappy with tired lyrics. but, it does have a nice group vocal midway through the song. Kind of like "I just Wanna." but nowhere near as fun.

This song just seems a bit winded. Almost like their soul isn't really with it, with way to much focus on flaring guitars, and loudness. While you kind of lose interest.

This song certainly has a great chorus. However, it's kind of like getting yelled at by your parents, a whole lot of wandering lyrics, like a conversation you can't follow with someone singing the chorus in between rants.

What is included with SONIC BOOM? Well, if you include the newly released album, you get a bonus CD of KISS KLASSICS, and, A bonus DVD of live footage from a Concert featuring the newly reformed KISS Live from Buenos Aires. You do the math. With it's $13.00 price tag, that equals about $4.33 per item. When single CD's by various artists are selling for $13.99 and up, this is truly the best deal ever!

I was kind of hoping that the Klassics would be re-recorded by the new KISS, however, it is basically a collection of KISS tunes that you would find on Double Platinum, or many of the other KISS collections. With that said. Here is the track list on the KISS KLASSICS CD

3. Shout It Out Loud

7. I Was Made For Loving you

As a side note. I am not sure that all of the Klassics are the original or studio versions. I could be wrong, but I think "I Was Made For Loving You." may be either a studio track or, could be a radio version. Also, "Rock And Roll All Night." Seems to be a shorter version. I would have to listen to all of my vintage KISS Cds to be sure.

AS for the Bonus Live DVD. I need to warn you that you may find it a bit strange. KISS puts on their usual Stage performance, and sounds great. But, the audience they are playing for, is probably the most irritating mass of people you will ever see! Hands down!

Why Kiss chose the audience to add to their SONIC BOOM set is beyond me. It's like they are having a party of their own, and KISS just happens to be there. They Chant, they jump up and down, they scream and yell, between songs! What irritates me most, is you can't understand a damn word they are saying. I think choosing an English speaking audience would have been a more wise choice, especially when you are only marketing your album at an American retailer.

There are only a few songs performed on the Bonus DVD. But if you include the entire set, I give SONIC BOOM a 10. If I were to rate each separately. It would probably be 8, 8, 7. Which would average out to around an 8. But, I always like to be fair. And the 10 could be a little selfishness on my part, because I think KISS is AWESOME!

You have to see this! From Kiss Symphony 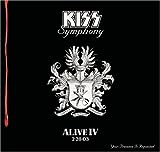 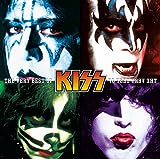 Next Review: KISS: Live! The DVDs

Motley Crue Insanity! Had to Add it!

I didn't really know who Motley Crue was until their Dr. Feelgood Album came out back in the 1980s. But, I had heard that they put on some pretty wild shows. So, I looked the "Carnival" up on Netflix, and was able to watch the entire concert for free, with my Netflix free play membership. It is one crazy show.

I was surprised to learn that the entire concert is recorded live in my hometown at the Van Andel Arena in Grand Rapids, Michigan. I have seen a lot of concerts there, including Poison, Cinderella, Kiss, Aerosmith, ZZ top, and Van Halen, but, I think this has to be the most wild of the bunch, bordering on a little pornographic with 10 mintues of Titty cam. Yuk!

Girls! Girls! Girls! is obviously one of the best bits of the Motley Crue Carnival. But, there are also some great versions of Dr. Feelgood, Same Old Situation, Live Wire, Too young to fall in love, and one of their biggest hits. Home Sweet Home, had the stadium lit up and looking beautiful. A few more of their hits like, looks that kill, Shout at the Devil, and Kickstart my heart also wowed the Grand Rapids crowds. But, I think Tommy Lees multiple drumsets must have wowed me the most. Who else can fly on a wire from drum set to drumset, stand among fire and explosions and still play. Just more of the Motley Crue Insanity.

I still think that KISS has the edge over Motley Crue for putting on a great show. But, The Carnival seemed to take on a life of it's own, and was even a little creepy at times. But, I guess if you want to knock the socks off your audience hit them with everthing you got. And, the Motley Crue Carnival does that very nicely.

Do you want only the best?