It might be better to preface the title of this music album as Saiyuki Reload Opening Theme Song Wild Rock Single by Buzzlip but it would have made the title above too long and so it had to be shortened. This particular music album would be more commonly known as simply Wild Rock Single by Buzzlip anyway. The song "Wild Rock" from this music album is actually the opening theme from the anime Saiyuki Reload. 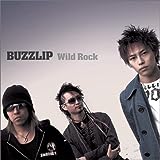 There is not much information that could be found about this music album and this might be because of its pretty common title.

Many other things could be associated with "wild" and "rock". Furthermore, it's also possible that the album may have been mistakenly labeled or categorized.

Also, this single may actually not be all that well-known. The only reason you might have heard of this album by Buzzlip was because of hearing the song "Wild Rock" in Saiyuki Reload.

As you read through this hub, you will notice that it makes a lot of references to the anime Saiyuki Reload.

The reason for this is because of the song "Wild Rock's" appearance in said anime series. If you want to find more information about Saiyuki Reload, then you can look at this. You will also note that this hub mentions the 4 main characters of the Saiyuki series as well as the Saiyuki series in general. If you are interested in finding out more about the aforementioned topics, then you can just look at this.

The above link will lead you to a hub, which contains an overview and summary of all the anime in the Saiyuki series. It will also give you some information about the Sanzo-ikkou (the 4 main characters of the Saiyuki series). Don't worry about having to wade through the hub because there is a table of contents for your convenience.

This music album contains 5 tracks. But only 4 are songs. The last track is merely an instrumental version of one of the songs from this album.

All the songs in this album were sung by Buzzlip.

This track list was obtained from Amazon Japan and, as you can see, all the titles are in English. This doesn't really make it any easier to search for any information about these songs and this album though and part of the reason may be precisely because of the rather common English words.

As mentioned above, this song appears as the opening theme of the anime Saiyuki Reload.

This song is really very fast-paced and upbeat. The tune is lively.

Buzzlip sings the lyrics in a very fast way.

The song has a rock and roll vibe to it and it even has a rap feel to it.

Whose fault is this state of chaos?

There are a number of words that are sung in English, including the title.

Here are some other words that are sung in English: 'midnight mission,' 'rock and roll,' 'crazy highway' and 'jump it up'.

The translated lyrics of this song isn't exactly deep or meaningful.

It sounds kind of funky actually. It has a lot of fun vibes to it.

Here are some lines and phrases from the translated lyrics: 'appearing to accompany I wonder, finished with time, beginning to forget, what?', 'a crazy high way of disarmament', 'a power struggle, rise and fall', 'a vainglorious midnight mission'.

Saiyuki Reload - Volume 1
Wild Rock by Buzzlip is the first opening theme of Saiyuki Reload, so you can hear the TV size version of this song if you watch episodes from this anime series. The DVD cover features the monk Genjo Sanzo, one of the 4 main characters of the Saiyuki series. He's the leader of the Sanzo-ikkou.
Buy Now

With the fun lyrics and the lively song, it does seem to be referencing the Sanzo-ikkou although not entirely so.

While the Sanzo-ikkou have their sad tragic pasts and the Saiyuki series has its serious and poignant moments, the series also has a lot of humorous and very fun and amusing moments.

A very good example for that is the Sanzo-ikkou's usual daily interaction that never seems to get old.

Gojyo and Goku would start arguing over the littlest of things and they'd shout and call each other names.

Sanzo would get irritated and annoyed at the two, which would soon prompt him to hit them with his harisen (paper fan) and then yell "Urusai! Damare! (shut up)".

Hakkai would just smile in his usual cheery way and say "what a peaceful day it is" even as his three friends are loudly arguing in the background.

Only those who are waking up, surviving the times

What do you think of the song "Wild Rock" by Buzzlip?

This song isn't really part of the Saiyuki series. It's just a song by Buzzlip that's included in this album.

But this can actually be one reason why information on this song is so scarce.

Another reason might be because of its English title, which can pertain to many things and which can be confused with the words "walk away".

The tone of this song is actually very much in stark contrast to the tone of the song "Wild Rock".

This song has a soft, warm beat to it and it really sounds wonderful. It's not loud or too upbeat.

There's even a bit of a serious tone to it but it's still rather catchy.

Thank you for loving me

Just like with the song "Walkaway" by Buzzlip, this song is also not part of the music of the Saiyuki series. This song is just part of this music album.

No sample video could be found for this song. But the Japanese lyrics have been found from petitlyrics.com. Of course, these lyrics are comprised of Japanese characters.

However, there are English words to this song as can be seen alongside all the Japanese characters comprising the lyrics of this song from petitlyrics.com.

From the English lyrics, the song seems to be a very lively and upbeat song. Perhaps it's something like "Wild Rock" with the fun and rather fast tone to it.

Part of the reason that makes it difficult to find any information on this song might be because of its common English title. There is even an English song with the same title by Jessie J, which certainly isn't helping you if you're trying to find information on the song by Buzzlip.

Where is the sunshine? 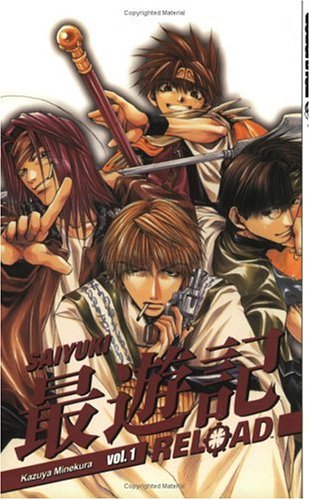 This is the same song as song number 1 "Wild Rock" by Buzzlip, only this is the hi floor remix version.

This song sounds rather odd actually.

The beat is very fast and this includes the tune of the song and the singing of the lyrics itself.

The pacing and even the instrumental music is also very fast.

Try listening to the song and see if you can catch all the words being said.

The ones I could clearly hear were the English words like 'jump it up', 'wild rock', and 'midnight mission', among other things.

What do you think of Saiyuki Reload Opening Theme Song Wild Rock Single by Buzzlip?

Saiyuki Reload Opening Theme Song Wild Rock Single by Buzzlip is a good album to have especially if you're a fan of the Saiyuki series and / or of Buzzlip. If you're not much into the loud kinds of music, then you might not like the song "Wild Rock" much.

But if you're a Saiyuki fan, you might get this album anyway especially if you're collecting the albums from the series. Besides, the song "Walkaway" may more than make up for this because it's nothing like the loud tune of "Wild Rock".

If you want to know more about other Saiyuki music albums, check these out: