Detroit or Chicago Rock Groups - Who Is Better?

I've been exposed to a lot of different styles of music and one thing I realized is that location or region often spawns a certain 'sound'. Take the 'San Francisco Sound' or 'Philly Sound' for example.

When I think of the Detroit sound, I imagine fast, hard and gritty rock. Sometimes over the edge and uncontrolled. When I think of Chicago rock I think of great pop songs, horns, and well played instrumentals.

A large chunk of my personal record collection is the Chicago-Detroit sound. Well, Chicago has its own blues-jazz-soul collection going way back and Detroit has its own blues and folk. But, let's compare apples with apples. Rock is a broad sweeping category and so we'll cover rock in both cities.

Before I start naming names I want to put a restriction on this competition. Groups that hail from Chicago or Detroit only include those whose majority of members came from there or within the metropolitan areas (suburbs). Flint Michigan is not Detroit and so Grand Funk is disqualified and Michael Jackson is from Gary, Indiana and Gary is not Chicago so he is disqualified.

So from the top of my head I will list some great Detroit bands (or those considered great by others).

And here are some Chicago bands:

Wow, how do you decide?

Well on one hand I would have to say that Detroit has better guitarists than the Chicago Bands overall. Yet it seems Chicago has the better, more versatile singers.Weel, what about excitement? We can pin Mitch Ryder's "Sock It To Me Baby" against Ides of March "Vehicle".

Well, pretty even here. Those 2 songs are great to get up in the morning with. Overall, though, I would say Detroit rocks a smidge more than Chicago and for this round the winner is Detroit.

It was close and if anyone knows any band or rock performer who could tip the scales in the event let me know. I know I must have forgotten somebody.

I'm looking back and obviously Detroit has the edge in excitement, in yesteryears. For me, except for perhaps Mitch Ryder and Jim McCarty (and whatever band he is currently in), what's left of Detroit sounds old and tired. Now Grand Funk (and Mark Farner) sound pretty good after all these years but they are NOT Detroit. They are Flint Michigan and I consider them farmboys. Suzi Quatro wavers between exciting and "I'm gettin' old mama". Yet, I shouldn't even count her as Detroit as she has been a British pop sensation and she lives in England.

On the flip side of the coin you have Chicago, the city and the band. They've gotten tired at times but these guys continue to rejuvenate. They are like a wine that improves with age. Bill Champlin, whom I believe has voice problems when he sings for Chicago has gotten better and even outshines Rod Stewart. Bill has since left the band. Robert Lamm has the voice to die for. As smooth as Steve Lawrence, he continues to develop a vocal that is in the Sinatra/Martin/Davis Jr. class. Chicago was a band who stunk live back in the 70's. Today they are the best sounding live performer around.

In that category, with even more excitement is the Ides of March, the 'poor man's' Chicago. Behind the tutelage of ex-Survivor grammy award winning songwriter Jim Peterik this band will pump you up. When you see them live it's like geting a double dose of vitamin B.

Did I forget to mention Styx? Even without Dennis Deyoung (who is doing great as a solo artist), Styx is even more exciting and unpredictable than ever before. Tommy Shaw has taken the band to new levels.

So what's the verdict you ask? Chicago vs Detroit? Right now it's Chicago. 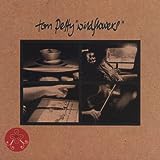 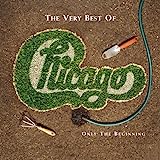 If You Leave Me Now
Buy Now