Who Is The Greatest?

Many Others Have Surpassed His Abilities

One of my daughters pointed out an old (2003) listed of 100 Greatest Guitarists Of All Time posted by Rolling Stone Magazine. I haven't read Rolling Stone since Dr. Hook was on its cover. In any event, I was about to throw up with their list. Readers comments seemed to show more knowledge of what is great and what is not.

Obviously, Rolling Stone's list was to generate traffic and controversy. Its list is also flawed because were they considering ALL guitarists of ALL forms of music or just rock and blues? It seems they toss in the old guys like Hubert Sumlin with 'new' guys like the wretched Curt Cobain just to stir controversy. The old blues guys, and I wouldn't include Buddy Guy in this category, deserve their own list because many of them were more quality players, albeit blues, than some of the nonsense players they put on there.

What I did was strip the old guys, or pure blues guys from that list. I also took Chuck Berry and Bo Diddly off as they deserve their own category. Stephen Stills? Joni Mitchell? What were they thinking? So I put my foot down and I created my own 50 Greatest Rock Guitarists Of All Time So Far list.

My only reason for choosing these guys (no girls here, how come?) was not that they were a great influence or they did this or that, or they sold this many records, whatever. My only reason is because I like their playing than most -- that's it. Nothing in depth.

Rolling Stone and the mass media always portrays Jimi Hendrix as the number one guitarist. Why? Because he was an innovator? Maybe. Because he's dead? Most likely. Because that's what everybody wants to hear? Yeah. Well, sorry. Hendrix I like, but he's not number one. He's number 50 and he better get used to it.

50 Greatest Rock Guitarists Of All Time So Far

Wow! I have watched several videos of Richie Blackmore live either with Deep Purple or Rainbow. I have never been so disappointed in my life. On record, the guy sounds great, but live he sounds like a guy who has no rhythm or talent. I'm gonna have to move him off my list of 50 of the greatest guitarists and move everybody else up one notch. Now I have only 49 until I re-review my list. Sorry folks! 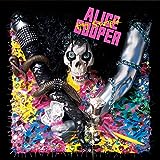 He Plays Outside The Box - Mick Box 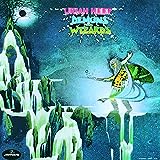