Deepwater Horizon follows the true story of the explosion of the oil rig and the problems which led up to that point. The disaster caused the deaths of 11 people and also caused one of the biggest oil spills in history. How did the movie itself hold up? Trust me, it perfectly held its own.

Mark Wahlberg led an awesome cast which included such stars as Kurt Russell, John Malkovich, Dylan O'Brien, and Kate Hudson. Everyone pulled their own weight and really dug deep in order to give the best performances they could. Director Peter Berg (who previously worked with Wahlberg in Lone Survivor), did an excellent job making sure every incident, every death, every moment, and every prop looked as realistic as possible. Matthew Carnahan and Matthew Sand wrote one amazing screenplay, divulging the information necessary so we as an audience would understand just what happened, even if you don't remember the actual incident reports. It was an especially nice touch for Berg to include actual footage and updates of the survivors during the credits.

Could the explosion have been prevented? Yes, it could have. During the court proceedings, which weren't in the film, it was discovered that there were several issues with regulations and disregard for safety measures by the higher-ups. There were mistakes made in the heat of the moment as well, which is shown in the film. Here is the website detailing all the issues if you wish to know more: https://www.wsws.org/en/articles/2010/05/spil-m14.html.

In conclusion, the film dealt closely with the events, the trauma, and the effects it had on the survivors. I give this film a 4 out of 4 with a high recommendation to see it in theaters. It's emotional, intense, and full of heart-wrenching moments that will make even the toughest people shed tears. 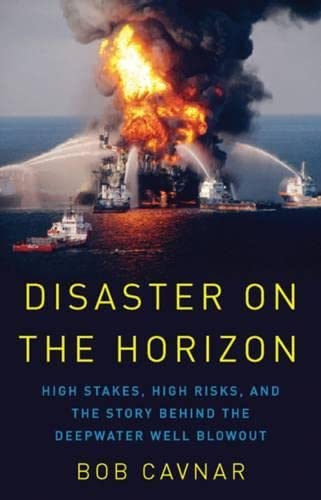 Disaster on the Horizon: High Stakes, High Risks, and the Story Behind the Deepwater Well Blowout
Buy Now