Doctor Who - The Fourth Doctor

The Long and Well-Loved Decade of the Fourth Doctor

When Tom Baker took up the mantle of portraying the still immensely popular and influential Doctor in December 1974, no one knew this Fourth Doctor would wind up in the role for longer than any other actor, and possibly become the iconic incarnation of the Doctor Who character, worldwide. Taking over from the Third Doctor, Jon Pertwee, Between then and his subsequent departure in 1981, Tom Baker transformed the role into one of the most influential rationalists in media through much of the 1970s.

All of this and, on such a tiny budget!

Tom Baker was the genuine article, one might say - the archetypal Doctor Who. His portrayal has been considered by a majority of fans to be the standard by which the others are judged against. However, Tom Baker wasn't a science fiction fan to start out with. Nor was he even much of an actor before landing the role that has gone on to define his career.

A former drop-out, monk and medic, he took up acting as a hobby in the 1950s when he did his national service. At 40, he was the youngest actor to date to play the role. Baker began acting professionally in 1968 and quickly became a regular BBC player. He attracted the attention of producers after playing Rasputin in “Nicholas and Alexandra” as well as Prince Koura in “The Voyage of Sinbad.”

He played the Doctor in a mammoth total of 173 episodes until 1981 when he retired from the role, stating that the didn't have much more to add to the character. Other sources cite a disagreement with the style of the new producer, John Nathan-Turner. 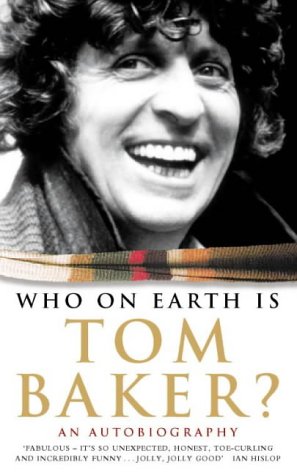 Who on Earth Is Tom Baker?
Buy Now

How did Tom Baker play the Fourth Doctor?

He borrowed heavily upon Patrick Troughton's Second Doctor in his comic portrayal, often acting the fool, but also showing the temper and occasional anger seen from John Pertwee's Third Doctor.

Clever as always, the character continued to use his wits to escape the difficult situations he always seemed to land in, now that he had full control of the TARDIS back (or as much control as he is ever able to manage). The Fourth Doctor is particularly prone to long moments of thinking that no one can interrupt.

His mop of curly hair was extremely distinctive, and this Doctor had a maniacal streak that was new. His toothy grin was usefully disarming on many occasions. Though not prone to making speeches, he was the master of a single stingingly sarcastic line, as were his predecessors. Perhaps not as much as being a great actor, he is remembered fondly by fans for being his own iconoclastic self.

Tom Baker has gone on to remain a busy actor in television and recording. He even penned his autobiography, “Who on Earth is Tom Baker?” in 1997 and made a few Australian commercials. Like other Dr. Who actors, he has also appeared as himself on several BBC productions made for DVD.

Baker's career took a turn for good in the early 2000s, when he began narrating a massively popular comedy show (first on BBC radio) called “Little Britain,” that has proven very popular – after three seasons on the BBC, a US version has been shot and shown both there (on HBO) and in the UK since 2008. His voice remains an integral backdrop to the UK show.

The Fourth Doctor and Sarah Jane

Who were the Fourth Doctor’s assistants?

After a a season travelling with the Third Doctor, Sarah Jane Smith was with him as he regenerated into the Fourth Doctor in the serial, “Robot.” She remained with him as a companion for eight additional serials until being rather unceremoniously dropped off (in the wrong part of town) at the end of “The Hand of Fear” because Aliens are, for the most part, not allowed on Galifrey (though the Doctor had a bit more pull after his stint as President). The UNIT Doctor, Harry Sullivan, travelled with Sara Jane and the Doctor for several serials after remaining behind after the “Terror of the Zygons.”

After a solo adventure on his home world, the Fourth Doctor met the curious, scantily clad and deadly Leela, played by Louise Jamison, in “The Face of Evil.” Initially clad in the skins of the Sevateen tribe of warriors, the Doctor continues to call her a savage, even as she quickly absorbs knowledge of the wider Universe. She finds a kindred spirit in a security officer on Galifrey who appreciates her talents, and she settles down there with him at the end of “The Invasion of Time.”

The Fourth Doctor and Romana

The White Guardian entreats the Doctor to retrieve the 6 segments of the Key to Time, and pairs him with Romanadvoratrelundar, a young Time Lady in her mid-90s, to retrieve it. Henceforth, she is known as Romana (played by Mary Tamm), even regenerating into a Second Romana (played by Lalla Ward) once the key is collected at the end of the sixteenth season. She and the doctor seem to share more of a relationship of equals when she gets less uptight in her second life. But Romana II remains in e-space when the Doctor leaves at the end of “Warriors Gate” and what has become known as the E-space Trilogy.

Before they leave e-space, the Fourth Doctor and the Second Romana are joined by an young e-space native and “elite” from Alzarius with a badge for excellence in mathematics, after he stows aboard in “Full Circle.” Shortly after Romana leaves, another technologically adept young woman named Nyssa joins the crew after the Master steals her father's body in the serial “The Keeper of Trakken.”

The very last companion to join the TARDIS crew is Teagan/Tegan who is picked up from Earth trying to get to her very first day of work as a Stewardess at Heathrow Airport.

Inherited from a medical doctor who built him in “The Invisible Enemy,” the robotic dog K-9, remained in the company of the Doctor until he was sent off Leela to remain on Galifrey. After creating K-9 MK-II in the next serial, that model is left with the Second Romana when she remains in e-space. He is loyal, clever and armed, with limited mobility and darling satellite dish ears.

What was the most recognisable trademark of the Fourth Doctor?

He was the first (and possibly only) Doctor who inspired a fashion trend!

His trademark was a ridiculously long, striped scarf – rumoured to be twenty feet long before being trimmed for subsequent seasons. The Fourth Doctor dressed in sweeping, long coats, a peasant shirt, floppy hat and boots.

Much more so than the Doctors before him, the Fourth Doctor made very regular use of his sonic screwdriver, with even his more astute companions making further modifications. Also, he always carried Jelly Babies and offered them to newcomers in tense situations.

The Fourth Doctor faced an impressive array of aliens during his tenure. Some were warrior races that couldn't be dealt with, such as the Sontarans, Cybermen, Zygons, Kraal, Daleks, Vardans, Jaggoroth, and the nomadic Nimon.

Among the insane megalomaniacs and mad scientists that the Doctor encountered was what remained of the Master, Davros, the crew of the Helix, Cailleach, Meglos, The Captain, Sutekh, Eldrad and Xoanon. Other villains were simply greedy people and difficult problems with misunderstandings.

The Fourth Doctor and K9

The Fourth Doctor makes more use of the sonic screwdriver than any of his predecessors, as does the Second Romana. He did, however, utilize a randomiser control in the TARDIS for some time after their encounter with the Black Guardian, to avoid meeting him again, though this element was pioneered by the First Doctor when trying to avoid time travelling Daleks in “The Chase.”

It could be said that K-9 falls into the technology category, though most consider him one of the Doctor's most memorable companions.

When Tom Baker left in 1981, the only 29-year-old Peter Davison took on the role. Davidson the Fifth Doctor is seen in the Fourth Doctor's last serial, “Logopolis,” attempting to communicate with his former self. However, this regeneration was brought about by a fatal blow from the Master, causing the subsequent regeneration to be difficult, as outlined in the first serial of the nineteenth series, “Castrovalva.”

For all the info on this era...

Filmography of the Fourth Doctor 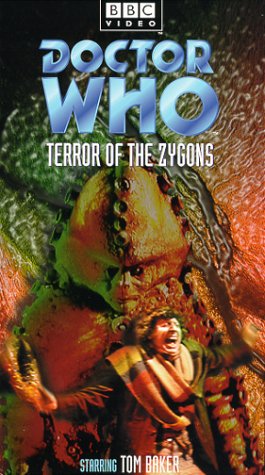 Doctor Who - Terror of the Zygons [VHS]
Buy Now

Doctor Who - The Masque of Mandragora [VHS]
Buy Now

Doctor Who: Destiny of the Daleks (Story 104)
Buy Now