Jennifer is a writer, editor, feminist, and Potterhead. She also loves her cat and studying cat behavior.

Based on André Brink's emotionally-charged novel, A Dry White Season takes place during Apartheid in South Africa. In 1976, primary and secondary students in Soweto formed a peaceful protest, where the police then opened fire on them. Newspapers said 23 had been killed, though there were reports saying there were nearly 600 killed and 1400 injured.

One of the film's first scenes demonstrates how the government reacted to the peaceful protests and demonstrations.

A Map of South Africa 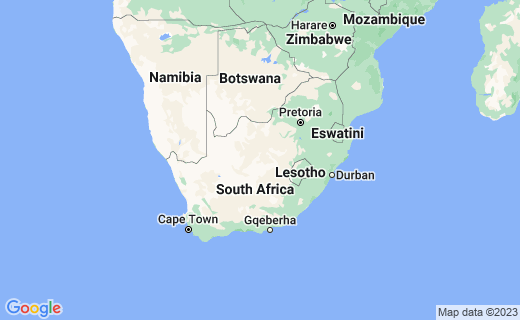 Ben du toit, played by Donald Sutherland, is a schoolteacher born and raised in South Africa. He believes himself to be a fair and honest man. More than that, he believes in the government and that the justice system is actually just.

This belief is harshly torn.

Ben is friends with the school gardener Gordon Ngubene, played by Winston Ntshona (though for some reason IMDB calls him Ben's gardener). Ben hears that Gordon's son Jonathan also attended the school demonstration. When Jonathan returns, it is after having been brutally beaten by the police. At first, Ben is convinced that Jonathan must have done something wrong and that the police wouldn't have doled out punishment with reason.

Then Jonathan goes missing. Both Ben and Gordon go to the police and to the hospitals to see if they can find Jonathan, but with no luck. This is where Ben finds out there were many more casualties than publicized, all children. He is now sure that the police are keeping information from him (and the rest of the public) on purpose.

Unwilling to give up on his friend, Ben delves deeper, his eyes now open to the cruel reality of the system South Africa called justice. He eventually finds out the truth about Jonathan, which is that the boy was murdered to satisfy the sadistic urges of Captain Stolz, a "special branch" policeman, as played by Jurgen Prochnow.

Ever a good villain, Prochnow portrays a man with no conscience. Stolz is in a position of great privilege, and he knows who to schmooze to keep in the good graces of the higher ups. Unfortunately, this keeps him safe from conviction in the future.

Ben du Toit hires Ian McKenzie, a witty lawyer played by Marlon Brando. Brando brings McKenzie's character to life in the courtroom particularly. Even though it is apparent that Captain Stolz will not be found guilty because of his status as a policeman, McKenzie brings awareness to those present in the courtroom of Stolz's role in the torture of innocent men, black or not.

He mocks Stolz's methods and the men who do his bidding, and he basically shows the crowd just how cruel the policeman's methods are. This is especially apparent when Archibald Mubaso (Ernest Ndhlovu), a prisoner, is brought to the stand. He is supposed to attest to another prisoner's welfare but in a quick movement, removes his shirt and shows his scarred back, thick with the presence of past beatings, to the appalled courtroom guests.

Stolz walking away free seems to be the last straw on the proverbial camel's back. Ben du Toit goes to new heights in his rebellion after the courtroom incident. He gathers as much information as he can and visits black neighborhoods. Evidence of torture and cruelty against anyone speaking out about Apartheid is evident wherever Ben visits.

With his ever-growing awareness and involvement in the movement, Ben finds himself alienated from his wife Susan (Janet Suzman), and then his daughter. Susan Sarandon's role as Melanie Bruwer, a journalist trying to document the truth herself and spread it outside South Africa, is Ben's only solace apart from his son Johan, who used to play with Gordon's son Jonathan.

Do you think racism is still an issue in the U.S.?

Through Ben's struggle to find the truth--both about the South African justice system and about the privileges he has taken for granted--and his compassion to his friends, A Dry White Season shows the horrors blacks faced. Those who supported them, white and black alike, were persecuted and often murdered. The ending to this film is both sad and yet filled with hope because it shows the beginning of the end of Apartheid.

Apartheid is over today. Unfortunately, there is still racism everywhere, and it will take the entire world's effort and compassion for humanity to continue to overcome these point of views. This is a moving film that will open eyes and educate anyone who knows little about Apartheid or South Africa in the 1970's.

Other Film Reviews by Meisjunk