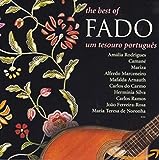 In the eighteenth century, it was created in Brazil a crossroads of three continents. The result came in the form of new cultural events, that part of Europe, Africa and America. The African component was carried by black slaves. This mixed up traces of Amerindian cultures pre-existing in Brazil. The European culture of the colonizer, in turn, contributed to the rural traditions and with the Portuguese Baroque. Moreover the resulting exchange of contacts that connected port on India, Asia and Africa. All this resulted in expressions such as chanson and lundum.

At the beginning of the nineteenth century, the Portuguese court took refuge in Brazil following the French invasion. The fado began to incorporate influences of Brazilian rhythms in intercommunication with poetry born in the popular neighborhoods of Lisbon. It was also at this time that the guitar, 12 strings, introduced by the British colony resident in the city of Porto, has accompanied the fado. The relationship between the voice and the instrument became a direct, with the vocal style to become very expressive and balance the shortcomings of the popular vocabulary.

In the twentieth century, the fado made his debut in musical theater and radio.

The Fado of taverns resisted the lights of the room. But regulation came in 1927 which required the possession of professional portfolio to sing in public. Later, the fado is projected internationally as the national song. The fado gained space in literature, in film and record industry, acquiring a new dimension. But as musical expression remained deeply related to other cultural events in port cities, which expresses a very old cultural exchanges. This gives a lot emphasis in the era of globalization.

The fado is not just a song with the guitar. It is the very soul of the Portuguese people. Listening to the words of each lot can feel the presence of the sea, the lives of sailors and fishermen, the lanes and alleys of Lisbon, the farewells, the sorrow and nostalgia. A great companion of fado is the Portuguese guitar. Together, fado and guitar, are the essence of a story connected to the sea.

The fado, because of all the Portuguese, is in the tavern and the aristocratic salon. Arisen in the first half of last century, quickly became the popular song of Lisbon. Since then, kept the characteristics of their expression of feelings associated with the inevitability of fate. The fado is marked by Phat of the tragedies of classical Greece.

The flagship song of Lisbon is also inseparable from its most typical neighborhoods. Alfama, Moura, Madragoa and Bairro Alto are more authentic their cradles. For this reason, listen to the Lisbon fado is known. We also know the Irish are in the deepest of your soul to people who faced the unknown sea.

And, as a national song, the fado is also marked by the pull of the Bohemian aristocracy felt the streets and alleys of Lisbon, the taverns and the women. The fado was shared by aristocratic by loafer and sailors. On return to room aristocrat, brought the luck to be accompanied on the piano.

You can read this hub about Amália The Queen of Fado