“Gamelan” is an Indonesian word for “ensemble” or “orchestra”. Usually the term Gamelan is used in relation to percussion-based musical ensembles in Bali, Java, and other Indonesian islands. A gamelan typically consists of a variety of different instruments: xylophones, metallophones, drums, and gongs. All of the instruments in any particular gamelan are built and tuned for each other. They are meant to work together in perfect union. The gamelan was influenced by the Hindu-Buddhist culture and the current gamelan instruments were created in the Majapahit Empire. There are many different forms of gamelan varying by geographic location. The main division in styles is between the Javanese, Balinese, and Sundanese peoples. The major type of Sundanese gamelan is called Gamelan Degung. Balinese gamelan, on the other hand, is most often thought of as Gamelan gong Kebyar because of its continuous fast changing tempo. Kebyar literally means “to flare up like a match”. Another popular Balinese style is Kecak, which is basically a gamelan of voices. Javanese gamelan was mostly controlled by the courts and the upper class. It is known to have a slower, more meditative type of rhythm. Beleganjur gamelan, a Balinese style, is even played during Hindu-Balinese cremation processions. In Bali the act of cremation is considered the first step towards the freeing of the soul, which they call “atma”. The procession involves all of the members of the deceased person’s “banjar”. “Banjar” usually means “villiage ward”, but it makes more sense to call it a neighborhood assembly. The “Banjar” is behind the planning of the social and religious activities in the community. Gamelan is best described as “unique, tropical sounds of shimmering compositions and dynamic flurries of percussion performed on the exotic bronze instruments of the Balinese gamelan.” (1). It is commonly played at events called “puppet plays”. In Indonesia “puppet plays” are known as “wayang kulit”. Kulit stands for skin, and is describing the leather puppets that are carefully crafted with special tools. The lower pitched instruments, such as the gongs, play at a slower pace while the higher-pitched instruments play at a quicker pace. This creates a unique sound. During these puppet plays, the instruments are played with a softer mallet to ensure that the story-teller can be heard by the audience. 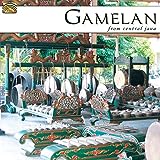