Religion - The Understanding of the World through Religious Myth and Structure

Religion has been a part of most societies since those as early as the Neolithic period and perhaps for even longer. Religion has many qualities which capture the interest of human beings, such as its power to inspire faith and its communal rituals. However, one of the most important characteristics of any religion are the myths which the religion teaches. Religious myths explain the origin and purpose of the people, help people develop moral codes, and explain events in the nature, thus helping human beings to structure and understand the world.

A common feature of all religious myths is the creation myth, or cosmogony. These myths explain how the universe and the species on Earth came into existence and explain how the order of the world was created. Some myths focus on a chaotic and violent beginning while others focus on a divine being which created all things in the universe. Take for example the creation myth of the Boshongo. This story tells how Bumba, the divine creator being, vomited up the earth and several creatures, including men, and these creatures along with Bumba’s son, finish creating the other species of the Earth. The story closes with the line “thus from Bumba, the Creator, the First Ancestor, came forth all the wonders that we see and hold and use, and all the brotherhood of beasts and man,” (Hopfe 71). This particular creation myth is a vivid example of religious myth as a means to explain the origin of the world. This myth first explains that the Earth, animals and people were created by a special divine being. However, it also gives the people a reason to respect nature and the other species, since they were all created together and each animal which is originally produced is given the same amount of power to go and create other species, thus giving some order to the world.

Though the reason for moral and social codes may be found in some creation myths, each religion generally has other myths which explain the moral codes and often illustrate the reward for following or punishment for breaking the codes. An example of a myth which explains the social and moral codes of a people is the “Sioux Legend of the Buffalo Maiden.” This myth describes how the Sioux tribe was visited by a woman bearing a gift and instructions for the tribe. She begins by explaining how the tribe was picked for this honor because the tribe “has the distinction of always being very faithful to promises, and of possessing great respect and reverence toward sacred things,” (Hopfe 47). Therefore, this story begins by explaining how obeying the moral codes of the Sioux religion can result in rewards. The Buffalo maiden also instructs the members of the tribe to treat each other, their ancestors, and all of nature with respect and reminds them that their god Wankan Tanka is watching them. Through myths like this, religion sets up a moral and social code which helps human beings bring order to their world.

Religious myths also help people to explain events in the world, such as natural disasters, death, and birth. Some myths attribute these natural occurrences to deities or ancestors. For example, the Akkadian myth “The Descent of Ishtar to the Nether World” tells how the goddess Ishtar rescues her young lover Tammuz from the underworld. In doing so Ishtar “…gives new birth to nature and to humankind,” (Livingston 159). This myth “… personifies the ceaseless movement of the seasons…” (Livingston 159) therefore explaining a basic natural event and helping people to understand the rhythm of the world. It is a very basic function of religious myths to “…explain the whys and hows of the world,” (Hopfe 26), and there are many examples of myths which serve this purpose.

Religions are multifaceted and complex systems which contain many aspects that engage and attract humans. Religious myths have been an important part of religions everywhere, in part because “…myth can serve as a community’s key or charter…” (Livingston 63). Overall, religious myths help people to understand their world and to form order by explaining the people’s origin and purpose, helping people to build social and moral codes, and by providing explanations for natural events. Religious myths are indispensable and completely necessary for a religion to help people understand and structure the world.

Livingston, James C. Anatomy of the Sacred: An Introduction to Religion. 2008 Sixth Edition 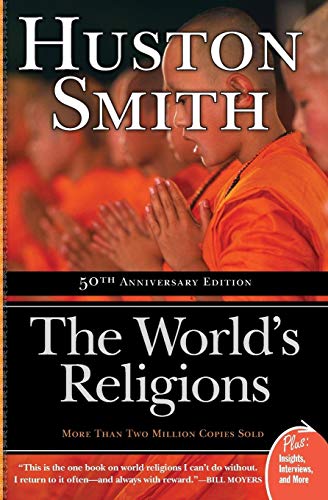 The World's Religions (Plus)
Buy Now