The Best Hip Children’s Music that Parents Will Love

Fostering a love of music in your children has numerous benefits, but some kid’s music may make you want to drive spikes in your ears when played on repeat. Luckily there are some great recording artists today that happen to make children's music. More and more indie musicians are breaking into the kid's scene, making for many happy parents.

Caspar Babypants is the stage name of Chris Ballew, also known for his band The Presidents of the United States of America. Caspar Babypants makes fun, silly songs that toddlers will love. The music is rooted in American folk, and parents will appreciate the whimsy and humor infused in the songs. My daughter loves their most recent album - it’s the cure to cranky car rides. You may be like me and find yourself listening to it when your child isn’t around.

Elizabeth Mitchell is a gorgeous children’s folk artist who is also a member of the band Ida. Her songs are gentle and calming, perfect for quiet reading or winding down in the evening. She's been releasing children's music since 1998, and was the first children's musician signed to Smithsonian Folkways. She’s released four albums of children’s music, one of which was voted Best Children’s Album of 2006. She has also collaborated with musician Lisa Loeb on another album of children's music.

Popular in the 1980s and 90s, you might be familiar with songs like “Birdhouse in Your Soul”. More recently they have begun releasing albums for children, which retain the goofy allure of their grownup music. Their first album of children's music, No!, is now considered classic family-friendly music. Their last album, Here Comes Science, is a great way to get kids interested in learning about science. It was nominated for a Grammy. 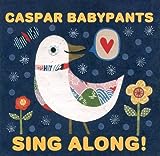 These are just a few of the great artists making quality children's music. Searching for children's music videos is a great way to try out songs and see if they appeal to your kids. I'm excited that my daughter loves music- I think it will spark her creativity and curiosity about the world. And, as a bonus for her parents, it helps keep her happy during long car rides.