Amanda is a keen traveller from Australia. She writes about her adventures to provide other travellers with insider knowledge.

Walking into the Beatles Museum, visitors are transported back to the 1960s with the music of the Beatles.

The old dock building has been used to create a series of displays each re-creating a part of the story of Liverpool's most famous export.

The childhoods of Paul McCartney, John Lennon, George Harrison and Ringo Starr were all struck by tragedy and the boys who each found expression in music stumbled upon each other to create a musical collaboration which flowered into a world-wide phenomena.

Many of their songs became life theme songs for teenagers of the 1960s, 70 and 80s. Visitors to the museum are emotionally impacted by seeing the displays and by hearing the songs - and many shed a few tears along the way.

A large souvenir shop stocks records and a wide range of band memorabilia.

The Museum is open every day, Monday to Sunday, except Christmas Day and Boxing Day.

Tickets can be bought online direct from the museum.

Trains leave London's Euston Station every hour, stopping at Liverpool's Lime Street Station. From there, taxis and buses are available into the city.

There are many hotels along the esplanade across the road from the museum. There are also apartments within easy walking distance.

See my article on Travelling well AND cheaply in Europe for travel tips.

The CBD of Liverpool has been made into a mall Liverpool 1 and is a very busy and pleasant shopping precinct.

James was a munitions worker but also had his own bank and composed songs.

Mary was a nursing sister and midwife. She died in 1956, leaving her husband to bring up Paul and his brother.

Paul graduated from Liverpool Institute HIgh School and excelled in Art and English. His father hoped he would become a teacher.

Paul McCartney live in concert with shorts of 18 Beatles songs

Parents: Harry and Louise Harrison. Harry was a bus conductor and Louise worked as an assistant in a green grocer shop.

The couple had four children, Louise, Harrold, Peter and Geroge (the youngest).

He disliked school and was rebellious, refusing to wear a school uniform.

George Harrison and Paul McCartney travelled together on the same bus to school. They both played guitar and music was a common interest. They became firm friends.

Geroge left school at 16 and became an apprentice electriciain at a department store.

Ringo's parents separated when he was aged 3. Elsie began working as a barmaid.

Ringo left school in 1955 and worked as a railway messenger, barman on the Mersey Ferry and as an apprectice joiner. He was nicknamed Ringo because he wore several rings.

Parents: Alfred "Freddy" and Julia Lennon. Freddy worked as a ship steward on a Liverpool-NewYork route. Julia worked as a cinema usherette.

In 1955 John's Uncle Geroge died. John's mother began to visit him more often but in 1957 she was killed by a speeding car when crossing the road after visiting John.

Formation of the band

John Lennon, who attended Quarry Bank High School formed a band when he was 15, in 1956, calling it the Quarrymen, after the school.

John and the band gave their second performance the following summer at St Peter's Church garden fete in Woolton. Paul McCartney heard them and asked to join but his aunt Mimi was not happy for Paul to be mixing with 'lower class' boys.

Geore Harrison was only 14 when he joined the band as lead guitarist although John Lennon thought Geroge was too young to join the band. A friend of John's from Art School, Stuart Sutcliffe joined as bass guitarist. Thus John, Paul, Geroge and Stuart became "The Beatles" in early 1960.

The band was planning to go to Hamburg to audition - but they had no drummer and invited Pete Best to join.

John Lennon's aunt tried desperately to prevent John, then 19, from abandonning his study at Art School to go to Hamburg.

During their time in Hamburg the band played several nights a week, learning a huge number of songs and becoming proficient musicians.

They returned to Hamburg in April 1961 and again in April 1962. Back in Liverpool they were allowed to use the basement of a woman's house which they transformed into "The Cavern Club", attracting local teenagers.

In 1962, the band appointed Brian Epstein as their manager. He had no experience as a band manager but persuaded them to improve their image by wearing suits.

Stuart Sutcliffe decided to remain in Hamburg, so the band replaced him with drummer Ringo Starr.

The band - John, Paul, George and Ringo - released its first album "Love me do" in 1962 - and remained together until 1970, performing worldwide, transforming popular music and becoming one of the most influential and successful music groups of the twentieth century.

Other Great Places to See in England:

Taking in the splendour of Bath Abbey

Valley of the Temples, Agrigento, Sicily

Treasures of the Greek and Roman city of Syracuse, Sicily

For stories on Italy see:

A huge peace offering - the Colosseum

Marvelling at the Sistine Chapel

If you're plannind a trip, check out my articles on how to plan your trip and save money without skimping on the quality of your travel expereince.

A great train trek from Paris to Sicily

Great things to see and do in Europe

How to stay connected online while travelling

And then you may feel persuaded to wend your way around Europe:

The Palace of Versailles, Paris 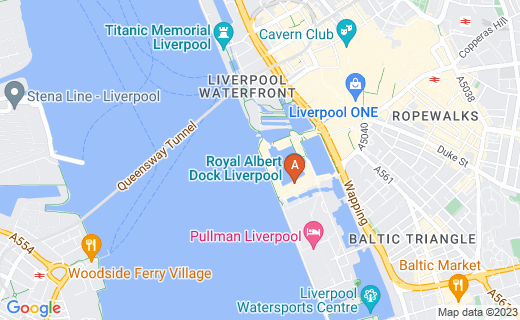 Was this article useful?