I stayed with Bob Dylan in Hawaii for several weeks

My friend suggested I write about the well known people I have met. When we counted them up I was shocked. I have met over a dozen people that I consider famous. Bob Dylan I knew the best out of all the stars I have met because I spent the most time with him. I am not the star struck type but I do think it can be fun to met popular people and realize they are just like you and I. Heres my true story about the time I spend with Bob Dylan.

Some 25 years ago I was on a extended surf trip that ended in Hawaii. It as almost like one day I woke up and I was in Hawaii. I was young so that is probably how it really happened ;-) I visited many islands and spent my days surfing the famed Hawaiian surf. One day I decided to stop traveling at least for a few years. I bought a car and continued to roam the island surfing camping and learning all about Hawaii. The whole adventure was amazing.

One day I went to the post office to mail a gift. As I left it started to rain very hard and I noticed 2 men on the side of the road carrying a large mail bag. Quite unusual, I stopped and offered them a ride they were soaked. They didn't really look familiar to me. I didn't recognize Dylan until days later. They invited me to stay at their place and said they had an extra room and no car ? Would I mind touring them around for a few days? They wanted to surf.

Oh hell yes ! Free room they paid gas and I took them to the surf spots that I was surfing at everyday anyways! I stayed with them a week before Bob asked me to take him to the store to buy this old Silvertone Guitar. It was black with a silver front. I still didn't know it was Dylan. He bought the guitar. I thought it was odd that the guy, Bob Dylan had a huge mail bag full of mail and lots of cash. But no car? What ever! So he brought the guitar back to where we were staying. I asked him if he could play the guitar he said kind of yes. He said did I ever hear this sound and started to play Tangled up in Blue. I felt so stupid I had been living with Dylan for over a week now and didnt even know it. They were nice to be, He was traveling with a friend, Bob found out I like to bake and cook and was buying food everyday that he wanted me to cook. I baked Dylan and his friend several cakes, I even frosted them. He and his friend stayed 3-4 weeks paid the rent on the place and took off to places unknown.

Dylan talked to me alot about the duality of existence, Dude was heavy. It was strange because I wasnt a real Dylan fan althought I enjoyed his lyrics. But I still wonder why the heck did I get to stay with him I know people that would pay big money to just visit for a few hours with him.

I met George Clooney too

One of Many Songs Bob Sung for Me 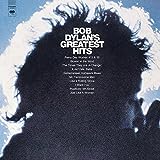