James Cagney, More Than A Gangster

Jimmy To His Fans

One of Hollywood's most famous male stars of all time (eclipsed, perhaps, only by "King" Clark Gable and arguably by Gary Cooper or Spencer Tracy), and the cinema's quintessential "tough guy." Cagney was also an accomplished song and dance man and easily played light comedy. In 1999, the American Film Institute named him among the Greatest Male Stars of All Time, ranking at No. 8. He was one of the founders of the Screen Actors Guild and president of the Guild from 1942-44.

Fifteen years after retiring, Cagney was the first actor to receive the American Film Institute's Life Achievement Award. In 1980, he earned a similar award from Kennedy Center. And, in 1984, he received the U.S. government's highest civilian honor, the Medal of Freedom.

Contrary to the popular perception created by scores of impressionists throughout the years, Cagney said neither "You dirty rat!" nor "All right, you guys!" in any film. 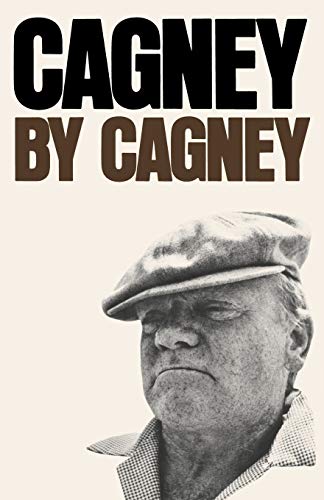 James Cagney was born in 1899 in New York's Lower East Side. His father was an Irish American bartender and well known amateur boxer, and his mother the daughter of a Norwegian ship's captain. It was from his maternal grandfather that Cagney inherited his red hair. The young Cagney had something of a reputation as a fighter, both in and out of the ring including a runner-up in the New York State lightweight title. He was good enough for his coaches to encourage him to turn professional, though his mother would not let him.

He learned early in life to make a contribution to the family income and he had a range of jobs as a teenager: junior architect, copy boy for the New York Sun, book custodian at the New York Public Library, bellhop, draughtsman and a night doorman. During high school, he worked wrapping packages at Wanamaker's Department Store. A fellow employee at Wanamaker's informed Cagney of a vaudeville troupe who paid its players $35 a week. Cagney went to audition, saying that he could sing and dance, when he could actually do neither. Nonetheless, his audition was successful, and his very first role was as a member of a chorus of servicemen dressed as girls in the all-male wartime revue, Every Sailor.

The next part he got was in the Broadway show Pitter Patter (1920) where he met his future wife Frances Willard (Billie) Vernon, a chorus girl from Iowa, then aged 16. They were married on September 28, 1922. During their early years together they made many tours of the Vaudeville circuit.

Cagney went on to star in numerous films, making his name as a 'tough guy' in a series of crime films beginning with the smash hit classic The Public Enemy (1931). The unforgettable "fruit facial" scene, in which he rams a grapefruit into Mae Clarke's nose is exemplary of Cagney's spontaneity, for the script called for him to slap Clarke with an omelette.

His career continued with Smart Money (1931), his only film with Edward G. Robinson (shot before The Public Enemy was released and made him an immediate sensation, Cagney played a supporting role), Blonde Crazy (1931), and Hard to Handle (1933).

After this, he continued to make a series of gangster films, always playing the tough guy. In 1934 he got to play a rough and tumble sailor in Here Comes the Navy, the first of nine movies he made with his close friend Pat O'Brien.

Cagney later played fictional gangster Rocky Sullivan in Angels with Dirty Faces (1938), and again worked as a gangster opposite Humphrey Bogart in The Roaring Twenties.

In 1942, Cagney got the chance to abandon his tough guy personna and tackle a role dear to his heart. He played George M. Cohan, the multi-talented, super-patriot showman, in Yankee Doodle Dandy, a role for which he won an Academy Award and a Critics Circle Best Actor Award. After completing Yankee Doodle Dandy, Cagney broke away from Warner Brothers to form his own production company with his brother, Bill. Together, they made four films: Johnny Come Lately (1943), Blood on the Sun (1945), 13 Rue Madeleine (1946), and The Time of Your Life (1946).

In 1949, Cagney returned to Warner Brothers to make the gangster epic, White Heat, in which he played a psychotic mobster with an odd fascination for his mother. He improvised to create the intriguing scene where he crawls into his mother's lap. His legendary performance climaxed with one of the cinema's most indelible images, that of the cornered Jarrett atop an oil refinery tank, screaming "Made it, Ma! Top of the world!" as he unloads his gun into the tank and perishes in the ensuing inferno.

He went on to star in such memorable hits as Come Fill the Cup (1951), Love Me or Leave Me (1955), and played the lunatic ship captain opposite Jack Lemmon and Henry Fonda in Mister Roberts (1955). He was also memorable as Admiral William F. "Bull" Halsey, Jr., in The Gallant Hours (1960), and as a harried Coca-Cola executive in the Billy Wilder farce One, Two, Three (1961).

In 1961 Cagney retired from the movies. He moved to his 800 acre ranch in Dutchess County, N.Y. with his wife. Cagney enjoyed his retirement, he was able to relax, read, play tennis, swim, paint, and write poetry. A far cry from his gangster image.

Already suffering from diabetes, circulatory problems, and recurring strokes, Cagney's health began rapidly deteriorating in retirement. Although he had been refusing movie offers for years, his doctors finally convinced him that a little work would do him good. He made his critically acclaimed 1981 comeback playing a small, but crucial role in Milos Forman's Ragtime. This encouraged the aging actor to appear as a grumpy ex-prizefighter in a television movie Terrible Joe Moran in 1984. It was his final film; two years later, on Easter Sunday, 1986, Cagney died of a heart attack on his isolated farm. At his funeral, longtime friend and colleague President Ronald Reagan delivered the eulogy, noting that "America lost one of her finest artists."

Cagney was a small, rather plain looking man, and had few of the external qualities usually associated with the traditional Hollywood leading man during the '30s. Yet, inside, he was a dynamo, able to project a contentious and arrogant confidence that made him the ideal Hollywood tough guy, the role in which he is best remembered. Of Cagney's energetic acting style, Will Rogers once said, "Every time I see him work, it looks to me like a bunch of firecrackers going off all at once."

Get Creative with Hub Pages