Music is Good for People

Music participation and listening prepare the brain for learning languages, maths and sciences; helps to heal the brain in times of head trauma and emotional upheaval; moves people to action, and uplifts the spirit. It doesn't matter whether the music comes from a Gospel choir, a washboard, a symphonic orchestra or GLEE on your TV - it all works a miracle.

Gospel music has always held onto a large audience in the Midwest and the Bible Belt of America, as well as other regions. This is despite the attempts of some newspaper critics to denigrate the genre and the singers who perform it. Major awards are presented to Gospel singers, writers, and albums every year, whether the naysayers like it or not. We have Gospel competitions local and national; choir competitions joining people on a global; scale to share cultures, the Gospel Quartet Competition down south, and more than I can list in one Hub.

Unfortunately, some critics dismiss family films that do not have extreme profanity, continuous gunfire, and blood and guts spilling all over the ground. To them, two deaths in this film - Joyful Noise - do not seem to be enough. How many funerals must there be, I wonder?

Above all, the film's intense argument scene between an abandoned and therefore single mother in her 40s and her teen daughter, including physical confrontation, is not enough for some of the newspaper critics. From Queen Latifah as Mom, her shouting side of the argument is the best description of single motherhood I have heard in several years. People are going to memorize it and use it in their own acting auditions. Expect to hear it often.

For decades Gospel Quartet competitions have been held in the American South and choir competitions have built steam and caught up with the those quartets in competitions and album releases. The Mormon Tabernacle Choir has been a go-to Christmas album producer ever since the invention of the phonograph - or almost.

Elvis Presley sang Gospel and in fact, he applied and auditioned to become a member of a Gospel Quartet and was turned down, so he went to Rock and Roll. He still recorded Gospel number after Gospel number and album - a favorite of mine is the song Run On.

Tina Turner learned to sing in church. How many successful Motown celebrities did not?

Carry Underwood is a Country and Gospel singer that won American Idol in recent years as well as various country music and other awards ever since. Gospel Music is popular - popular enough to have its own Top 100 list on Billboard Magazine online.

Liberian A Capella Youth Choir - Kuo (The Devil Is a Liar)

The music soundtrack is the first best reason to see this film (Nielsen SoundScan ranking #8 for the week ending January 22). My church lost its whole large choir and the choirs in Joyful Noise brought back the music I miss and even do a better job on performing. They deliver a message as well, be it in Gospel or Pop Music. For the faithful, it's about belief, but for the nonbeliever it's about unity of humankind. For both, it is about the wonders that music can do in a community and in an individual life. For fun, just watch the choreographed numbers at the competition at the end of the film.

Dolly Parton plays a choir master's widow and although she is aging a bit, she's not too old to tote a shotgun or get into a food fight. The songs she wrote for this film are superior to some of her others, so I was pleased by her contributions. She even makes fun of her own plastic surgery.

Queen Latifah is always good in her parts, and she's good and funny in this one. But sometimes she's pretty angry. From a poor community during the recent Recession, she fulfills the job of single parent as her husband earns money as a soldier in Iraq. One teen child is a daughter (KeKe Palmer with a HUGE voice) and the other is a son with Aspberger's, so the conflict is built in. Dexter Dardin gives an outdistancing performance as a teen on the Autism Spectrum that wants to join in but be himself as he figures out life and relationships.

Jeremy Jordan does a top performance as a new choir member with ideas. A newcomer from the Disney world of acting, he will become a top-name performer before long. Other stars include Courtney B. Vance as the pastor; Angela Grovey, choir member looking for love but jinxed; and several more entertaining people.

See the film and read about some choir competitions and competitors below.

Man in the MIrror

How Sweet the Sound Winners: VIDEO 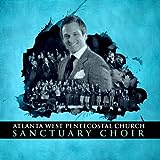 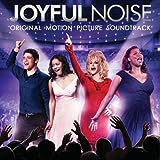 Joyful Noise (Original Soundtrack)
Music Soundtrack Album CD. The soundtrack is very good by itself without the movie.
Buy Now

A New Star in Joyful Noise