Justin Bieber has gone from teen YouTube singer to Celebrity stardom. And it seems the more famous he gets, the more the trolls come out of the woodwork and try to not only bring him down but make his fans look stupid.

Now as far as I am concerned stupid isn't dangerous. Well, now it is.

There seems to be a dangerous new game out there that some people seem to think is funny. They are urging kids to cut themselves to help stop Bieber from smoking weed.

Is there something wrong with Twitter? Can't they catch these stupid and sick scams before they hit the public? Surely there must be someone sat somewhere in an office keep an eye on Twitter traffic?

I remember a few months ago I went onto Twitter to have a go at someone who was stealing my articles, and within a few hours I got 'silenced' by the powers that be! And I am an adult!

Getting back to the Justin Bieber saga, the actual Tweet that started it all off went something like this:

Operation Cut For Bieber - started this morning using a hash tag on Twitter that proved so successful it was trending nationwide within hours … "You stop using drugs and we'll stop cutting'' Was the message to young Bieber fans. You make this world meaningless and we've lost hope, was the tweet from @brittanyscrapma, one of several fake accounts.

This was followed by loads of photos showing kids cutting themselves. Hopefully fake photos. 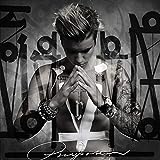 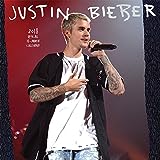 Why Are People So Evil?

The start of the Internet, especially Twitter YouTube and Facebook have somehow scrapped the bottom out of the gene pool and sucked up the evil and sick scum to the surface and spat them in the direction of our poor kids.

Who, lets be honest, are pretty gullible when it comes to fame and celebrity these days. Justin Bieber says jump, they ask how high?

Lady Gaga calls them Little Monsters, and they dress accordingly. It's a bit like the Pied Piper effect. I will blow the whistle and you will follow me aimlessly and blindly to wherever I ask.

Well, its got to stop. If Twitter can't keep an eye out for these evil sick and very dangerous 'Jokes' then it really needs to close down. Simple as that.

In the meantime, teens have to learn to read between the lines. Sit back and think, would Justin Bieber really ask us to do that? Come on kids, don't be naïve. You have more street sense than that.

Use this philosophy in life and you will never go wrong.

Never Ever Trust Anybody Until They Can Prove It. If They Can't Then Tell Them To Go Jump!

Trust in yourself, if it sounds wrong then its a guarantee that it is wrong. Don't let those Trolls make you look stupid. Because you are not.

And a message to Justin Bieber. Get off your backside and go on the TV and tell your fans. If it wasn't for them, you wouldn't be where you are today. Go figure.