The scene fades to black. Credits start to roll. There are not many: a few actors, a handful of technicians performing double and triple duty. Then, the final name. The director's name. Dare you say, the auteur's name? Your name. You have completed a film that has just been shown at a film festival.

Already a moment you will hold in your mind's memory forever. So imagine the enhancement diamond-encrusted turquoise water lapping against pastel stone would add to the experience. Your film, shown in paradise.

A dream? Cannes, you ask? Even better: reality in the form of a truly independent project started by a group of visionary university students in 2009. Kastav Film Festival, or KFF as the organizers like to call it, plays every year mid-June in Kastav, Croatia. KFF comes complete with a manifesto stating its mission; however, the over-reaching goal is to provide a public space for all filmmakers. Free. Gratis. That's right, no charge. There is no submission price; there's also no admission price. It's all for the "common good," as their manifesto states.

There are also no boundaries. All submissions are accepted. All films are displayed "regardless of their form or content," according to the manifesto. They do not censor films in any way. Of course, they are also not responsible for the content displayed. Indie filmmaking, at its subversive best.

KFF does dip into ideology. The "common good" to which they refer includes a lack of acceptance for the "usual" form of film festivals. I repeat, they are free, in every sense of the word. In fact, they go so far as to deny all established standards of filmmaking. "Institutions of power have no right to decide who will author" publically-displayed films, according to their manifesto. This is a film festival, after all, that has a manifesto.

As for the location, it is idyllic. Croatia as a country is a paradise of colors: greens of pine and grass and palm, white and bone-colored rocks, a pastel palette of tile-topped houses, and the impossibly blue Adriatic, the Mediterranean Sea's smaller, more beautiful cousin. The beauty almost hurts your eyes. Like Lot's wife, you can't stop looking, though. You needn't; you won't turn into a pillar of salt no matter how many nude Germans are sunbathing on the beach. Slip off your own suit and enjoy the sun and water; it's the best way, believe me.

Croatia is not cheap, by Eastern European standards. It is cheap by beach-vacation standards, though. A fish dinner – the fish having been alive that morning – will cost between $15-$30. Pizza to make Italians envious costs considerably less. And this is a country in which wine is cheaper than Coke, especially if you get up the nerve to knock on the door bearing the sign "pradaja vina," indicating the inhabitants have homemade wine to sell. If you're lucky, they may throw in a sack of sticky-sweet figs for free.

2013's Kastav Film Festival is being held June 14 and 15. Even if you're not a filmmaker, KFF would make a noteworthy addition to your itinerary. In addition to an unforeseeable selection of totally independent movies, the festival offers musical entertainment and a collection of young visionaries passionate about their art. They are looking to change the filmmaking world one movie at a time. Why not grab a bottle of pradaja vina and join their movement?

Far Corners: Bizovačke Spa, Croatia: Far Corners takes a look at some of the lesser-known travel destinations. Croatia is a hotspot, but this little spa town located between the Hungarian and Serbian borders in Croatia is still largely patronized by Eastern Europeans. 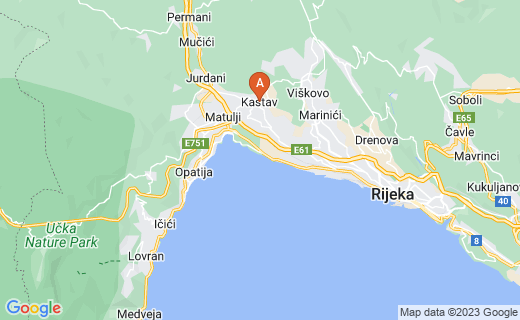