The King of the Dance-Hall Beenie Man

Beenie Man is one of Jamaica's most successful dance-hall artiste. Beenie Man was born Anthony Moses Davis on August 22, 1973. Beenie Man's career as DJ started in the mid eighties when he just a teen. According to the artiste he knew he wanted to be a performer from a toddler.

Beenie Man has had many hits and awards including winning the Grammy for Best Reggae Album of the Year 2001.

Beenie Man not only is a diverse artiste but a controversial one too. He has been known to do anti-gay music that got the the gay community in a stir. His visa was temporarily withdrawn in 2010 during the clamp down on US visas due to the violence against gays portrayed in the music. It was later discovered that Beenie Man had not done an anti gay song since the early '90s.

Beenie Man - King of the Dance-Hall 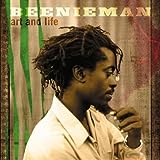 The crime of falling in love

Beenie Man fell in love and that started a feud that caused a rift in the music industry in to a greater extent the country.

Former girlfriend of Dance-hall icon Bounty Killer made the ghastly mistake of falling in love with Beenie Man. Michelle Downer aka D'Angel is beautiful talented and should never have fallen in love. Well that is the impression that Bounty Killer gives when he declared war on Beenie Man for dating and later marrying his former mistress.

It was speculated that the two broke up because Bounty Killer was an abusive boyfriend.

During an interview on a local television program, Beenie Man told the moderator how he and D'Angel started dating. They knew each other before as they were both a part of the music industry. It started one morning after an all night show where Beenie Man and D'Angel had performed. The dance-hall Diva took home some of the entertainers and made breakfast for them all.

The dance-hall king was so impressed that even though she was a part of the show and must have been tired, she found the strength to cook that morning, without getting any sleep herself. He also said the the saying "the way to a man's heart is through his stomach" applied to him in that instance because not only did she make breakfast but she was a great cook.

The couple got married on August 22, 2006. During the last five years the couple has had a few troubles with the couple separating in 2007, resulting in a the courts demanding that Mr. Davis pay children in excess of $100,000 per month.

The couple, however, sorted out their differences and reunited after being apart for approximately two and a half years. The couple now seem happy and content to the point where they have collaborated on a song that tell the world that they are back together.

The enmity between Jamaica's two most famous DJs did not start with the relationship between Bounty's ex and Beenie Man. This feud started a long time ago in the early '80s when both were just teens.

To the left is a video of a lyrical clash between Bounty Killer and Beenie Man at Sting 1993. Beenie Man is the one in white and Bounty Killer in Yellow. This is a friendly clash of words between the two. But as history would have it the war of words got worse. Beenie Man would go on to win award after award with Bounty coming up short in second place.

As Beenie Man matured so did his music and his attitude towards clashes and feud. He tried to downplay the war by saying good things about Bounty Killer to the press.

It is obvious that the two will never be friends but Beenie Man is happily married to the mother of his son and that is okay by him.

According to the Entertainment Report aired on Friday August 26, 2011 on TVJ Jamaica's leading television network, D'Angel has asked Beenie Man for a divorce.

In an interview with Anthony Miller, Beenie Man refused to disclose why his wife asked for a divorce. He stated the she asked him to get out of her life and he is complying to her wishes. He also stated that one human can only take so much and there comes a time when you have to wake up and realize what's going on.

Beenie Man further said that from now on he should be considered single and that he will not fight for custody of his son. He said in the interview that a person dies only once so he sees no reason why he should get married again.

The artist seemed subdued and repentant during the interview. H e also told Anthony that he was tired.