Mention the Chinese lion dance and the immediate images are prancing lions and loud noises. The lion dance is one of the most popular and best known cultural performances of China. The lion dance is now performed throughout the world during Chinese festive seasons, especially during the Chinese Lunar New Year, which usually falls in the month of February.

The lion dance dates back to the Han Dynasty of China ((206 BC – 220 AD). Actually China had no lion. Lions were introduced through the Silk Route most probably by traders from Persia, Afghanistan and Northern India. This much we know, but the actual beginning of the lion dance remains a mystery. The lion dance symbolises good luck and prosperity. Traditionally lion dance was performed only during festivals and special occasions. This would be accompanied with the letting off of fire crackers, and lots of loud noises from the accompanying drums, cymbals and gong. The whole lion dance performance is supposed to signify gaiety, and the letting off of fire crackers is to chase away bad luck, while welcoming good luck. One can safely conclude that wherever there are Chinese community, there will be lion dance when they celebrate their special occasions such as Chinese Lunar New Year, weddings, birthdays, opening of new businesses and new premises.

Just to make sure everyone knows how the lion dance is choreographed, the lion is handled by two persons. The one in front manipulates the head, while the other stands at the back flapping the body cloth.

There are two main styles of lion dance.

The Southern style lion dance is more aggressive in movements, incorporating kung-fu stunts and movements. There are two main schools in Southern style, the Fut-San (Buddha Mountain) and the Hok-San (Crane Mountain). The lion head is as impressive as the Northern style, but the body is less elaborate making it more agile for fast movements.

Watch the last video and you will know the difference of the two different drum accompaniments.

Historically, Southern lion dance troupes were formed from the various martial art schools or kung-fu schools. These schools were places where highly skilled kung-fu experts displayed their prowess and skills. These were the core units of the many Southern lion troupes. Very often, there would be clashes amongst these troupes to stay ahead of the rest. This is now history, and a more civil competition has taken over.

The traditional Southern lion dance would include a climax of “plucking the green” or in Chinese "cai ching" (採青), where the lion would have to prove its skill to pluck the green which would be hanging at a high position. The “green” would be in the form of a bunch of Chinese lettuce, accompanied with a red packet. This is the ritual performed by the lion dance to usher in good luck and prosperity. 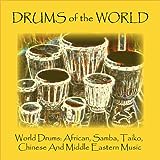 While the traditional lion dances of the Northern and Southern schools are still in practice, there is now the new-age lion dance geared towards entertainment and competition. The most popular and spectacular of these variations is the pole lion dance, where the lion shows its skills in performance on high poles. I think the country which popularizes this lion dance art is Malaysia, the country where I live. Pole lion dance competitions have taken popularity throughout the world, especially in China and Southeast Asian countries. The world champion team is currently held by the Malaysian lion dance troupe, the Kun Seng Keng Dragon and Lion Dance Association.

With the introduction of new lion dance movements and manoeuvrings, new designs of lion heads also emerged with assortment of colors to choose from. Even the drum accompaniment has variations with recorded music to complement the standard drum team.

Nothing can better describe the lion dance than a visual-audio display. I hope you enjoy the 6 youtube presentations below, depicting the Northern and Southern lion dances, and also the latest pole lion dance.

You would definitely enjoy the last video from a snippet from an old Chinese film, depicting a confrontation between the Northern and Southern lions. Listen to the drum accompaniments of the two different groups and you will know their difference.

Another Pole Lion Dance From Malaysia