Marco Polo, If You Can - A Cold War Spy Novel about a Real Mission

The late William F. Buckley Jr. (1925 - 2008) is well known as a leading figure, one could even say the father of, the revival of the Conservative movement in the United States following its near extinction during the New Deal era.

He was also a prolific writer, speaker and host of the long running (1966 - 1999) PBS public affairs show Firing Line.

While most people know about Buckley's writing on politics (he founded and was the long time editor the influential magazine, National Review) many do not know that he was also the author of a number of best selling novels.

Marco Polo, If You Can (Blackford Oakes Novel)
Buy Now

Buckley and Oaks Had a Lot in Common

Among his many novels is a series of eleven action packed spy novels detailing the espionage adventures of Buckley's fictional spy Blackford Oakes (there is also a twelfth book The Blackford Oaks Reader which is a non-fiction account describing how he came to write the series and how the character Blackford Oakes came about and evolved).

Oakes and Buckley had much in common. Both were born in 1925, both served as officers in the U.S. Army during World War II and both enrolled in Yale University following the war.

Upon graduation, both were recruited as spies by the CIA. In this they were following in the footsteps of America's first spy, Nathan Hale, who was also a graduate of Yale University.

Yale remained a major recruiting ground for military intelligence services providing many recruits for the OSS - Office of Strategic Services - during World War II as well as the CIA during the Cold War.

While Oakes ended up spending his career as a CIA agent, Buckley's time with the agency lasted about one year, part of which was on assignment as an field agent in Mexico City with E. Howard Hunt, of Watergate fame, serving as his handler.

Finally, both men hailed from upscale East Coast patrician families and both were Catholic, Conservative Republican (although Oakes' long time girlfriend was a Liberal Democrat and his polar opposite politically) and ardent Cold Warriors.

While suave and debonair like Ian Flemming's James Bond, Blackford Oakes does not outlive his creator and instead, is killed in an exchange of bullets with the traitor Kim Philby on what was to be his last assignment in 1988.

Even though Oakes dies nearly two decades before his creator, the book, Last Call for Blackford Oakes, which recounts Oakes' fatal last assignment was written and published three years before Buckley's own death from complications of old age.

Like any good spy novel, Marco Polo, If You Can, deftly blends fact and fiction in such a way as to make readers feel they are reading a true tale.

Much of the story is true in that the then Soviet dictator Nikita Khrushchev did make the first state visit by a Soviet chief of state to the United States in September of 1959 during which he was a guest of President Eisenhower at the President's retreat at Camp David.

Following Chairman Khrushchev's visit, President Eisenhower was supposed to meet in Paris the following year for a major East-West Summit Conference, however, this was canceled following the shooting down on May 1, 1960 of an American U2 spy plane by the Soviets.

The U2 pilot, CIA agent Francis Gary Powers, was taken prisoner and tried for espionage at a trial in Moscow parts of which were televised for propaganda purposes. While he could have been sentenced to death, the traditional punishment for spies, Powers was instead sentenced to ten years in prison, seven of which were to be at hard labor.

However, shortly after his trial a spy swap was arranged and, on February 10, 1962, at a bridge connecting East and West Berlin, the Soviets traded Powers for KGB Colonel Rudolf Abel.

Abel was a major Soviet spy who had been imprisoned in the U.S. since his capture in a raid on his apartment in Brooklyn, New York on June 21, 1957.

Like any history this information is freely available and was widely reported in the media at the time.

However, there are missing details and little mysteries in accounts of any event, current or historical. And, when dealing with spies and secret intelligence operations, there are usually a large number of missing details.

It then becomes the task of the novelist to fill in these missing pieces in such a way that the story becomes complete and readers find themselves caught up in a story rather than a readable distillation of the available facts. 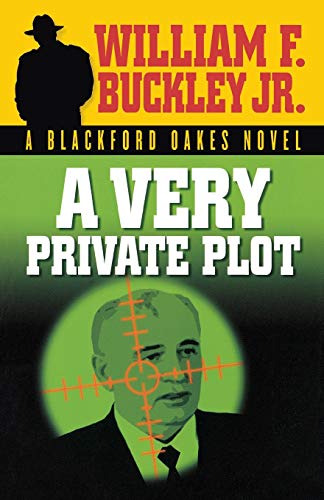 In Marco Polo, If You Can, Buckley substitutes Blackford Oakes for Francis Gary Powers, Hans Steiner for Rudolf Abel, a shadowy character known as Rufus, Oakes' CIA superior in the series, for the unknown CIA handler responsible for Powers along with a few other minor fictional characters.

The rest of the characters in the book from CIA Director Allan Dulles, to President Eisenhower to Nikita Khrushchev are all as real as the the publicly reported events described above.

Buckley then proceeds to fill in the untold parts of the story, many of which to this day remain shrouded in secrecy.

What information was the CIA seeking when it launched this flight? In the book President Eisenhower is deeply offended, actually outraged, when, after consuming a large amount of alcohol while a guest of the President at Camp David, Chairman Khrushchev suddenly calls Eisenhower Ike and pretends to scold him for swearing in meetings.

Eisenhower apparently did not mind close friends calling him Ike and nor mind being referred to as Ike on campaigns as it made voters feel he was one of them But for a stranger to call him Ike, that, to him was an invasion of his personal space and he did not like it one bit.

The President, who was known by those close to him to have a nasty temper in private, went to bed angry and, though he remained angry the next day he also cooled off enough to wonder how the Soviet Premier knew that he swore in private meetings with his National Security Council.

A Daring Plan to Flush Out a High Level Soviet Mole

There was obviously a Soviet mole with access to information discussed in the most secret councils of government.

But the problem was how to find the mole. After studying and pondering this, Rufus and Allan Dulles come up with a plan involving a U2 being shot down by the Soviets.

The plan is very risky and very elaborate as the Soviets must not only learn of the flight in advance but capture it despite the fact that they have no fighter plane or anti-aircraft artillery capable of reaching the 70,000 foot altitude that the U2 was designed to fly at. 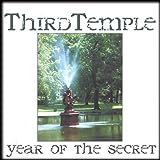 When Francis Gary Powers was shot down the U.S. government and the CIA first denied it was their plane, They next claimed that the U2 was a weather reconnaissance plan that had accidentally flown off course and into Soviet airspace.

When these standard deceptions used to deny responsibility when covert operations were exposed, they were forced to acknowledge that the plane and pilot were on a CIA initiated spy mission.

But this revelation, hardly a surprise given that the Soviets had a live American pilot, a U.S. aircraft and cameras with photos of Soviet military bases.

There were also questions as to how well trained this flying spy was given that he not only failed to take the suicide pill in his possession but also failed take any actions to destroy his camera, film and other compromising equipment.

Despite this, the CIA to this day, has claimed that the Soviets could not have downed the plane with anti-aircraft fire or attack by a fighter due to its being able to fly higher than anything the Soviets had in their arsenal.

The CIA also questions the Soviet claim that they shot the plane down with a surface to air missile which, if true, would have resulted in the death of the pilot.

A Loss That Was Secretly a Victory

In the novel, Buckley fills in the missing pieces and provides very believable explanations for all the questions that were raised about the mission.

In Marco Polo If You Can, the mission is part of a very clever plan of deception in which the downing of the U2 was but a part of a much larger plan intended to give the U.S. spy agency an a bigger victory in their clandestine war with their KGB counterparts. A victory in a battle the KGB didn't even know was being fought.

Like all of the books in this series, Marco Polo, If You Can, is an action packed spy thriller that leaves the reader wondering where the facts end and the fiction begins.

Links to Some of My Other Movie and Book Review Hubs